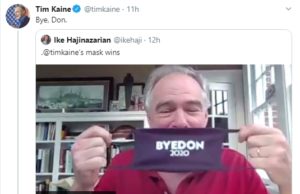 Saturday News: “What a Week’s Disasters Tell Us About Climate and...

lowkell - May 23, 2020 1
by Lowell Here are a few national and Virginia news headlines, political and otherwise, for Saturday, May 23. Ranking the global impact of the coronavirus...

Video: You Don’t Get Any More Ridiculous, Idiotic than the Virginia...

lowkell - January 25, 2019 2
I've watched a lot of Virginia General Assembly debates over the years, and while many have been interesting, eloquent, informative, etc., yesterday's State Senate...