Dozens From Around the US Rally Against Dominion’s LNG Export Terminal...

lowkell - March 13, 2016 0
We Are Cove Point, SEED, the Backbone Campaign and other groups from the mid-Atlantic and beyond gathered in kayaks and on land to show... 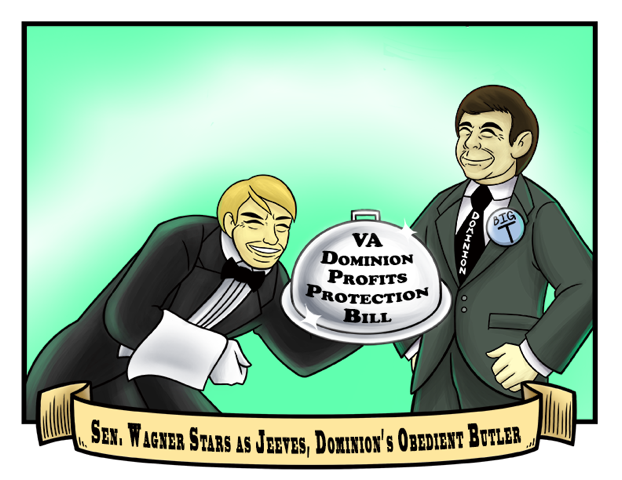 Dominion Resources and its regulated subsidiary, Dominion Virginia Power, are gambling big on natural gas. But while the utility giant will be a winner if gas prices stay low over the next 20 years, the risk of losing this bet is very real-and the risk is being borne disproportionately by Virginia consumers.

Ever since the shale gas boom sent natural gas prices into a tailspin beginning in 2008, Dominion has increasingly been putting its chips into gas. Its Virginia subsidiary just completed a 1,329 megawatt (MW) natural gas plant in Warren County, began construction last year on a 1,358 MW gas plant in Brunswick County, and last month announced plans for a 1,600 MW plant in Greenville County, to be operational in 2019. Virginia ratepayers will foot the bill for construction costs, plus the cost of operating and fueling these mammoth plants for decades to come.

But while Virginians tend to think of Dominion as an electricity provider, its bigger business line is in natural gas transmission and storage. According to the Dominion website, its subsidiary Dominion Transmission, Inc. maintains 7,800 miles of pipeline in six states and operates what it says is one of the largest underground natural gas storage facilities. Another subsidiary operates 1,500 miles of pipeline in South Carolina and Georgia. The company is moving aggressively to add and upgrade compressor stations and build additional pipeline capacity in West Virginia and Pennsylvania.

It is also angling to add a massive 42-inch diameter, 550-mile gas pipeline to run from West Virginia through Virginia to the coast in North Carolina. Promising a vast new supply of cheap fracked gas for industrial users, Dominion has won the support of lawmakers like Virginia Governor Terry McAuliffe while galvanizing opposition from landowners and environmentalists.

Meanwhile, Dominion has another game afoot, with plans to begin exporting liquefied natural gas from its Cove Point, Maryland facility. Upgrading the facility will cost the company $3.8 billion, and running the liquefaction facility will require 240 MW of power (using more natural gas). Natural gas is so much more expensive in foreign markets that Dominion considers the gamble worthwhile, even as it cites a U.S. Energy Information Administration study for the proposition that little or no natural gas would be exported if the U.S. price "increases much above current expectations."

It’s not just a pipeline — it’s fracking, pipeline, and a...

ir003436 - October 20, 2014 0
Sunday's WashPost (19 Oct) carried an excellent article in the Metro section that laid out the whole scheme -- fracking, pipeline, and export liquefied natural gas port -- that some folks don't want you to know about.

Homeowners and communities are unprepared for an invasion of their cherished private yards and public spaces.

The Mid-Atlantic region is facing an expansion of natural gas transport infrastructure that threatens communities' health, safety and homes. With increased hydraulic fracturing ("fracking") and plans to export liquefied natural gas (LNG), the gas industry needs supporting infrastructure. Beyond drilling wells, energy companies are building compressor stations and laying thousands of miles of pipelines. The Interstate Natural Gas Association of America has estimated that from 2011 to 2035 the industry must build nearly 15,000 miles of subsidiary lines - each year.

The article describes the environmental, noise, traffic, and social costs of fracking, pipelines, and the LNG terminal.  The author concludes that local governments must educate themselves then put in place ordinances to protect local interests.