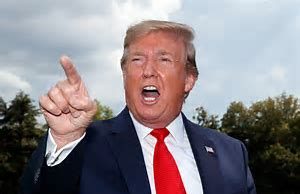 The Trump Crisis Intensifies with a Confluence of Events

Andy Schmookler - August 9, 2019 0
There is the old point of confrontation (the issue of impeachment) and the new, or newly escalated (inciting hate crimes). How will all this...

Dan Sullivan - January 11, 2015 4
It was Creigh Deeds' event, but guest Terry McAuliffe ran with it, ringing out the first and in the second year as Virginia's 72nd Governor. McAuliffe made his first campaign stop of 2015 supporting his former gubernatorial rival and using the opportunity to tune up on this year's legislative agenda.

A year after taking office, the Governor took the opportunity to climb on the soapbox to emphasize the issues he ran on and report progress. He enumerated a number of issues, but jobs and healthcare were the bookends claiming substantial progress on one and frustration with the other. On jobs, he pointed out that the state faced strong headwinds, losing nine billion dollars in defense contacts the last three years; more than any other state in the country. So, he has set out re-purposing Virginia's economy to make it less reliant on the federal government. That is what he thinks about every single day.

McAuliffe announced that there would be a booklet published today, the first anniversary of his inauguration, outlining accomplishments during his first year in office. Highlighting successes on jobs, he said his whole emphasis is on how to build that new economy. And in that effort he has become the most travelled governor in our nation's history. The results so far include 265 economic deals and $5.4 billion in direct investment; double what any governor has ever done on job creation.