Democratic Party of Virginia (DPVA) Outraises Virginia GOP by 4-1 In...

lowkell - July 26, 2018 4
Good news from the Democratic Party of Virginia (DPVA), as the Virginia GOP was a disaster under former Chair John Whitbeck. We'll see if...

VA GOP Should Donate to Charity Every Penny Given to It...

lowkell - January 28, 2018 10
Given what a scumbag Steve Wynn is, and given that Virginia Republicans called on Democrats to return money from Harvey Weinstein ("the Republican Party... 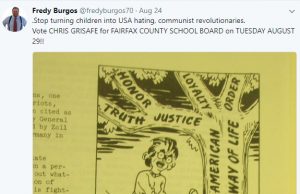 lowkell - August 28, 2017 12
Sadly, the only thing surprising about this is the fact that the Virginia GOP's "disgusting," "reprehensible" "bigotry" is actually being called out, for a...

With 93 Days Until the Election, Who’s Winning the Social Media...

lowkell - August 6, 2017 2
With just 93 days until the 2017 general election here in Virginia, how are the statewide candidates and parties doing on social media --... 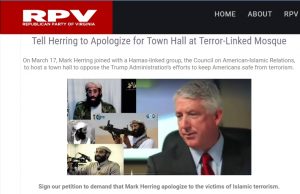 lowkell - March 21, 2017 0
This is bigoted and demented, even by the Republican Party of Virginia's low, low "standards." Of course, the chair of their party is best... 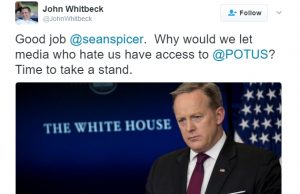 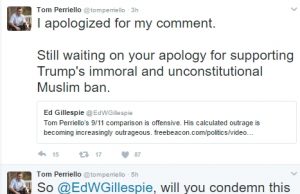 Virginia GOP, Perriello, Northam, Gillespie Get Into It Over Comparison of...

lowkell - February 15, 2017 9
Looks like the Virginia governor's race is heating up, both on the Republican and Democratic sides. Check out the following flurry of tweets following...

Sensing a rising tide of sentiment against the prospect of Mayor Jones' candidacy for DPVA chair, it seems the "powers that be" have chosen to short-circuit the process. This further solidifies the argument that Jones is no more than a strawman for whomever feeds his self-perceived competence.

While this certainly will save the Central Committee substantial time and effort at the meeting on March 15, if true, the announcement will come as a pre-emptive strike that is not so surprising, yet will serve to allay any illusion that the DPVA functions for the benefit of its members. And it will be good news for the Republican Party of Virginia, despite themselves, because it would guarantee that the DPVA will lack the focus required to maintain control of the State Senate beyond 2015.

The best part of this ham-handed move is that it alienates the party members who reside in districts that are currently held by Republicans; as in the grassroots members who the DPVA needs the most to accomplish any gains anywhere. While a competent, experienced, incumbent Executive Director would be able to manipulate a marionette Chair with one hand, it will probably require both hands just to keep the ship steady in the heavy rolls that can be anticipated with the staff changes that have already taken place.

Advice to the powers that be: don't ask for unanimous consent or acclamation at the Central Committee. It doesn't exist.

Update: The revised version from the RTD.

The world’s smallest violin is playing for Ken Cuccinelli and his...