Congratulations, Koch, on your new House!

Congratulations, Koch Industries, on your purchase of a brand new US House of Representatives!  We hope you enjoy your new House.

Please keep in mind that your ownership of this product comes with important limitations. These are articulated in the Constitution that came with your product. Please review this document carefully.  Failure to follow this Constitution could invalidate your warranty.

In order to prolong the life of your purchase, we offer the following tips on care and cleanliness:

We recommend that you not apply excess pressure to your new House.  Doing so could cause the more fragile portions of this product to break off in 2 years.  (We have learned this from previous customers' experience.)  WARNING: Exerting extreme pressure on this product could cause it to blow up in the owner's face.

What the Tea Party Is, and Is Not, and Why Both... 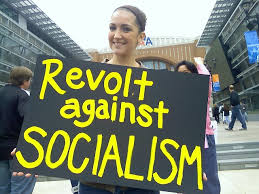 PART I: Why is the media so fascinated by the Tea Party, a bunch of loud-mouthed kooks who are likely no more than 18 percent of voters, if that? Answer: That's not exactly what they are ("loud-mouthed kooks"), the media loves an aggressive rant, and the media is also being paid well for their gig as purveyors of right wing agitprop. But wait, there's more, a lot more, and the reality is far more dangerous.  Indeed. While all those amused or ugly assessments of the TP ----as wild-eyed extremists, as astro-turf funded by sinister Big Money corporotists, or as a flock of little more than your typical Republican Glen Beck dittoheads whose nasty nuttiness will naturally be rejected by the electorate at the polls----- may comfort Democrats because there is some truthiness to them, none of it makes a difference right now, including for the 2010 elections. None of it.

Bill McCollum, His Friend Jeb and His New Friend, Cooch

If you know anything about Florida's AG, Bill McCollum, you probably know he was one of the House Judiciary Committee Republicans hell-bent on driving Bill Clinton from office.  Ironically, though, when earlier he sat on the Iran-Contra Investigation Committee, he wasn't big on voting to prosecute President Reagan and Vice President Bush for arming our enemies and waging an illegal war in Central America, which Congress expressly forbade. Grandstanding is McCollum's middle name, though.  Is it any wonder that he also has a penchant for hanging around the wrong folks.  For example Jeb Bush just happens to call him friend here.

Bill was once the congressperson for Disney World.  And amusement park representation is just what you get with both Bill and Cooch.  Today, both AGs have filed frivolous lawsuits trying to upend the nation's health care reform bill.  Both will lose (badly).  And both are wasting the court's time.  Isn't there an opt-out provision anyway?  So what the hell is Ken doing with our  money.  Oh, that's right, he claims he's not spending any of your money while he wastes his time and doesn't do his real job.