The June 14th Democratic primary for Arlington County Board is just 2 1/2 weeks away, and the tempo of endorsements, mailers, etc. is increasing. Yesterday, for instance, the smart growth website Greater Greater Washington (GGW) strongly endorsed Erik Gutshall “in his efforts to unseat incumbent Libby Garvey.” GGW had good things to say about Gutshall — having a “forward-looking” vision for Arlington (unlike Garvey), on housing affordability and transportation — but the gist of the endorsement was a loooong explanation for “Why you should not vote for Garvey.” I encourage everyone to read the entire thing, as it’s all spot-on, but here are a few highlights (bolding added by me for emphasis), with my comments.

GGW’s conclusion is the same as mine and many other Arlington Democrats – Del. Rip Sullivan, Del. Alfonso Lopez, Sen. Adam Ebbin, Former Sen. Mary Margaret Whipple, School Board member Reid Goldstein, Clerk of the Court and former County Board Chair Paul Ferguson, and many more, as well as the Arlington Education Association PAC: the clear pick for Arlington Democrats on June 14 is Erik Gutshall. (Now, if only hordes of Republicans don’t turn out for the Democratic primary to vote for their pal Libby Garvey…)

With that, here’s Gutshall’s latest mailer, which charges that Libby Garvey has made “rash suggestions to send kids to school as early as 5AM, ending the day for others as late as 11PM,” as the school overcrowding “crisis moves into its sixth year.” 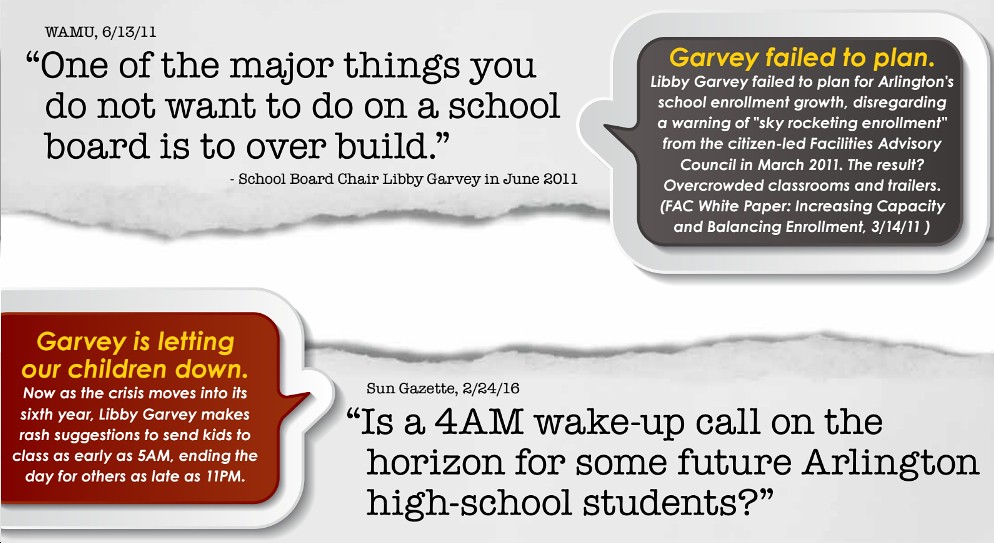 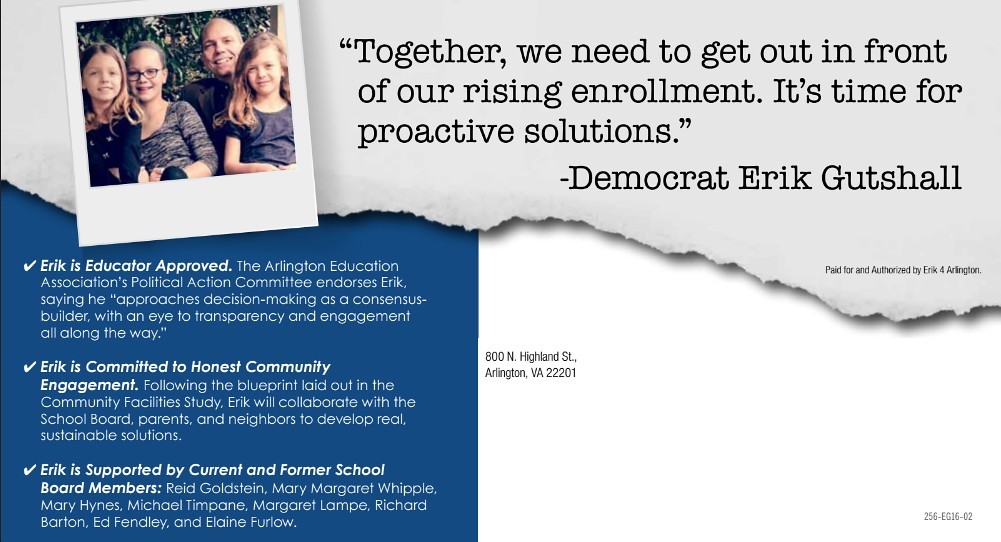