UPDATE 9:44 pm: According to Daniel Lagana of FCDC — “Tons of energy at tonight’s Fairfax County Democratic Committee School Board endorsement meeting. Congratulations to Karen Keys-Gamarra on winning the endorsement, and thank you to all of the candidates for running. We had seven eminently qualified candidates on our ballot tonight. By contrast, the GOP managed only one candidate in their endorsement meeting, with no serious educational experience, to replace a seat made vacant by a Republican no less. The special election to fill the vacant school board seat is August 29 at your regular polling station. The atmosphere was incredible tonight (can anyone say Abrar Omeish, wow!), on to victory on August 29.”

UPDATE 9:42 pm: According to Chris Ambrose, with 430 votes cast, Karen Keys-Gamarra won the FCDC endorsement. Congratulations to Karen (who I supported/endorsed); now let’s win the special election by a big margin!

According to Chris Ambrose of the Fairfax County Democratic Committee (FCDC), “between 400 and 500” people attended tonight’s meeting to endorse a candidate for Fairfax County Public School Board. Chris adds that this is “Probably twice the turnout of the Republican caucus in the 42nd district and that race had more than 30 times the eligible voters.” Currently awaiting results…the winner to face this guy, who the Washington Post described in his 2011 run for County Board as having a “tissue-thin” grasp of “policy and politics,” as well as a complete lack of “any experience or qualification for the job.” 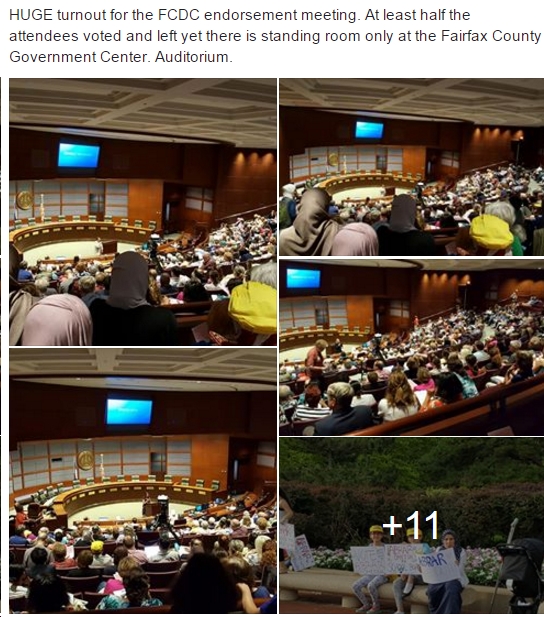 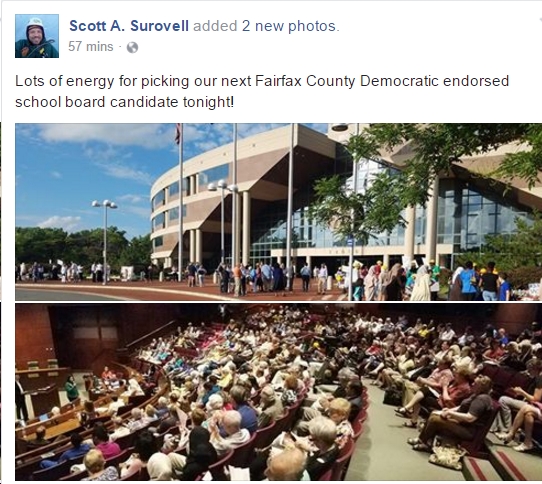 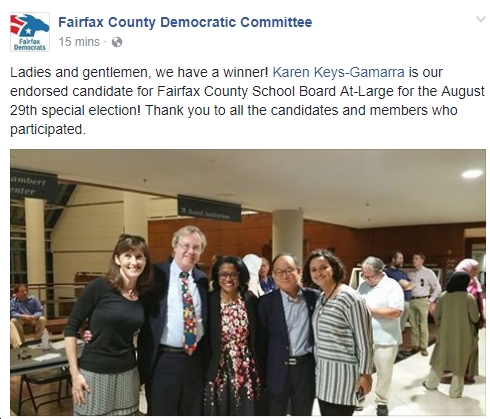