So much for the latest rumors – see screenshots, below – being spread by the Trumpsters (e.g., Virginia Sen. Amanda Chase) on social media, “Big League Politics” (the same right-wing website that broke the “blackface” story), etc. First, check out the screenshot of Trumpster talk radio host John Fredericks debunking the story – “The stupid social media rumors about @GovernorVA going to #OuterBanks are false…this is nonsense…STOP!” Also, I confirmed this morning with Gov. Northam’s Chief of Staff, Clark Mercer, that this is, indeed, FAKE NEWS with zero basis in fact. Now, I’m sure we’re all shocked that someone as credible and reliable as Amanda Chase would be spreading fake news and crazy, right-wing conspiracy theories, but…yeah, said nobody ever! LOL 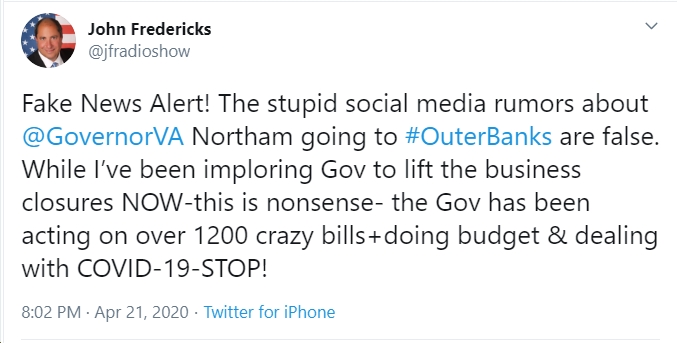 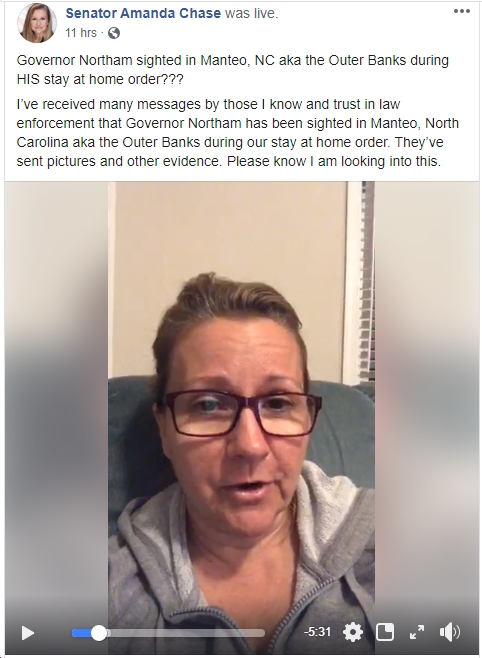 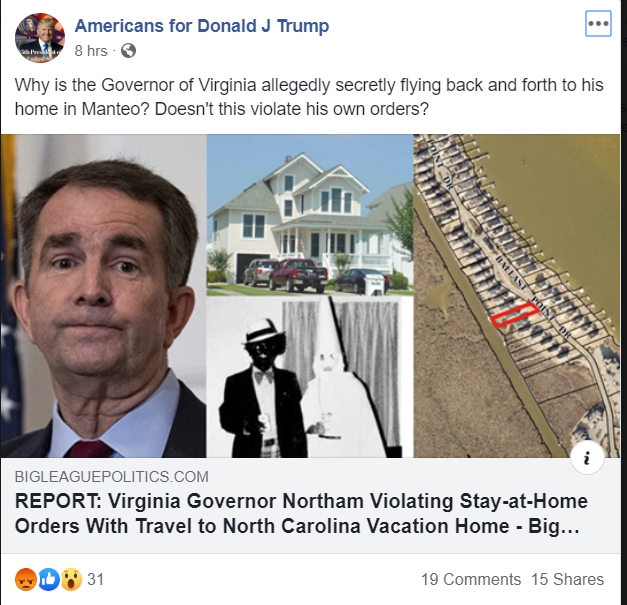 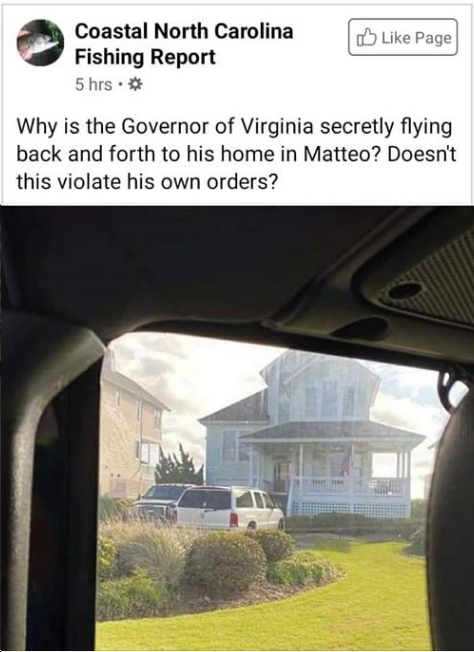