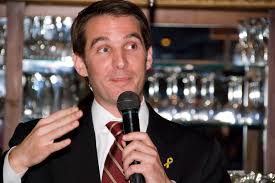 Glenn Nye’s statement (see after the “flip”) that he will vote “no” on health care reform is not surprising, but it’s extremely disappointing nonetheless. I strongly disagree with Glenn Nye on the merits of his decision as well as on the politics.

On the merits, or lack thereof, I simply don’t buy the arguments Nye is making here. For instance, does Nye really think that Jim Webb would have voted for this bill if it endangered Tricare?  Nope, didn’t think so. As far as the “cost of the bill” is concerned, the CBO has already settled that issue – the Senate bill “will reduce the deficit by $130 billion over the first ten years and possibly $1.2 trillion over the next ten years.”  Finally, on the last point (children’s hospitals), I discussed that here:

…Nye claims the House healthcare bill would cut “funding” for children’s hospitals, yet the fact is that most of the cuts for hospitals are from a reduction in federal reimbursements for emergency care, which will be made up by individuals who would become insured under this legislation. In other words, the bill represents a cut in federal funding, but not necessarily a cut in the hospital’s total revenues or profits. What’s more, the hospital industry association agreed to this tradeoff, as part of its $155 billion deal with the White House. Was Glenn Nye against that deal? Did he speak out against it at the time? If not, why not?

In sum, none of Rep. Nye’s “arguments” against health care reform make any sense at all.  But what about the politics? Obviously, Nye is calculating that progressives and “base” Democrats will be pissed (although I believe he’s underestimating how pissed), but that they ultimately will “suck it up” and vote for him anyway. Nye is also clearly calculating that he will pick up support from independents who hate this bill. With regard to the “base,” comments like this one – Del. Lionell Spruill declaring, “If Glenn Nye is not for it, I will not be there to support him. He owes the president that vote, as far as I’m concerned.” – illustrate the scope of Nye’s problem. I’m not sure how he solves that by election day. With regard to independents, I’m sure that a percentage of them will be assuaged by Nye’s opposition to health care reform, but my guess is that a lot more of them – particularly the “Tea Partiers” – will vote for Republican Scott Rigell regardless. We’ll see, but I tend to believe that, when given the choice between a real Republican and a “Republican lite,” independents will vote for the real Republican.

P.S. I think this comment at Daily Kos neatly sums it all up: “So he is choosing CERTAIN defeat…rather than standing up for Americans, voting on the right side of history and taking his chances on the courage of his convictions. Coward.”

Nye’s statement after the “flip.”

Washington, DC – Citing potential problems for TRICARE recipients, the cost of the bill, and cuts to children’s hospitals, Congressman Glenn Nye announced this evening that he will vote against adopting the health care proposal under consideration in the House of Representatives.

“Over the past year, I have spoken with countless small business owners, families, medical professionals, and average citizens across Virginia’s 2nd District, and it became very clear that this bill was not the right solution for Virginia’s health care challenges,” said Congressman Nye. “There were many strong points in this bill that I would have been happy to support individually, but the package as a whole had serious problems.”

The original version of legislation in the House had specifically exempted TRICARE from being affected. However, when the final bill language was released on Thursday afternoon, it was revealed that neither the Senate bill nor the reconciliation package contained an exemption for TRICARE.

“Our military families need to be able to count on their health care benefits, and I am not willing to risk negative consequences for our military personnel and their families, particularly at a time when our troops are serving overseas in harm’s way,” said Nye.

Nye also expressed concerns about the potential for severe cuts to children’s hospitals, including the Children’s Hospital of the King’s Daughters (CHKD) in Norfolk. The House version of the health care legislation, which Nye opposed last November, would have resulted in a $10 billion annual cut in funding to children’s hospitals. Rather than addressing this problem, the final package actually increased the cuts to $16 billion.

“This bill did not fix the key flaws with the original health care bill, including devastating funding cuts for CHKD in Norfolk and I am not convinced it will effectively reduce the cost of health care for families and small businesses,” said Congressman Nye.

Despite his opposition to the legislation, Nye reiterated that he is committed to passing meaningful reforms of the health care system.

“There are commonsense steps that we can take right now to make a real difference for Americans: repealing the antitrust exemption for health insurance companies, creating a high-risk pool for people with preexisting conditions, establishing an exchange that allows families and small businesses to have more choices, and cracking down on fraud and abuse,” Nye said.

“I know there are some people who will be disappointed with my vote, but I believe that I have a firm duty to vote my conscience and represent the best interests of my district. As much as we need health care reform, we also have an obligation to enact responsible changes for the American people, and to restore their trust in government,” Nye concluded.