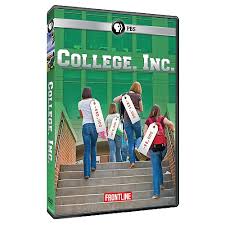 The following letter was sent to Brian Moran on July 12, 2011, by former Director of Nursing Betty G. Kenley and her husband, Dr. James B. Kenley. The letter references this Richmond Times-Dispatch story, in which DPVA chair/for-profit “college” industry head Brian Moran claims: that public schools are heavily subsidized, while a for-profit school “pays taxes” (putting for-profits at an unfair advantage, apparently); that students at public schools are more interested in “various and sundry other activities” than specifically in getting an education; and that for-profits are at a disadvantage because they don’t have “‘wonderful sports teams like Virginia Tech and U.Va.’ to attract students.” Yes, this guy really is the head of the Democratic Party of Virginia. Hey, don’t blame me, I didn’t support him! Anyway, with that, enjoy the letter (bolding added by me for emphasis).

It is embarrassing to us that our Chairman of the Democratic Party of Virginia appears so ill informed about a serious problem and supports the continuation of some schools that do not meet minimum Virginia nursing standards.  “Schools Are Under Scrutiny” in the Richmond Times Dispatch on Sunday, June 26, 2011 is the article we reference.

We found your remarks appalling. State colleges do not make profits and therefore can charge less.  Furthermore, the University of Virginia receives 6.3% of its budget from the state general fund and most people would not consider that the university is “heavily subsidized” as you stated.

Your remarks centered on cost and we would urge you to become more knowledgeable of the educational programs. Your lack of knowledge about nursing was evident. Value is a function of quality and cost. We have attended the Board of Nursing hearings, which are open to the public, regarding some of these nursing schools. It is shocking. Many lack stable faculty, in addition some lack equipment and supplies.  The percentage of graduates passing the licensing exam is low and unacceptable since the minimum standard is 80%. Would you choose these graduates to care for you or your family? As consumers of health care we are concerned about the quality of our graduate nurses in Virginia and hope that you would be too.

We urge you to spend a day at one of these hearings and experience the dedication of these nurses in maintaining standards that were established in order to protect the public.

P.S. As a Virginia Democratic friend of mine put it, this letter and the comments by Brian Moran in the Richmond Times-Dispatch article “prove that it is untenable for Brian Moran to hold these two jobs simultaneously, and he needs to resign from one or the other immediately.” In addition, “By speaking out in this way in Richmond’s leading newspaper, he is engaging in what amounts to lobbying the many members of the RTD audience who are part of the Virginia government, thereby violating the spirit if not the letter of the Virginia law that says that the head of a Virginia political party cannot be a lobbyist.”