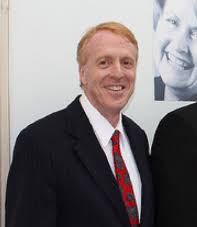 Great response by Senators McEachin and Barker to Gov. McDonnell’s budget. The bottom line, according to McEachin and Barker: “we are concerned that aspects of the budget Governor McDonnell has put forth will damage Virginia and our economy by cutting hundreds of millions from public education and critical initiatives for children and families.”

(Richmond, VA) Newly-elected Senate Democratic Caucus Chair Donald McEachin (D-Henrico) and Senator George Barker (D-Fairfax) delivered the Democratic response to the State of the Commonwealth Address this evening, calling for both parties to come together to protect funding for our public schools.

Senators Barker and McEachin expressed Democrats’ desire to keep doing things the “Virginia Way”, putting problem-solving above partisan bickering. But both senators expressed grave concern with the deep cuts the Governor is proposing to public education, including cuts to Pre-Kindergarten programs and to cost-to-compete education funding, and with his desire to divert General Fund money, money which funds public education, to pay for transportation projects.

We’re happy to be with you to discuss our future as Virginians. We have challenges. We have opportunities. And, most important of all, we have responsibilities.

Governor McDonnell presented some lofty goals tonight.  We embrace challenges and will work with the Governor, Republicans in the legislature, and all Virginians to meet many of them.  Two years ago we adopted a bold plan to restore Virginia’s pension system to fiscal health.  We are pleased that the Governor’s proposed budget restores funding as promised, honoring our commitment to teachers and State employees.

Over the past decade, under Governors Warner, Kaine, and McDonnell, Virginia has received many accolades: Best State for Business, Best Managed State, Best State for Children.  We have achieved such recognition by working together, Democrats and Republicans, in the interest of all Virginians.

Although our economy struggled recently, Virginia has done far better than most states, with unemployment well below the national rate.  Over the past two years, we have partnered with the Governor and our Republican colleagues to help create more jobs in Virginia. We worked with Governor McDonnell to increase funding and improve targeting of money to bring businesses and investment to Virginia.  We have put your interests and problem-solving before partisan bickering.

Over the last several years we cut 6 billion dollars and balanced the budget without raising taxes. We also did it without decimating support for education, public safety, and services for children, the elderly, and those with disabilities.  We look forward to working with the governor to pass a budget that is best for all Virginians.

But we are concerned that aspects of the budget Governor McDonnell has put forth will damage Virginia and our economy by cutting hundreds of millions from public education and critical initiatives for children and families.  Rather than making such cuts, we should be meeting our legal and moral responsibilities to our children and families.

In the past Virginia has met many needs with limited state funds by partnering with local non-profit agencies.  However, the Governor’s budget would eliminate funding for teen pregnancy prevention programs and centers protecting victims of child abuse, and slash support for free clinics and community health centers, among others. We and our children need these programs.

Particularly short-sighted are cuts to pre-Kindergarten programs that put disadvantaged children on a path to success.  These programs serve children who need to catch up to their peers before starting kindergarten.  Studies have shown that children who come to kindergarten well-prepared are more likely to graduate high school, have higher earnings, and are less likely to be arrested.  We all have an interest in continuing Virginia’s tradition of investing in our children.

The governor is also short-changing our kids by proposing to eliminate so called “cost-to-compete” money for our local school districts. This fund allows our localities to keep the best and the brightest school personnel here in Virginia, instead of losing them to higher paying states. This amounts to a nearly 65 million dollar cut to Northern Virginia schools alone.

And now I’d like to re-introduce Senator Donald McEachin.

Senator McEachin: Overall in this, his first budget, the governor is cutting Pre-K and K through 12 public education by hundreds of millions of dollars. His proposal to take more sales tax revenue to fund transportation is perhaps where we have our strongest disagreement. Governor McDonnell’s program would take 110 million dollars out of the General Fund, which is money that pays for our schools.

And taking money from education is a terrible approach to transportation funding.  The governor needs to work on a real long-term solution to funding transportation instead of treating public education as a piggy bank to be raided. Taking money out of our classrooms to pave roads doesn’t  help build Virginia’s future. It doesn’t help our children and it doesn’t solve our transportation problem.

We also oppose another Republican pet project, giving big corporations tax breaks for donations to private schools. We need to educate all of our children, not just the select few who can afford private schools. We strongly believe taxpayer dollars should be used for public education, not for rich private academies.

Weakening our public schools will not only hurt our children’s ability to compete in a cut-throat global economy, but also will make our state a less attractive place to do business. Last year, as in several years past, Virginia was named the “Best State for Business.” We earned that title for a variety of reasons, including education, a category in which received one of the highest ratings.  Businesses will choose to come here if they know their employees’ families will be happy and their children will get a good education. We want to be a first choice for businesses so we can offer good-paying and numerous jobs.

This past November the voters of the Commonwealth elected 20 Democrats and 20 Republicans to the Senate, so to pass a budget we need to work together. We will work with the governor and with senators and delegates of both parties toward putting Virginia on the right track to economic growth, but we will not agree to short-changing our children and our future.  Short-term band-aids are not a real solution to problems. Public education, transportation, a well-run and efficient state government-these are important priorities and all of them will determine whether Virginia is a state that leads the country with a robust economy in the next decade, or whether we fall behind.

We have obligations to future generations, and I hope we can all keep that in mind this session.

So I say tonight to the governor and his party, we share many of the same goals; let’s work together to make progress this session. That is what the people of this great commonwealth voted for and that’s what they deserve.

Thank you, and God bless the Commonwealth of Virginia and the United States.