It’s refreshing when a leading Republican admits it for a change: their party is all about appealing to angry white men, stoking their anger (against all those “minororities”, as Archie Bunker liked to say). The problem, as Graham points out, is that they’re not generating enough “angry white men” to keep the Republicans a viable, national party much longer. such a shame.

On the other hand, take a look at Team Romney (on the “flip”). Does this look like America to you? Maybe if “America” is defined as “Father Knows Best/Mythical 1950s America with all the Black People Removed from the Picture” 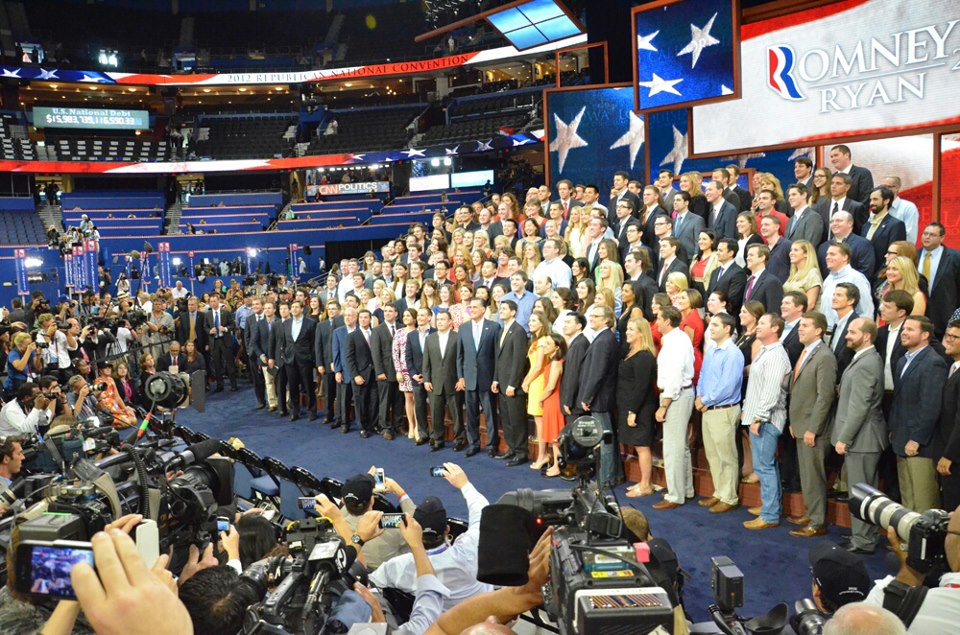