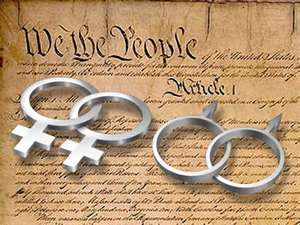 I’m glad to see this from Sen. Warner.

I support marriage equality because it is the fair and right thing to do. Like many Virginians and Americans, my views on gay marriage have evolved, and this is the inevitable extension of my efforts to promote equality and opportunity for everyone. I was proud to be the first Virginia governor to extend anti-discrimination protections to LGBT state workers. In 2010, I supported an end to the military’s ‘don’t ask, don’t tell’ policy, and earlier this month I signed an amicus brief urging the repeal of DOMA. I believe we should continue working to expand equal rights and opportunities for all Americans.

Now that Sen. Warner’s done the right thing on this crucial LGBT equality issue, I hope that he also “evolves” on a couple other issues: 1) saving our planet from climate disaster by getting off of fossil fuels (including opposition to the Keystone Canadian tar sands pipeline) and onto clean energy ASAP; and 2) focusing his efforts far more on economic fairness and social justice, and far less on obsessing over the deficit/debt with his Republican pals (e.g., Saxby) in the “Gang.” Hey, a progressive can dream, can’t he? 🙂

P.S. Oh yeah, he could also tell the NRA where to shove it…