The ACLU of Virginia announced today that it will be filing suit in federal court to challenge the constitutionality of Virginia’s laws denying same sex couples the freedom to marry or to obtain legal recognition of any kind for their unions. Lawyers from the ACLU of Virginia will be part of a team of lawyers from the national ACLU and Lambda Legal that will be arguing that the Virginia constitution and statutes denying the freedom to marry violate the federal constitutional guarantee of equal protection under the law.

“Since the Supreme Court’s ground breaking ruling on the Defense of Marriage Act, it remains unclear what exactly the decision means for loving gay and lesbian couples in Virginia,” said Equality Virginia’s Executive Director, James Parrish. “We applaud and support the actions of the ACLU and Lambda Legal to help bring all of the benefits, rights, and responsibilities that come with marriage equality to every family in Virginia.”

As part of our mission of changing hearts and minds, Equality Virginia is working with the ACLU of Virginia and Lambda Legal to identify Virginia couples and families who are willing to share their stories publicly as part of the freedom to marry initiative. Stories are being collected through an online survey at http://action.alcu.org/couples.

As Equality Virginia supports the work of the ACLU in litigation cases such as this, EV will continue to work with the General Assembly to bring the repeal of the Marshall Newman marriage amendment to Virginia voters.  Either way marriage equality is coming to Virginia.

The ACLU of Virginia and Lambda Legal say "that they will file suit against Virginia's gay marriage ban, arguing that it violates the Constitutional guarantee of equal protection under the law." (WJLA)

This is the kind of action we've been waiting for, and we can't wait another minute to show our support!

The ACLU and Lambda Legal are taking on the Commonwealth to bring federal marriage benefits to same-sex couples (Washington Times).  That won't be easy with people like Cuccinelli in the Attorney General's office.

We need to let the ACLU and Lambda Legal know that we have their backs!  Click here to sign and share our petition of support now!

Thank you for all of your support. 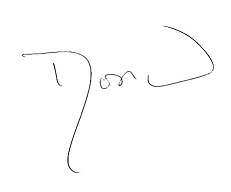 PS: Don't forget to share this with friends and family.