The following piece has run in several Virginia newspapers, including today in the Lynchburg News & Advance. 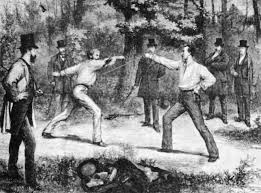 Earlier this month, an alarm about Virginia’s razor-close Attorney General’s race sounded in some Democratic circles. Adam Swerver, in an article posted on the MSNBC website, declared that even if the defeat of Republican candidate Mark Obenshain is confirmed in a recount, he might still be able to have himself declared the winner by the Virginia state legislature, which is dominated by Republicans.

Swerver’s article quoted University of Kentucky law Professor Joshua Douglas describing the plausibility of such a move. Swerver concluded that “the only thing stopping Republicans from ordering a new election or declaring him (Obershain) the winner would be fear of a political backlash or their own self-restraint.”

When reported on the Democratic website Blue Virginia, this article generated many responses. Opinions differed about the chances of Republicans succeeding with such a gambit, but there was little faith that scruples would hold them back from stealing the election. One response: “The va GOP will do ANYTHING to win cheat or steal an election.”

I don’t know whether state Senator Obenshain can gain the office through such a power-grab. But I bet he won’t.

I live in Senator Obenshain’s district. For more than twenty years, I have done talk radio in Harrisonburg, the town where Mr. Obenshain lives, discussing politics with the predominantly conservative audience in the Shenandoah Valley. I have only general impressions of him, but I know the political culture from which he comes.

That political culture retains traditional conservative values and a sense of honor not yet transformed by the very different spirit that’s come to dominate the Republican Party nationally.  I would bet that Obenshain – scion of a much-respected family of Virginia conservatives – would act in that true conservative spirit.

A real conservative would not damage a pillar of the American political tradition by disrespecting the voice of the people expressed through voting.  It is at the heart of American democracy, because it is the means by which we confer power in an orderly and peaceful way.

And as a matter of honor, a Virginia gentleman accepts the outcome of a duel fairly fought

I understand, however, the alarm of Democrats spurred into animated discussion by the idea of a defeated party throwing out the vote and putting the election into the hands of its partisans.  At the national level, the Republican Party has shown has shown itself increasingly contemptuous of the voters and of the sanctity of elections.  This is a party that

• Had its partisans on the Supreme Court decide the 2000 election to put their guy into the presidency, rather than make sure that the results in Florida honored the intent of the electorate;

• Has been erecting barriers to voting for constituencies that  support Democrats, ostensibly to solve a problem of voter fraud that every study shows to be virtually non-existent;

• Has used the filibuster in the U.S. Senate in an unprecedented way that subverts the basic principle of majority rule;

• Has made as its top priority preventing this president from leading the nation, even though he was fairly chosen by the people.

If the national Republican Party calls the shots in Virginia, such a disturbing scenario would indeed become plausible.  And we have seen how the spirit of power-at-any-cost has been spreading in the Republican Party from the national level down into the states. We’ve seen that Republican governors and legislatures — in Wisconsin, Ohio, Michigan, and Florida – have pursued parallel agendas, further empowering the already mighty at the expense of ordinary citizens.

By running for state-wide office, Mark Obenshain emerged from his Shenandoah Valley base into the larger arena more exposed to that spirit of power-at-any-cost.

But I’m betting that, if the recount confirms his defeat, Obenshain will stay true to his more genuinely conservative roots, and will act the part of honor.