The following graphic, courtesy of the Democratic National Committee, gets at part of Eric Can’tor’s Big Lie when it comes to jobs and the economy. In fact, under President Obama, the economy has added over 9 million private sector jobs over the past 50 months, while the stock market flirts with record highs, the auto industry is thriving, and the housing market has largely recovered from the Great Recession.

The other part of Can’tor’s Big Lie, however, isn’t covered by this graphic. That would be the fact that Republicans have done everything they possibly can, from nearly causing a catastrophic default of the United States of America, to shutting down the government, to austerity policies and sequestration, to blocking immigration reform (which, among other virtues, would be a net positive economically), to preventing the U.S. from moving rapidly towards a clean energy economy, to extending unemployment insurance to millions of Americans who need, to…the list goes on and on. In short, Republicans have not only not “led or followed,” they haven’t even been willing to get out of the way while Democrats clean up the disastrous mess they left us when Bush/Cheney left office. But does Eric Can’tor take any responsibility for any of that? Of course not; so much easier to blame other people than to look in the mirror occasionally, especially if you’re someone as unprincipled, ambitious and amoral as Can’tor. 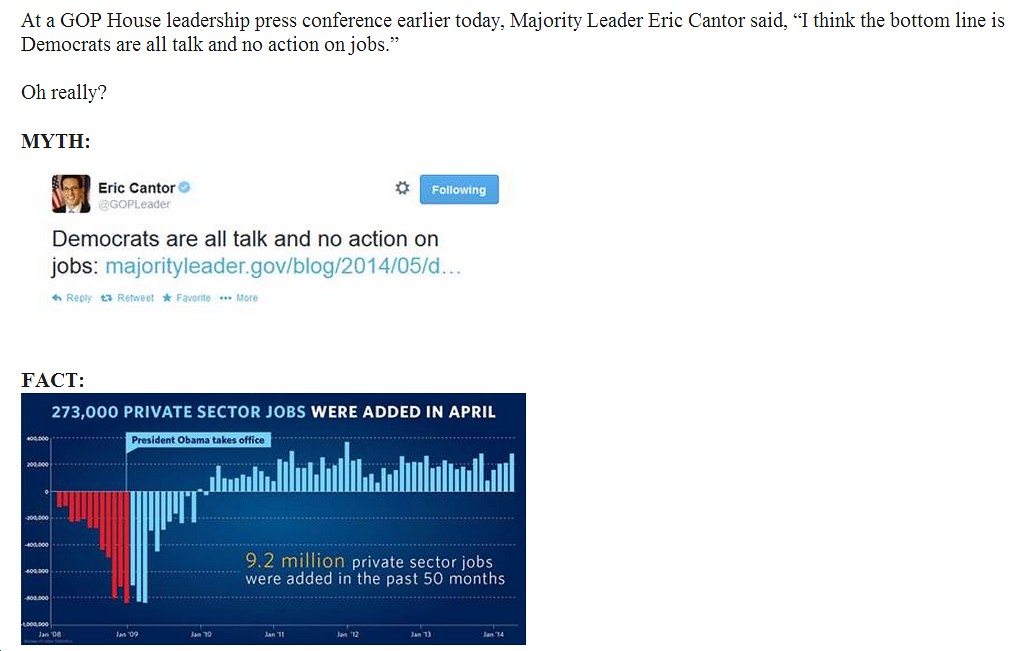