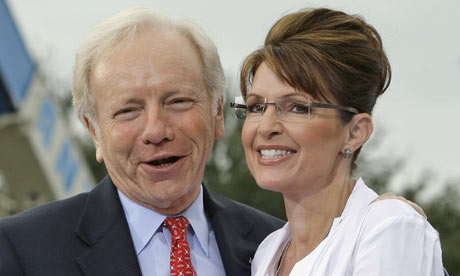 As the GOP (more on just what exactly, the “party stands for” in a moment) becomes ever more strident, doctrinaire, and enforcing of its orthodoxy not just on itself, but on the rest of us, it sees, somehow, that its power just might be slipping away.

Is it any wonder they’re afraid?

A long time ago, someone explained to me that progressives and liberals are always open to doubt, which conservatives exploit, because they are certain they are right. Conservatives harbor no doubt, and deny that anyone else has a right to a different opinion.

All opinions that are not theirs are wrong. Diverging from this group think is treated not just as treason, but as a kind of religious apostasy. I’m surprised they don’t physically crucify the transgressors, although anyone who’s been at the wrong end of the lashing foul tongue of Rush Limbaugh might have preferred that.

When challenged, even from the inside, the tendency is to circle the wagons and shoot first, without asking any inconvenient questions. Their problem is that they’re so busy pointing their “open carry” iron at one another, they’re disgusting the mostly silent majority in this country.

We now see the full stinking bloom of their attitude, on the racist side in Ferguson MO but in many other places, mostly undocumented; on the misogynist side, pretty much everywhere; on the side of the poor absolutely everywhere; and are properly appalled.

Some progressives, of the live and let live variety, of which I truly wish to be a part, bear at least a small share of the blame, because we refused to return unfriendly fire with even more unfriendly fire, allowing things like “false equivalency” to bloom, as if some made up notions with no demonstrable basis in fact is equivalent to real facts, faced squarely.

Daniel Patrick Moynahan said it best: You are entitled to your own opinion, but not to your own facts.

Barney Frank doubled down on that by asking, and in public, “on what planet do you spend most of your time?”

When you consider this, much is explained about the so-called “conserva-dems,” who care more about winning elections than any progressive, or even, in some cases, moderate ideas, at all, and who are as willing as a closeted bigot to sell out if it will get them 10 votes.

They are anything but progressive. I personally think they are still Republicans, except the modern GOP won’t have them. Perhaps they harbor a discernible smidgen of shame about just who and what the GOP party has come to represent, and the doctrine enforcers sense it.

The GOP has become the party of stinking cowardice backed up by their religious views imposed on the rest of us, their bullying, their “laws”, and by guns, if necessary.

Let’s forget this “It’s only the Tea Party, not the GOP” nonsense, conveniently trotted out in self defense against the depredations of, say, the Rape Guys: the GOP recruited, emboldened and embraced these bigots. They now own it.

Think otherwise? Remember, the Feds actually had to withdraw from the Cliven Bundy ranch (he’s a thief and belongs in jail) because the nutters had so many guns. Two of them, white supremacists, were kicked off the ranch for reasons I have not discerned, since they seem to fit in so well with today’s Republican Party.

The two, denied the opportunity to off a fed, went off in search of innocents ambushed and killed, unprovoked, two uniformed patrol officers, who were just eating lunch, before slaughtering a civilian, in a Walmart parking lot.

They then covered the civilian’s body with one of those repulsive “Don’t Tread on Me” flags before killing one another, about the only good to come of the entire affair.

Because most progressives are willing to look at other points of view, and most conservatives are so strident on insisting that their point of view is correct, we get rolled, time and time again.

As Lowkell pointed out in yesterday’s essay, it’s foolish for us to agree, because they will never vote for us. Ever. Just ask anyone on the expanding list of Democrats who ran to the right, and lost anyway, and not just the election, but their souls.

Many of whom in a truer world would be in the middle, or possibly, as I used to be, a liberal Republican of the Eisenhower “live and let live” mold, cave.

It needs to stop. Democrats took up this line, in my opinion, back in the 60’s, after we got rid of the racists, when the so-called radical left made being a Democrat difficult, if not untenable. The Vietnam war, prosecuted incompetently, and which we lost, made it much worse. A lot of people voted for Richard Nixon because he promised to end it.

We didn’t bargain for what came along, like ticks, on that ride.

We finally fixed the radical problem just as we fixed the Democratic affiliated racists back in the 1960s, by making it so hot for them they decamped to the Republicans.

The same applies to the conserva-Dems: we’re gradually adjusting, and ought to kick them out completely. Max Baucus, who had as much to do with wrecking the ACA as any Republican, comes immediately to mind, but there are plenty of others. Evan Bayh, once a Democratic contender for the presidency, was even worse: having helped skewer the ACA, while his wife, the awful Susie MoneyBags was collecting as a paid consultant to big Pharma, decided he would “retire” from the Senate, almost, but not quite after it was too late for the Hoosier Democrats to nominate an alternate. He tried to cause maximum damage, and failed.

The memory of his perfidy will live on, for a long time.

Consider for a moment the implications, and the freedom if we accept the following fact: some people are so awful, so hateful, so bigoted, that there is no place for them in society, much less our party. We ought to send them scuttling, like the mooching vermin they are, back under the rocks.

We lack the courage to actually say this to them, but they generally decamp on their own accord, which is fine. When they don’t, and the conserva-Dems are at the head of the list, they cause endless mischief. When they do decamp, they find a ready and welcome home in the GOP, which is less fine, and disastrous for the country.