Yes, this is the same Virginia State Senator Steve Martin who was roundly ridiculed and blasted in February for saying to women: “once a child exists in your womb, I’m not going to assume a right to kill it just because the child’s’ host (some refer to them as mothers) doesn’t want it…why did you write all the rest of that bologna about raising healthy children (by killing the unhealthy ones), having access to healthcare (which you do), and preventing unwanted pregnancies (don’t have unprotected sex)? Such nonsense, supposed adults have written, to celebrate love, on Valentines. These folks are really sick people!” 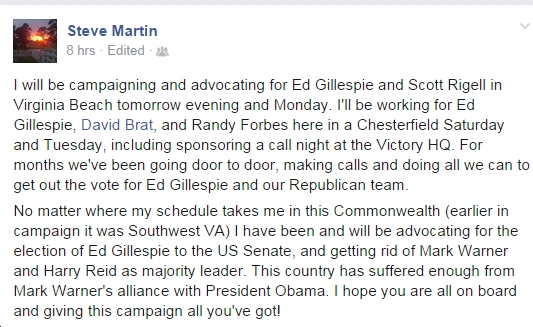