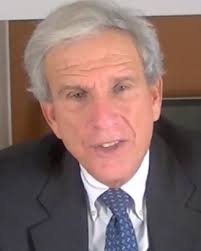 I feel like I’ve been having a similar discussion, over and over again, the past few months, about the Virginia 2015 elections, and specifically what it will take for Democrats to make gains in a low, low, LOW-turnout year. For instance, the other day I was “Gchatting” with one of the smartest Virginia Democratic political observers (SVDPO) I know, and we were discussing this very subject. Here’s a rough transcript of the conversation, which started off with us ripping Dick Saslaw for being (as my smart Dem political friend put it), “both an embarrassment and very ineffective.”

Me: Saslaw’s utterly ineffective as a strategist and tactician…wasted $1 million trying to hold Phil Puckett’s seat in a 2:1 Republican district. Poor judgment after poor judgment.

SVDPO: Yes, he is completely ineffective at strategy at this point. That’s because he’s still living in the past, when there was a “Virginia Way” and Democrats were powerful so Republicans were their friends. Once they took power, theyve been kicking Dems like him who used to be their allies to the curb. It’s a whole new ball game in Richmond and he hasn’t a clue.

Me: Like, they think (conservadem/Independent who wanted to impeach/convict Bill Clinton and mused publicly about not voting to reelect President Obama in 2012) Dan Gecker is the best choice for the John Watkins open seat. That’s nuts. Also, they think that they need a white guy to run against Hal Parrish. They tried recruiting two other white guys (David Brickley, who joined the Gilmore administration and effectively threw the House of Delegates to Republican control in 1998, being one of them), finally got Jeremy McPike (apparently anyone but the black guy or brown guy). Just like they said Jaime Areizaga-Soto couldn’t win a deep-blue Senate district, which of course was utterly absurd…Jeremy will get trounced by Parrish if he’s the nominee. Gecker will lose to Sturtevant. Their “theory of the case” is totally wrong. This is a low-turnout election in which it’s all about motivating/firing up the BASE to turn out. Gecker won’t do that, nor will McPike. If those two are the nominees, I think it’s quite possible we end this election with 16 or 17 Senate seats. John Edwards is in trouble, as is the Colgan seat potentially. We’ll see about Lynwood Lewis, hopefully he’s ok. Let’s also hope Jill McCabe runs a strong campaign against Dick Black.

SVDPO: Hopefully, McCabe will run a strong enough campaign. As for the rest, you are right.

Me: So under Dick’s leadership, we’ve lost the Senate, thrown the House Dems under the bus (because that was supposed to guarantee the Senate, which we lost anyway), and got the worst of all worlds.

SVDPO: You basically summed up our troubles in Virginia. Dick Saslaw losing the legislature for us by his poor choices and inability to recognize that times have changed. I particularly cannot forgive his failure to see the fiasco with Puckett coming. And then actually making public statements that Puckett and Terry Kilgore did nothing wrong. How clueless was all that?

Again, this is an extremely low-turnout, “base” election year, in which the challenge for both Republicans and (to an even greater extent!) Democrats will be to motivate, enthuse, and ultimately turn out their “bases.” The way to do that for the “blue team” is most certainly not to run candidates who can barely bring themselves to keep the “D” label by their names, who run away from President Obama, etc. (kinda like in 2009 with Creigh Deeds and in 2014 with Mark Warner). To the contrary, Democrats need…wait for it…strong, proud, forceful Democrats, who will fire up Democrats to work hard this summer and fall to take back the Virginia State Senate. That’s my “theory of the case,” one that is diametrically opposite to Dick Saslaw’s, apparently. What’s yours?

P.S. It’s also factually incorrect and politically wayyyy off message for Gov. McAuliffe to talk about how supposedly great he’s working with Senate Republicans. If that’s the case, then why exactly do Democrats need to turn out in droves this November? The correct message, both factually and politically, should instead be: “You guys need to work hard to send me a Democratic Senate this November so I can get great stuff done for Virginia, because with far-right-wing, extreme Republicans controlling both chambers of the General Assembly, that’s going to be almost impossible.”