I agree that the Republican Party of Virginia has “lost statewide 7 times in a row” and that it’s “working hard to disallow independent, unaffiliated and new voters.” However, I wouldn’t say that Democrats “love it,” as many of us would LOVE to see Donald Trump as the 2016 Republican presidential nominee. Either Trump or Cruz, can’t decide which one of these nutjobs would lose in a worse landslide next November. 🙂 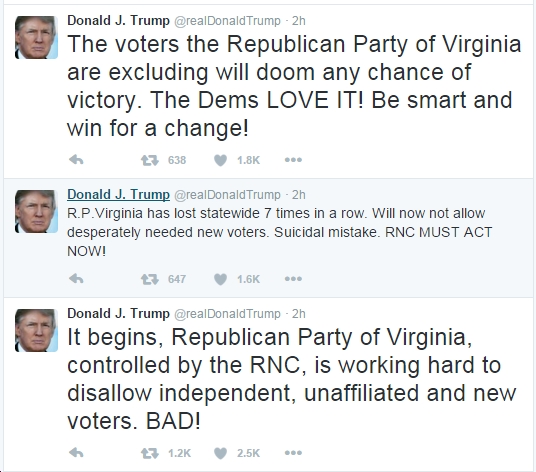