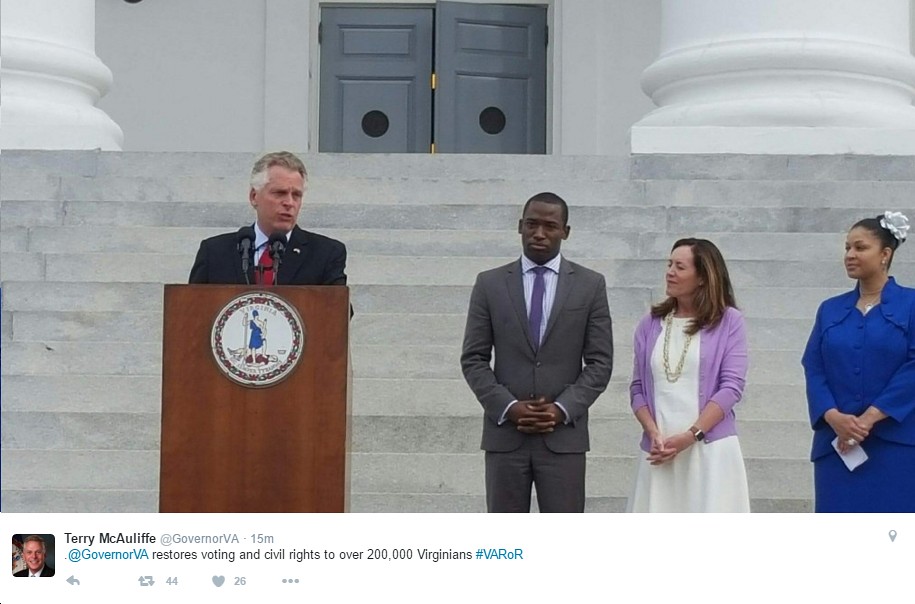 Wow, this is amazing (h/t to Jim Nolan of the Richmond Times-Dispatch on the scoop! also see the Washington Post story here) — thank you Gov. McAuliffe! I just wish this had happened years ago (e.g., Gov. Kaine concluded he lacked the authority to do a blanket restoration), but better late than never. 🙂 Note, by the way, that a Democratic governor is busy EXPANDING voting rights, while Republicans focus on RESTRICTING voting rights as much as possible. In Republicans’ case, the reason they do this is obvious (despite their b.s./false explanation about preventing mythical “voter fraud”): because they know that the more people vote, the more Democrats win (and that the fewer people vote, the more Republicans win). 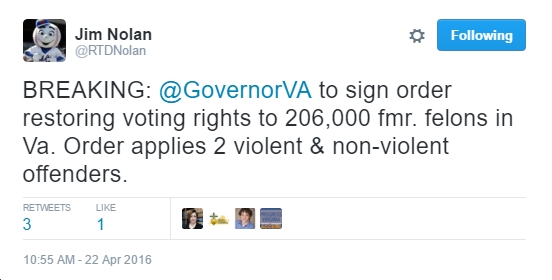 UPDATE: Love this quote in the Washington Post story. “It is a historic day for democracy in Virginia and across our nation,” said Tram Nguyen, co-executive director of the New Virginia Majority, a progressive activist group. “The disenfranchisement of people who have served their sentences was an outdated, discriminatory vestige of our nation’s Jim Crow past.” 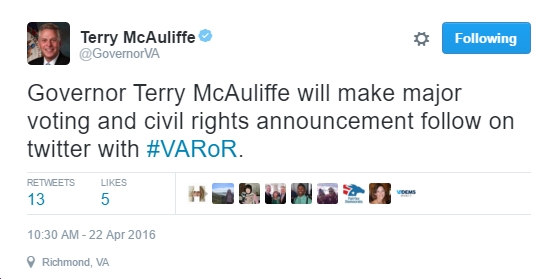