While most of us are focused intensely on the 2016 presidential race, as well as on crucial House races like LuAnn Bennett vs. Barbara Comstock in the Virginia 10th CD, there are at least a few folks getting ready for 2017. Presumptive Democratic nominee Ralph Northam is one of them, of course, and as you can see from the photos below, he was very busy this Labor Day weekend.

In addition, the two announced Democratic Lt. Governor candidates – Justin Fairfax and Gene Rossi – were also out and about, with Fairfax focused on Hampton Roads (Bobby Scott’s Labor Day cookout in Newport News, also events in Williamsburg, Hampton and Portsmouth); and Rossi at the Arlington Dems’ chili cookoff, the Alexandria Dems’ picnic and the Fairfax Dems’ picnic at Chair Sue Langley’s house). Finally, undeclared candidate – but presumed by many to be running for LG next year – Del. Eileen Filler-Corn racked up some serious miles this weekend, heading out to the Harrisonburg and Rockingham County Dems Labor Day dinner, then to Buena Vista (with Sen. Creigh Deeds) in beautiful western Virginia, and on to Newport News for Rep. Bobby Scott’s Labor Day cookout.

So…now all we have to do is win on November 8th, then we can turn our attentions back to Virginia, which should be a fascinating place for political junkies in 2017. Why? Because, in addition to the usual statewide (gov, LG, AG) and House of Delegates races, there’s ALSO a possible special election for Sen. Tim Kaine’s seat (presumed nominee: Bobby Scott). Stay tuned! 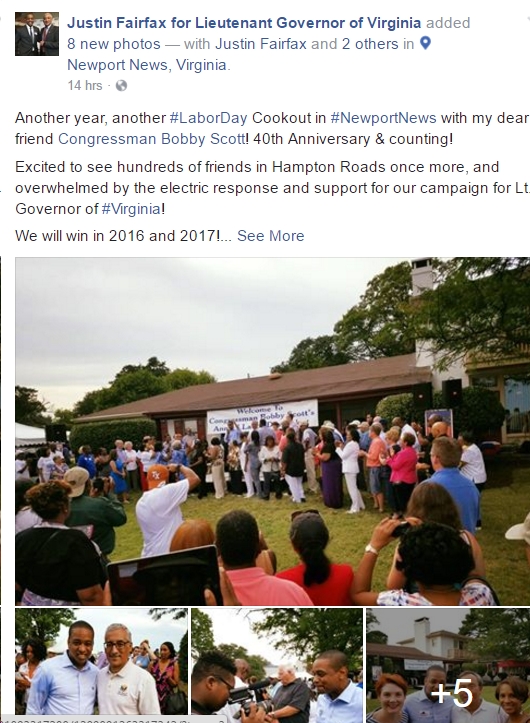 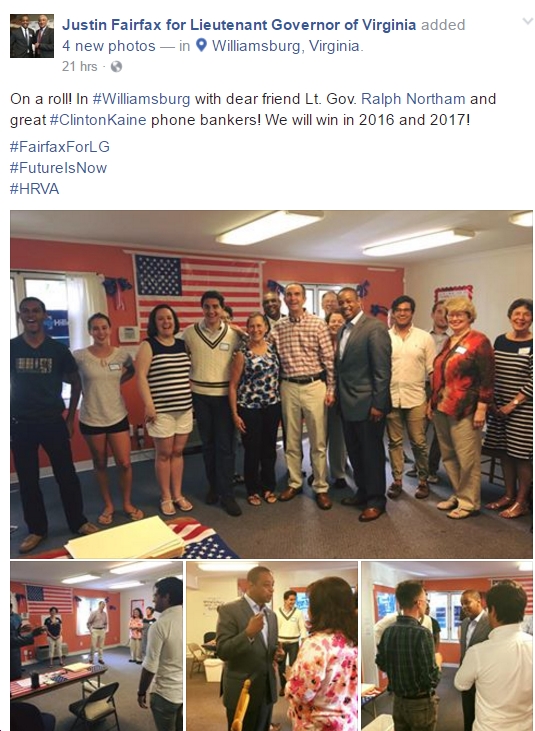 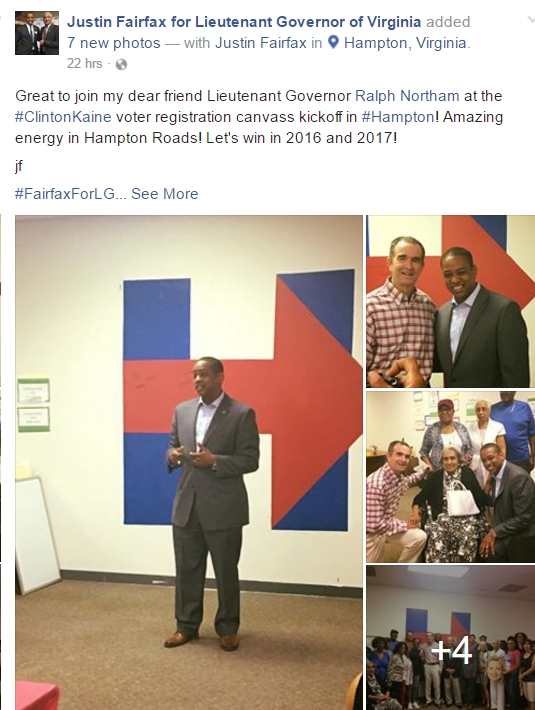 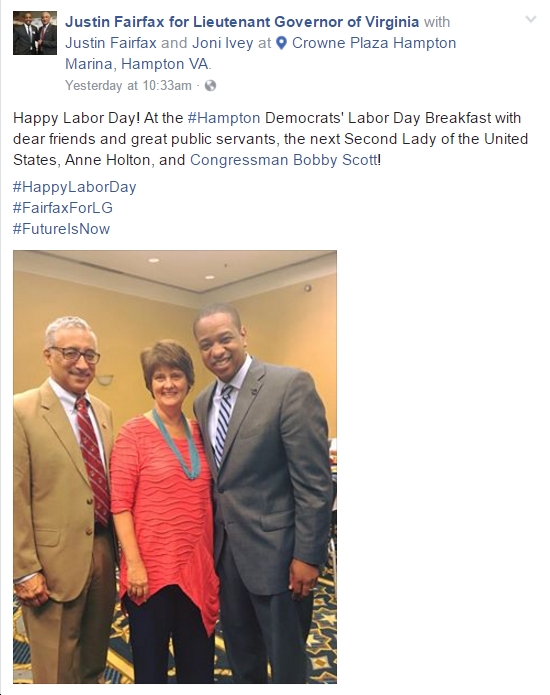 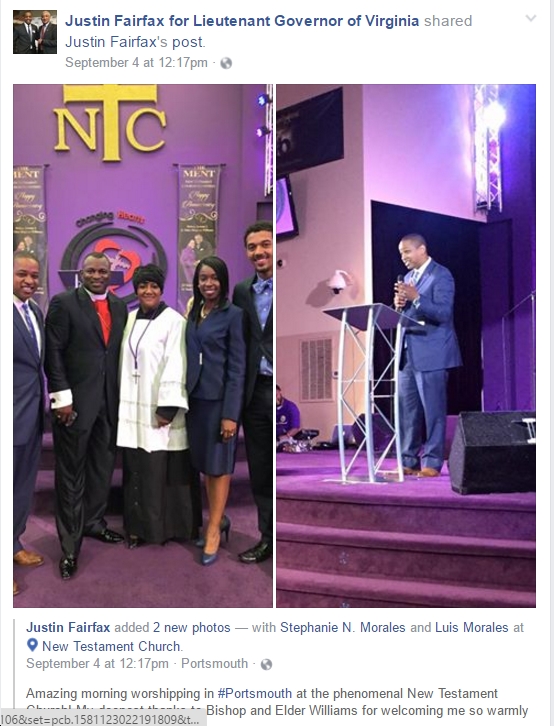 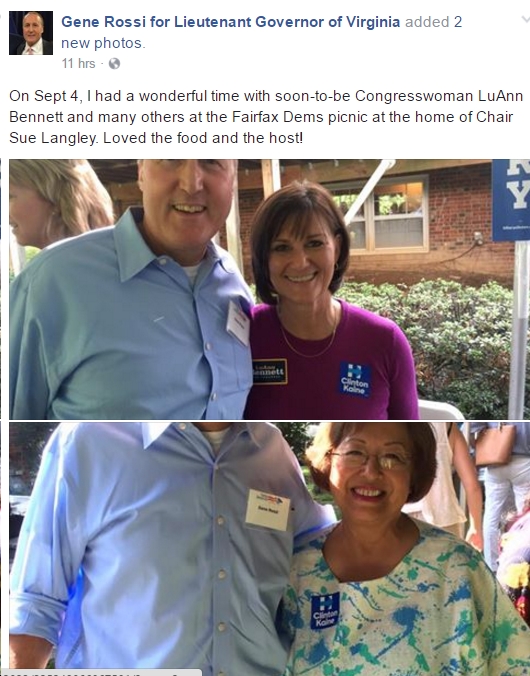 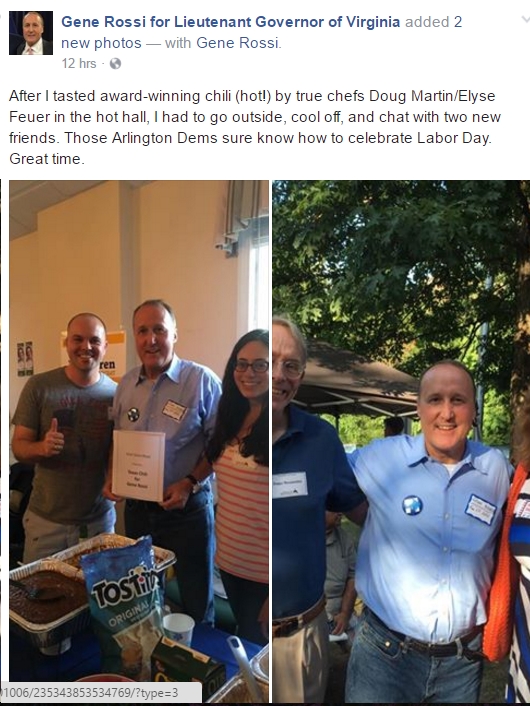 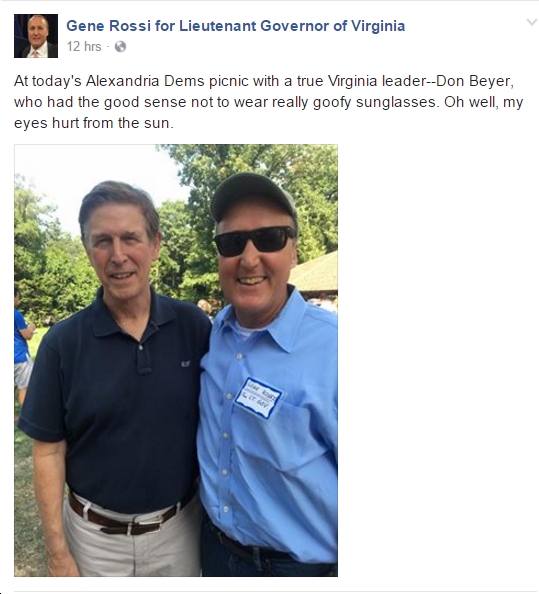 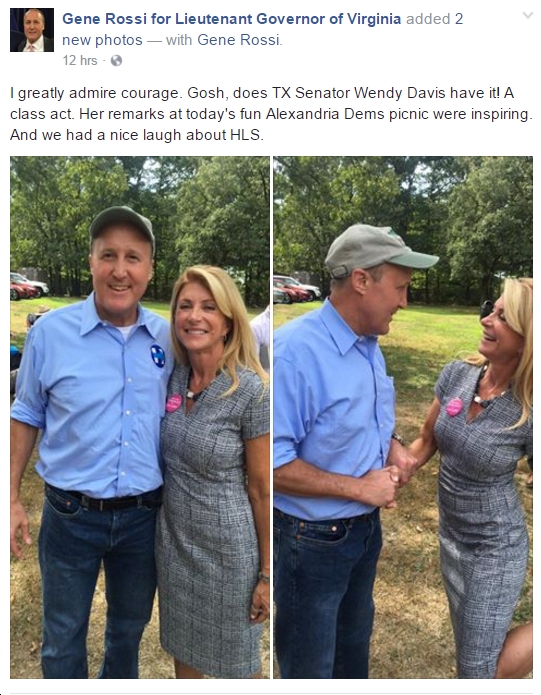 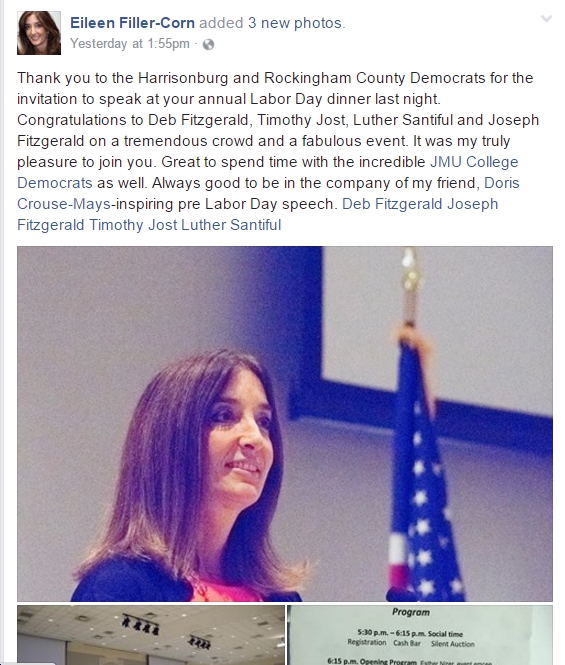 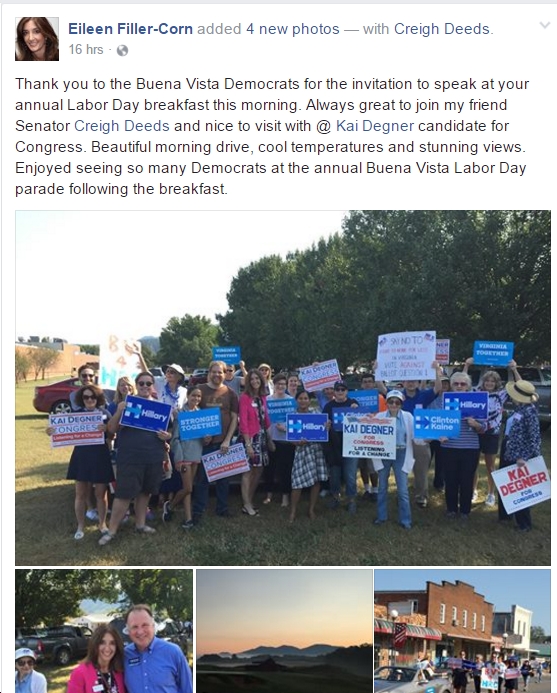 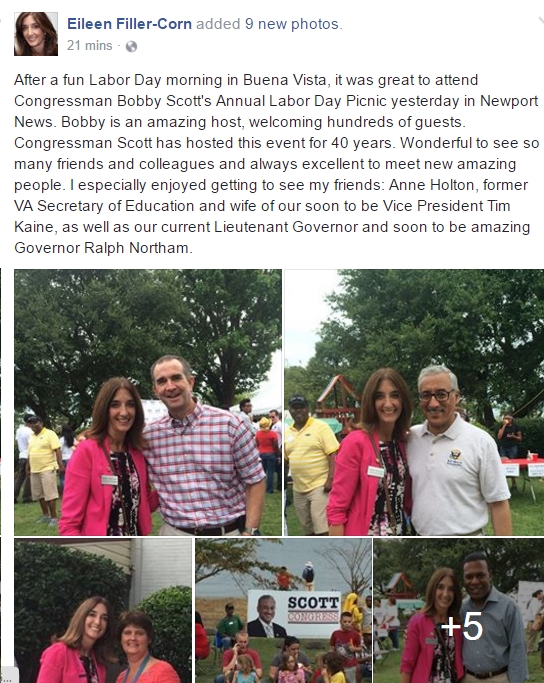