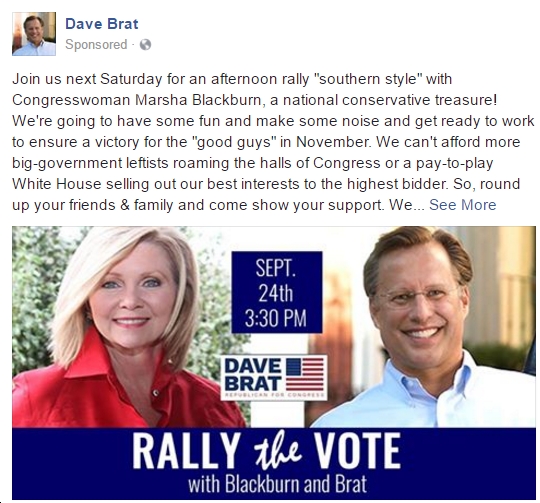 We already know that Rep. Dave Brat is an Ayn Randian, far-right extremist, who even Virginia’s leading conservative blog calls the Commonwealth’s “most useless Congressman.” But pair him with Rep. Marsha Blackburn (who Brat calls a “national conservative treasure”) and you’ve gone completely off the deep end. A few highlights from Blackburn’s illustrious career include:

Bottom line: Blackburn’s as crazy and worthless in Congress as Dave Brat is, so it’s not at all surprising they’re teaming up this coming Saturday. Oh, and if you live in the 7th CD, please do us all a big favor and vote for Eileen Bedell on November 8, not for Virginia’s “most useless Congressman.” Your state and country thank you! 🙂