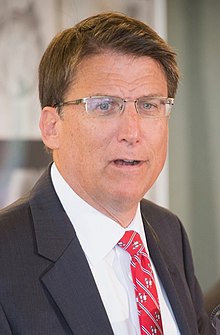 I have addressed this issue before, but recent events require a revisit. Across North Carolina, people are hurting because of the infamous, anti-LGBT HB2. Republicans in the NC General Assembly have many victims to account for. However, lawmakers and Gov. Pat McCrory think we need them to protect us. We the citizens DO need protection, but it is from them. In particular, transgender people need protection from Republican members of the NC General Assembly.

Indeed, HB2 was designed to accomplish three things: 1) punish a group of people for being who they are; 2) get GOP supporters to scapegoat and bully transgender persons; and 3) bring the GOP base to the polls. It’s Machiavelli 101.

Republicans in the General Assembly recently told the City of Charlotte that if it only repeals its ordinance, one similar to 100 other major cities in America, then the General Assembly will take its law back. As if. Charlotte leaders are not stupid. There was no reason for HB2. It is already illegal to harm another in a restroom, or anywhere else. Most important, and it bears repeating until opponents of fairness finally get it, transgender persons are not dressing as another gender. They ARE their gender. It is their essence. A transgender woman using a woman’s restroom is where she should be. As a cisgender woman, I am in no danger because of this. None. Yet the bigots expect transgender persons to either stay home or use nasty port a-potties. Yes, some legislators even suggested that.

For a variety of reasons, transgender person’s gender assignment is not as tidy as an either/or declaration at birth that “It’s a boy! Or it’s a girl!” There are sometimes complex (internal, external or both) ambiguities right at birth. And sometimes there are emerging inconsistencies displaying themselves later on. But know this one thing: they are not “dressing as” anyone else. A transgender woman IS a woman, most certainly NOT a man dressing as a woman. A transgender male is a male, not a woman dressed as a male. It is long past time Americans get themselves educated on this. Time and again, we hear bigoted nonsense. But people’s lack of knowledge, understanding, or humanity in this regard do not impose an added requirement on transgender persons.

Transgendered persons want only to be able to use the restroom in peace. They have a constitutional right under the federal Fourteenth Amendment to equal protection of the law. They will not and have not hurt anyone. On the other hand, they are more likely than anyone else to be assaulted in a restroom, or anywhere in America. I will say that again. Transgender persons are the most likely group to be assaulted or murdered in America. The risk to them is real, made more real and more likely by manipulators and fabricators like Pat McCrory and his band of legislative bigots.

There are numerous other issues embedded within HB2. The intent was discriminatory. Additionally, the law specifies that localities and counties cannot have better anti-discrimination laws than the state. Citizens who claim discrimination cannot use state courts, but must use the federal court system, which exacts a tougher standard. The bill also forbade localities from having a higher minimum wage than the state minimum.The GA is all about slapping down localities which stray from the heavy hand of a reactive state government. It takes real contempt for human beings to pass a bill designed to take rights away. None of these will be fixed by addressing the public bathroom portion of the bill.

North Carolina was once a welcoming state, as she must be once again. Many people of good will are trying to make it so. The fall elections will tell part of the story, but not all of it. Meanwhile, please, Virginia, don’t try this at home. In Part 2, I will address more human consequences of HB2.