The annual McLean Day festival draws a crowd, well over 10,000 each year, and today was no exception. 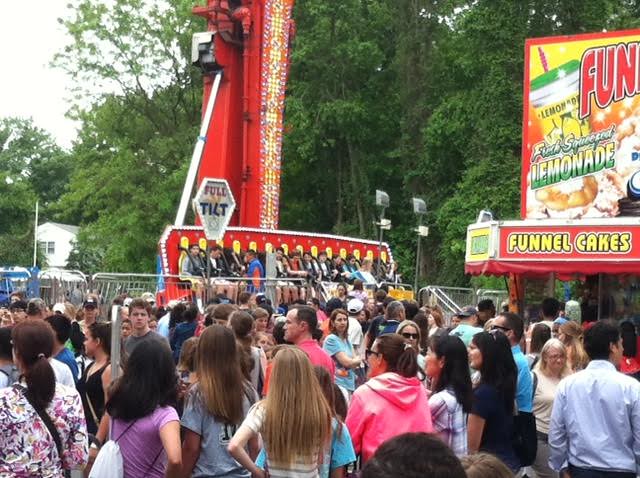 While the ‘big’ political event is the McLean Community Center Board election (with the candidates and candidate tables a gauntlet along Lewinsville Park’s main entrance),  the signage today around the park resembled election day.

In a new addition, “Dump Comstock” signs were prominent and quite visible to Representative Barbara Comstock — whose hours schmoozing at McLean Day answered, for at least a little while, the question of “Where’s Comstock.” (Note that Barbara has time, with staff surrounding her, to ‘work the crowd’ but can’t seem to find her way to holding a townhall) Comstock had — like several past McLean Days — easily a dozen (if not double that) people out in “Comstock” t-shirts giving further visibility to her name.

Amid these tens of thousands of people, who was schmoozing the crowds and with a heavy presence?  Ed Gillespie, running for the Republican nomination for Governor, and Comstock had their time hanging out together.

Although, this was the Gillespie-Comstock association that greeted people walking into McLean Day: 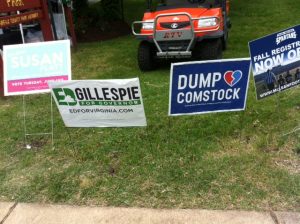 On the Democratic side, the supposed fervor of the 2017 primary was, well, pretty muted if not outright absent. Here is this observer’s impression of the situation: 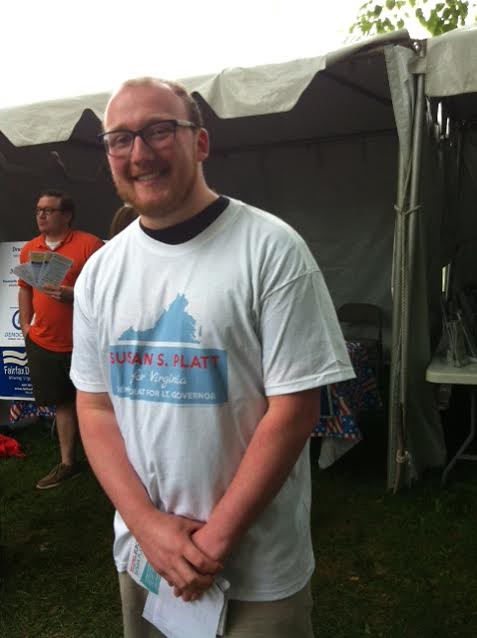 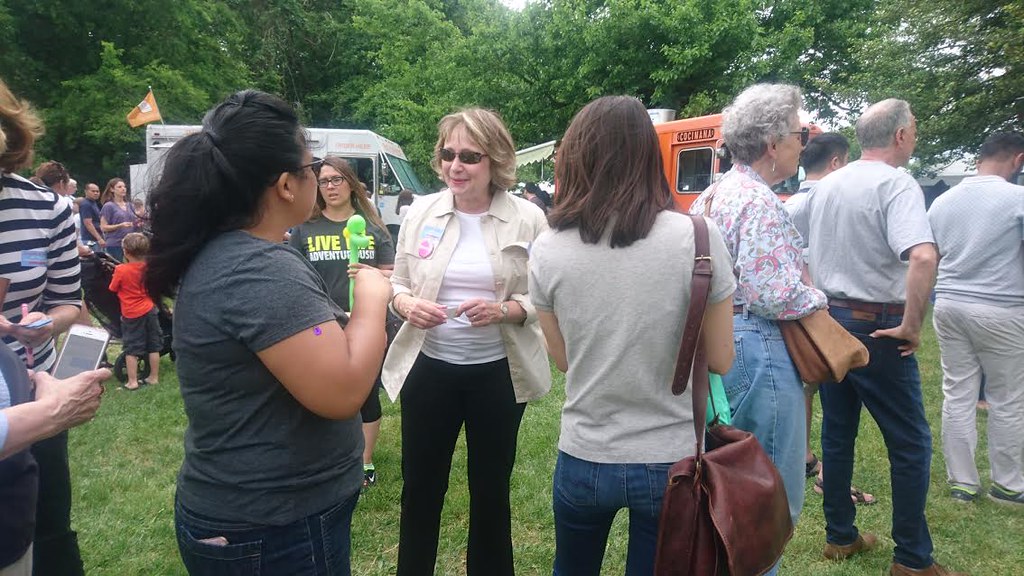 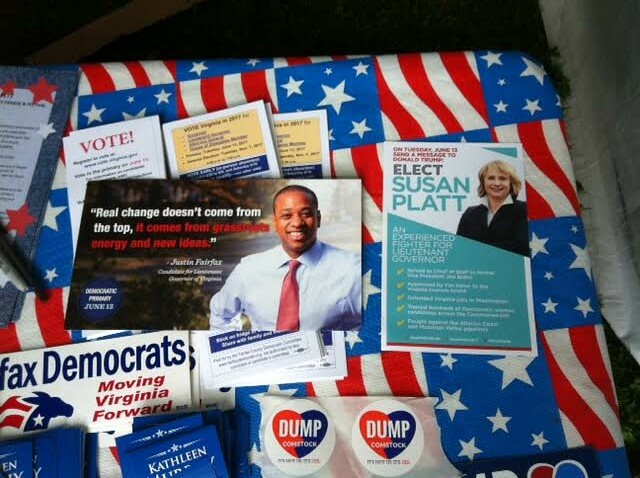 To be clear, at least several elected Democrats were there (John Foust, Kathleen Murphy — and likely >5 people wearing Murphy t-shirts), and activists worked the DDDC booth. 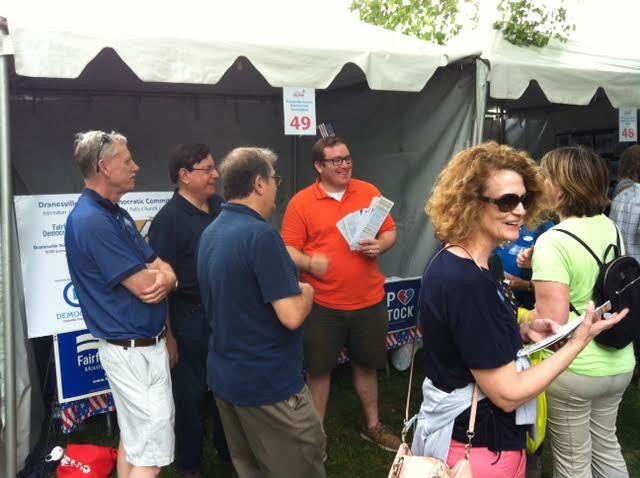 There were  several (quite popular) Dump Comstock volunteers at the DDDC booth. 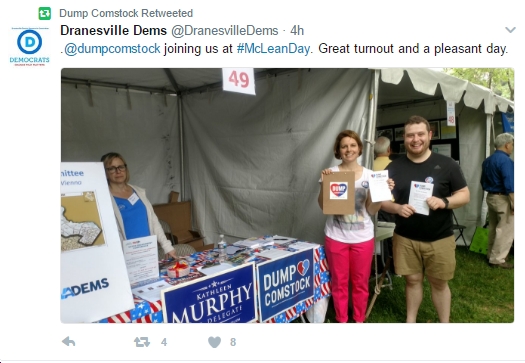 (Re ‘popular’, I put on a ‘Dump Comstock’ and had more than 20 people ask me where I got it as I walked around McLean Day.) 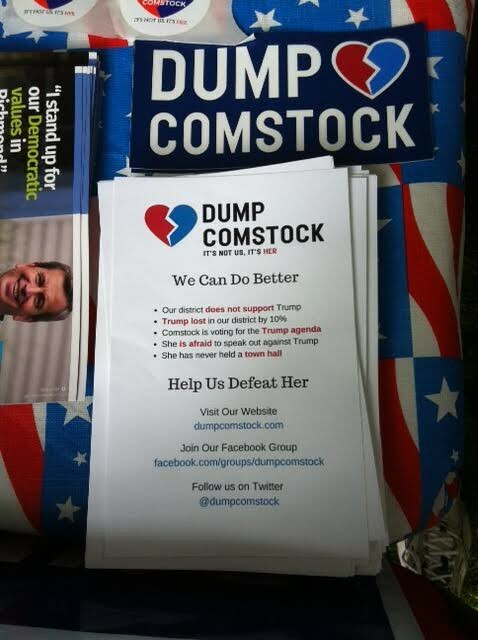 As to the last, the 10th district is pretty much near the top of everyone’s list for the 2018 election. While an adept and skilled politician, Barbara Comstock’s extreme voting record is seriously at odds with a district (here is how Comstock voting aligns with Trump) that went for Clinton (and would likely go 10+% more for Hillary today in light of #TrumpRussia/etc). People are lining up to run against her, yet it was Comstock out in force today, NOT the effort to unseat her with someone more in line with the 10th District’s voters.

“Being there” is a top-tier requirement for winning political campaigns … that too many Ds failed to meet when it came to McLean Day, 2017. As Woody Allen correctly put it, “80% of success is just showing up.”

NOTE/UPDATE: From comments, the ‘no ‘bird-dogging’ (at least partially) derives from impression when at McLean Day. Evidently, at least one person sought to record Comstock. Here is Cameron’s account.

Here’s what happened when I did try to follow Comstock and video her interactions: She immediately surrounded herself with staff and ran to pick up her granddaughter. After that her daughter came up to me and told me she didn’t want her daughter being recorded. There’s no way that sequencing was a coincidence.

Let’s be clear, Barbara Comstock is smart, hard-working, tenacious, an adept politician working hard to create an appearance of distance from Trump and ‘crazy GOP’ … and (with, okay, the exception of town halls) she is “just showing up.” Comstock won’t sleep walk through this election, which means the Democratic Party establishment and those seeking to replace her need to step up their game. If not, I worry that come election day 2018, VA-10 will remain far redder in Congress than its constituents truly desire. 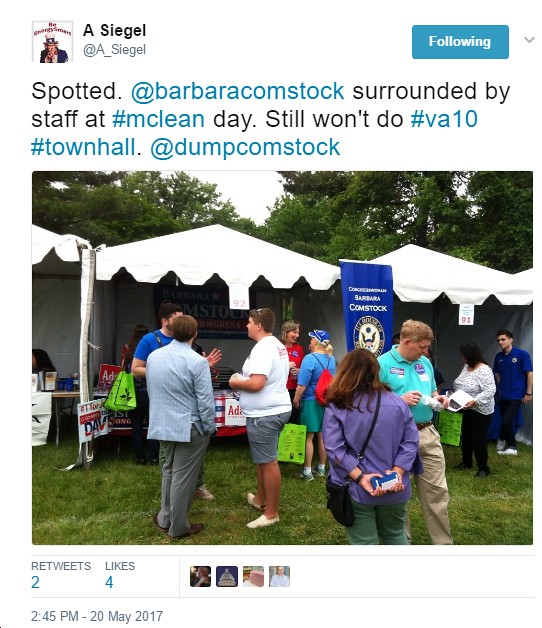 The fact that Chase appears to be the frontrunner for the 2021 VA GOP gubernatorial nomination kinda says it all about that party... https://bluevirginia.us/2021/02/va-gop-week-in-review-life-liberty-and-the-pursuit-of-parking-spots#comment-5284140596