Nice catch by the Democratic Party of Virginia:

“Ed Gillespie should be denouncing hate groups, not asking for their endorsement,” Anna Scholl, Executive Director of Progress Virginia said. “We need a Governor who will work to improve the lives of all Virginians, not just those who share the Governor’s race or religious views.”

Presler is employed by ACT for America, a known anti-Muslim hate group and is actively involved in organizing anti-Muslim protests across the country that will take place this weekend. He is also the Vice Chairman of the Virginia Beach Young Republicans. 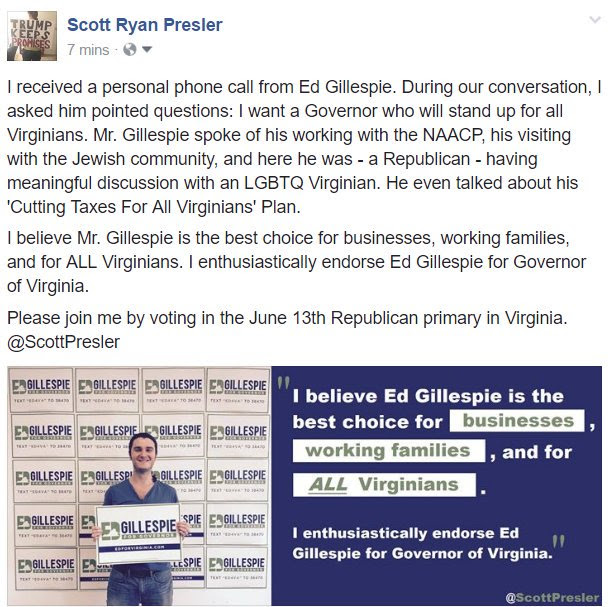