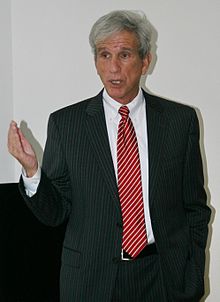 It’s not easy being a Democrat in the era of Donald Trump, but thanks to Ralph Northam and an amazing cast of new legislators, it’s at least a good time to be a Virginia Democrat.

Control over the House of Delegates may have fallen just out of our reach, but from Medicaid expansion and fully funding our public schools, to criminal justice reform and reducing gun violence, Democrats have a rare opportunity to form the coalitions necessary to make big policy gains on some incredibly important initiatives.

But for some of the issues Democrats care most about—on the environment, on consumer protection, and on ensuring a less corrupt, corporate-influenced Richmond, the chance for progress is less clear. Even if we can win over a few Republicans to support Democratic proposals on these issues, there’s one Democrat poised to place barrier after barrier in the way of the rest of the caucus.

If you haven’t already, you should get to know the name Dick Saslaw.

To be clear, what Democratic Senate Minority Leader Dick Saslaw does in 2018 and beyond is not written in stone. He has the chance to lead a newly emboldened Democratic caucus and cement an impressive political career. By using his clout and insider relationships to get Medicaid expanded and help pass other long-standing Democratic goals, Saslaw could go down as one of the most consequential Democrats in modern Virginia history.

But if he operates much like he has in the past, Saslaw won’t just be ruining his legacy—he will also be risking his chance to lead the entire Virginia Senate when Democrats reject Trumpism again in 2019 and take the chamber back.

Having served in the Virginia’s General Assembly for nearly 40 years representing Northern Virginia, Senator Dick Saslaw has risen through the ranks over time to become the highest-ranked Democrat in the Senate. If Democrats take back the Virginia Senate in 2019, Saslaw would be in line to become Majority Leader. Love or hate the guy, it’s been an impressive run and a testament to Saslaw’s political skills to have survived in Richmond this long.

I worked in Richmond for three years myself, and I’ve been fortunate to see the many sides of Dick Saslaw up close. He’s a blunt, gruff insider who can be very effective when he chooses to be. In his best moments, he’s able to keep the caucus united on key issues and looks out for Northern Virginia’s interests when Republicans seek to pass the buck northward (although Saslaw’s proffer bill that effectively increases local taxes is a notable exception). But these moments of unity have at times been drowned out by political moves and policy choices that have made him a major obstacle to progress in Richmond.

On the political side, Saslaw serves as an unofficial chief fundraiser for Senate Democrats, trading votes for large corporate donations that he then spreads to other Democrats. Some might argue that somebody has to do this kind of dirty work, but note that this strategy has resulted in essentially no new net Senate seats over the past decade. Saslaw is also a practitioner of the dirtier side of electoral politics, helping orchestrate anonymous negative ads against Tom Perriello in the 2017 Governor’s Democratic primary, and pushing out now Secretary of Education Atif Qarni by insisting a Muslim couldn’t get elected to the Virginia Senate. Again, you will have to decide for yourself if the ends justify the means on these accounts. They certainly don’t for me.

But when it comes to policy—especially on corporate influence, good governance, and embracing clean energy jobs—Saslaw now falls far to the right of the rest of the caucus.

For a taste of what this looks like, see these two countering views from an article about what the new-look 2018 assembly might do to confront Dominion Energy, the state-regulated monopoly (and habitual dumper of coal ash) that wins on every big battle it takes on:

“We have a new legislature that is reform minded, which is not beholden to the large corporate interests,” he said.

Whether that vision gets dashed after the opening of January’s session remains to be seen. Republicans still control the state Senate, and Democratic legislators have yet to resolve many of the tensions over corporate influence on their party that played out between Hillary Clinton and Bernie Sanders in last year’s presidential race.

Democratic Senate Minority Leader Dick Saslaw said the General Assembly will remain a place that supports industries of all kinds, regardless of the election outcome.

“That’s not going to change, because we’re a pro-business state,” he said.

Interpret that quotation as you see fit, but to me, it lays down a marker for what to expect of Saslaw in 2018 and beyond. Certainly, Saslaw’s past voting record blocking clean energy reforms Dominion would be required to implement should make us think he means what he says.

It would be one thing if Saslaw were representing a swing district where such horse-trading and sharp elbows were necessary to ensure his reelection, but his district (the 35th) is the second-most reliably Democratic Senate district in the Commonwealth, with Hillary Clinton having earned 71% of election-day votes and Ralph Northam netting an astonishing 75% of the vote there. Again, it’s hard to claim Saslaw’s methods have led to big policy or electoral gains. I’m all for a big tent party, but the most conservative Democrat representing the second-most Democratic district seems like a waste of a seat to me. Being a pro-business insider was probably a real asset in the 80’s, 90’s, and early 2000’s, when the inner-ring of Virginia’s suburb were reliably Republican. But in 2018, Dick Saslaw’s personality and politics might end up costing Democrats far more than they help.

Perhaps most concerning for Democrats is Senator Saslaw’s close relationship to Republican Senate Majority Leader Tommy Norment. Obviously, it’s largely a good thing to see leaders of both parties with a healthy working relationship, but at times, that relationship has violated core Democratic principles.

For example, when Tommy Norment admitted to a serious breach of ethics after introducing the bills written by a lobbyist he was also having an extramarital affair with, Senator Saslaw dismissed the idea that it was a conflict of interest, saying:

Bezik’s firm also disclosed a gift to Norment. In January 2012, the firm took a party — including Norment and Senate Minority Leader Richard L. Saslaw (D-Fairfax), two Virginia Beach officials and another lobbyist — to dinner at Julep’s restaurant in Richmond. Bezik later billed her client, Virginia Beach, for the $660 dinner, according to an invoice.

Saslaw declined to comment on the relationship. “Legislators’ personal lives are nobody’s business but theirs,” he said.

Not everyone approaches such relationships that way.

Politico reported last week that when Rep. Bill Shuster (R-Pa.) started dating a lobbyist last summer he “drafted a formal document stating she would not lobby him or his staff,” including staff of the House Transportation and Infrastructure Committee, of which he is chairman. In that case, the lobbyist works for a U.S. airline trade association with an interest in matters that would come before the committee.

Decide for yourself if an elected official’s privacy extends that far, but either way, Saslaw has consistently opposed reforming Virginia’s ethics laws, having repeatedly used the line, “You can’t legislate ethics.” Again, I doubt that’s how the vast majority of Democrats feel on the subject. It’s especially troubling when you consider Saslaw himself routinely introduces bills written by corporate lobbyists (such as the proffer bill, which was written by the homebuilders lobby).

On this account, Democrats have the most to be afraid. In a tight legislature, it will be very easy for Saslaw to hold up or water down a provision in return for donations from large corporate interests and lobbyists. Saslaw certainly has stood tall for Democrats on a host of important issues, but when campaign cash enters the equation, he has a bad habit of getting weak in the knees.

Luckily, I’m guessing that Senator Saslaw is savvy enough to understand which way the political winds are blowing. With a near 50-50 split in both chambers and a Democratic governor who wants to reach across the aisle to pass big bills, Saslaw is going to be in a great spot to get his say on things without being an obstructionist. As long as he supports the key initiatives of his colleagues, he’ll have earned some leeway on the corporate stuff. Being able to say “I got the job done” on Medicaid expansion or paying teachers more is going to keep everyone pretty happy with where the ship is sailing.

But let’s be clear: if Saslaw routinely and indiscriminately holds up progress on Democratic reforms on the environment, on ethics, and on ensuring everyday people are elevated above corporate interests, I know one decades-long resident of the 35th district who eats and breathes Virginia public policy, and who would feel morally compelled to primary a man who was holding back the wishes of the majority of Virginia Democrats.

It’s rare that a single senator gets to decide his or her fate on how they will be remembered. Past deviations from what the majority of Democrats want out of Richmond aren’t going to matter much if Saslaw ends up with legislative victories on the issues Democrats care about most. And in doing so, Saslaw can cap his career with one of the best jobs in Richmond—Senate Majority Leader of a caucus he has proven capable of leading.

Thankfully, all Saslaw has to do is make real what Virginia Democrats have been demanding of him for a long time now—true and faithful representation of his constituents. Let’s hope he makes the right call.