Check out the following photos that were sent to me a few minutes ago by an environmental activist from Bent Mountain in Roanoke County, where the Mountain Valley Pipeline is already inflicting destruction for absolutely no good reason. So, so stupid. And greedy. And did I mention stupid?

P.S. The following is from the aforementioned environmental activist:

“Today two of my friends from Nelson and I traveled to Bent Mountain for an event honoring tree sitter Red.

She climbed up in a tree to protect the property her family has owned for 6 generations from the destruction the Mountain Valley Pipeline would cause. It’s a family affair as two of her children are also in trees on the property. Red is now under guard 24/7 by the Roanoke and Virginia State Police. We asked to give Red food and water, but were denied. The officer said she could have food and water whenever she wanted it, that police would feed her. But the catch is to get the food and water she has to come down. Red says she’s not coming down. Police say she’s trespassing on her own property. We hope she stays put.

THOMAS JEFFERSON SAID ‘The spirit of resistance to government is so valuable on certain occasions that I wish it to be always kept alive. It will often be exercised when wrong, but better so than not to be exercised at all. I like a little rebellion now and then. It is like a storm in the atmosphere.’

Today, Red represents the spirit of that resistance, peacefully protesting a government led far astray of its mandate for a more perfect union and the establishment of justice for all.” 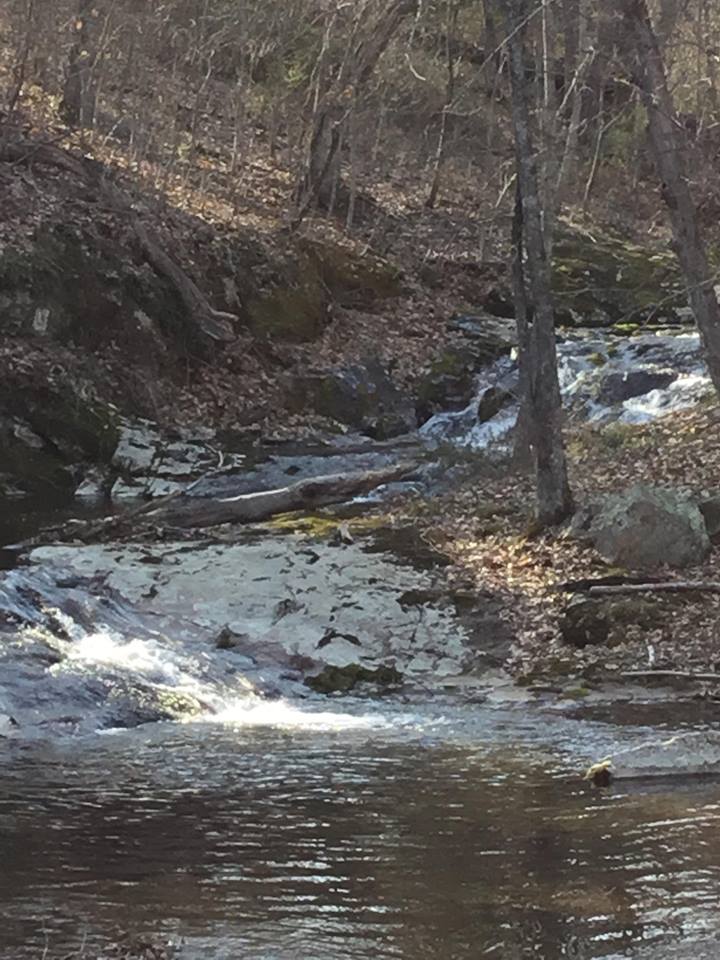 The beautiful forest, wetland, etc. they’re going to destroy for a fracked-gas pipeline we DO NOT NEED. 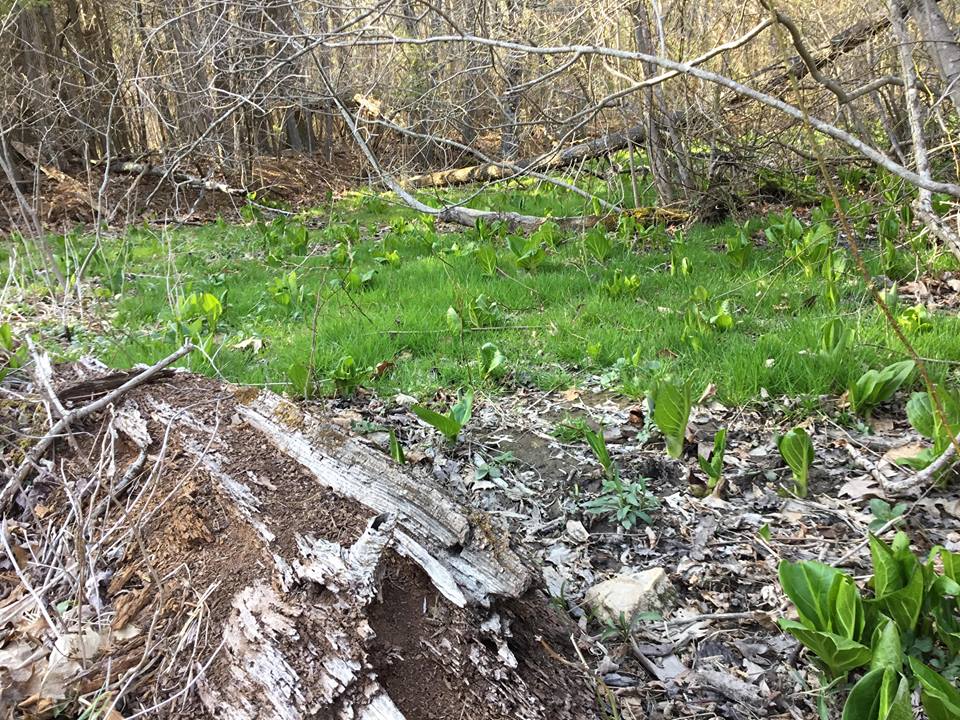 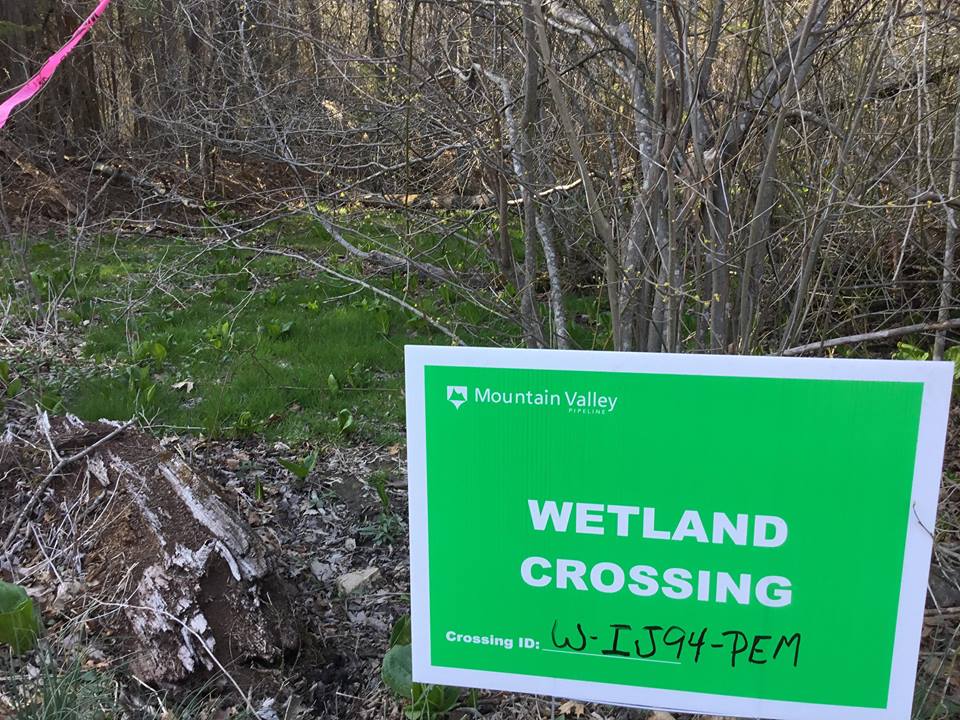 Going to see tree-sitter “Red,” about whom I’m told: “I spoke to Officer Torres and he told me Red could have food and water whenever she wanted it…The catch is….she has to come down” 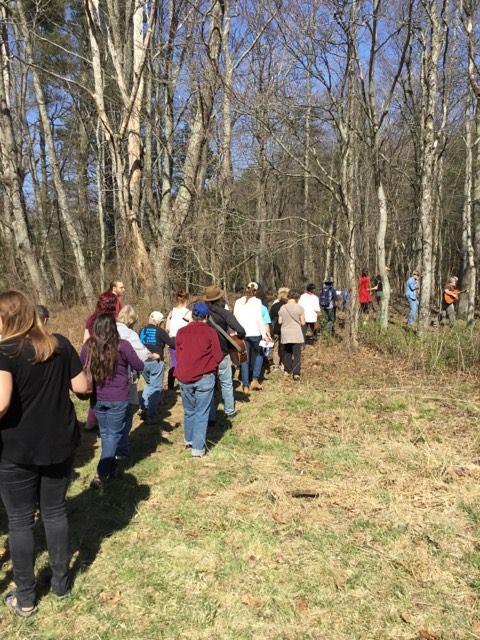 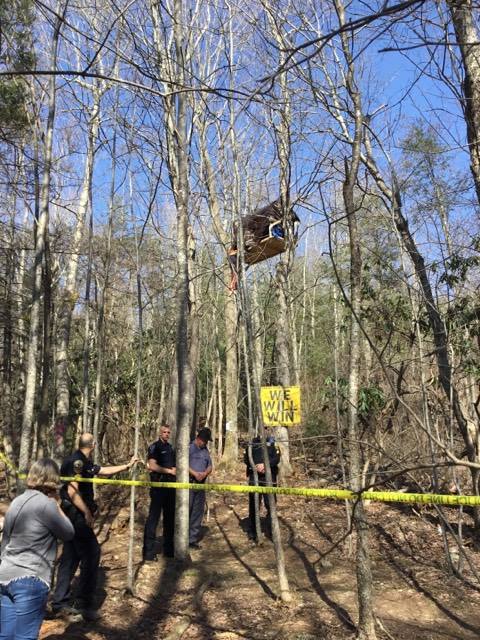 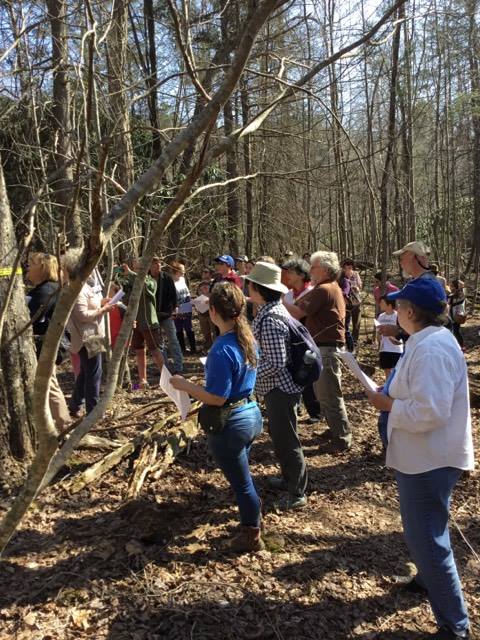 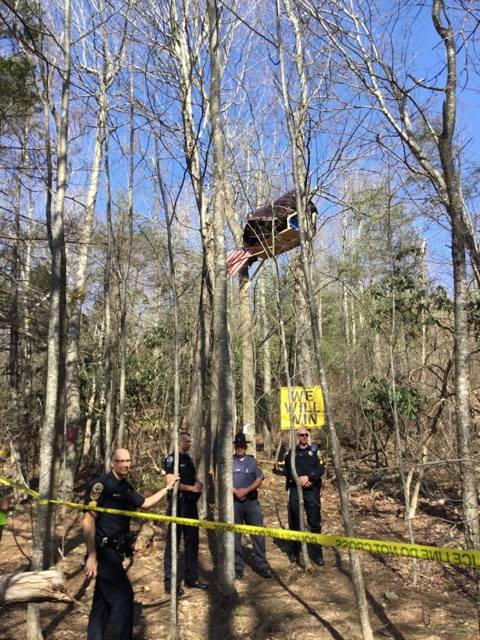 Landowner Mary Beth Coffey whose trees were cut this week 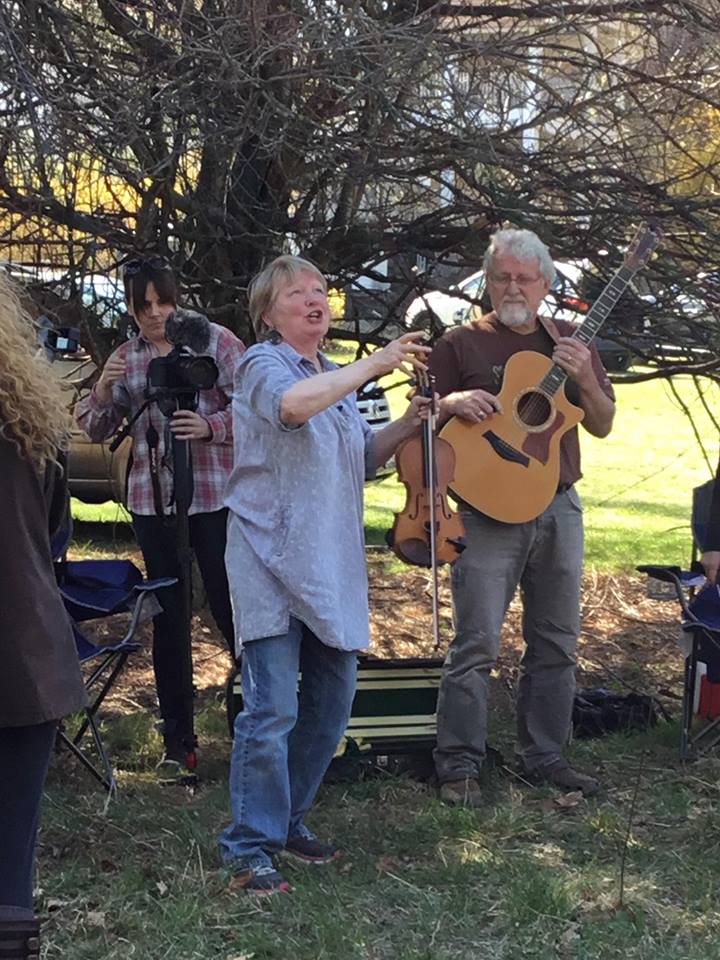