By Linda Sperling, running to represent the Springfield District on the Fairfax County Board of Supervisors.

The United States government is responsible for the separation of over 2,000 innocent children from their parents, punishment for a crime these children did not commit.  Tearful toddlers are being pulled from their mother’s arms, confined to warehouses and permitted only two hours of outdoor play per day.   This is happening on American soil as a result of a “zero tolerance” immigration policy implemented by the Trump administration.

Unfortunately, these horrific crimes against children—which have been condemned by the United Nations Human Rights Office—are a visible result of a decade of jingoistic rhetoric coming from Republican leadership throughout the country and right here in Virginia.

Pat Herrity—a member of the Fairfax County Board of Supervisors—regularly blames children from Central and South American countries for the county’s budgetary shortcomings and educational woes.  Herrity has insinuated that most undocumented minors are dishonest, illiterate gang members and referred to the countries from which these children hail merely as “MS-13 countries”, depriving them not only of their childhood, but their heritage.

In neighboring Prince William County, Board of Supervisors Chairman Corey Stewart has gone further than simple rhetoric.  He was responsible for legislation passed in 2007 directing law enforcement professionals to check the immigration status of anyone they came across, at any time, whether a crime was committed or not.

Stewart claimed “law and order” to be the reason this legislation was necessary, but in retrospect Prince William County did not see a significant decrease in crime.  The county spent a tremendous amount of money implementing legislation with no visible benefit.  What this legislation did accomplish was making a large number of people of Hispanic descent—people who entered this country legally and U.S. born citizens alike—leave Prince William County.

Even Representative Barbara Comstock, who represents Virginia’s 10th Congressional District, has stated her desire to track immigrants the same way FedEx tracks packages, proof of a lack of value for human lives.

Punishing children for the undeniable fact that our immigration system is broken is abhorrent. All of our elected officials, including Herrity, Stewart and Comstock, must work together to find a way to solve our immigration crisis at a federal, state and local level without demonizing and imprisoning innocent children.  Failure to act will not be viewed kindly by history, nor at the ballot box. 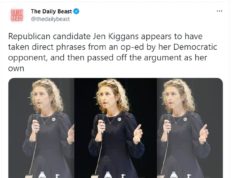 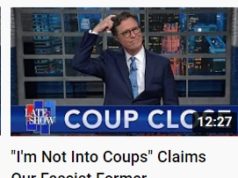 Friday News: “Climate scientists shocked by scale of floods in Germany”; “American democracy survived its Reichstag fire on Jan. 6. But the threat has...