Glad to see that Del. Rip Sullivan’s “Flip-A-District Friday” series is back – today, featuring VA-07 Democratic nominee Abigail Spanberger. Let’s all make sure that we help Spanberger win this November, and in the process oust one of the most extreme, noxious, embarrassing members of the U.S. House of Representatives — Dave Brat.

Welcome to the 1st edition of Flip-a-District Friday for 2018.

Project Blue Dominion brought you weekly profiles of candidates for the House of Delegates in 2017. It paid off. Project Blue Dominion connected readers to campaigns around the Commonwealth, and raised thousands of dollars for candidates, 16 of whom I’m now proud to call my colleagues in the House of Delegates. Together we made a difference. We had an historic General Assembly session, including–with the power of 49 Democrats in the House — finally achieving Medicaid expansion for hundreds of thousands of Virginians.

This year Project Blue Dominion is featuring one candidate per week who is running for office on November 6th, 2018. Check out the info below to learn more about the candidate, the district, and the opponent. 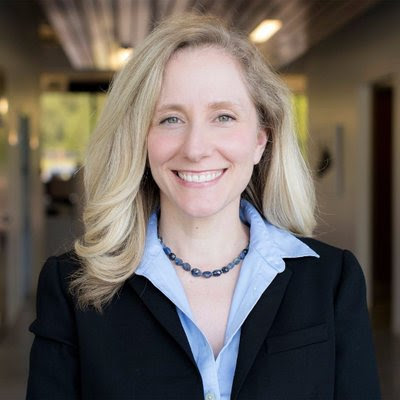 Abigail began her career in public service as a federal law enforcement officer working narcotics and money laundering cases with the US Postal Inspection Service. Following her love of country, public service, and languages, Abigail joined the CIA as a case officer where she lived abroad collecting intelligence, managing assets, and overseeing high-profile programs. In 2014, Abigail left the CIA to begin a career in the private sector and move her family back home to Virginia.

Abigail is a member of Virginia’s Fair Housing Board and a volunteer Girl Scout leader.  She grew up in Short Pump, in Henrico County. Abigail attended J.R. Tucker High School and graduated from the University of Virginia. After college, Abigail moved to Germany and earned her MBA from a dual-degree German-American program. Abigail and her husband, Adam, live with their three daughters in Henrico County.

Once a Republican stronghold, the 7th District has become a “Toss Up” district and one of the most competitive seats nationwide. The 7th was redistricted in 2016 and now spans Central Virginia from Culpeper County to Nottoway County and includes a mix of rural and suburban areas. The district surrounds the city of Richmond on the western side with its suburban Henrico and Chesterfield counties.

Just one example of why Dave Brat needs to go:

Dave Brat consistently attacks constituents who disagree with him, rants about “elites,” and tries to paint the media as biased. Sound familiar? Brat said in a Politico interview about Trump, “I supported him. I handed out stuff. I worked hard for him.”

But despite the fact that Brat thinks he and Trump are similar because they “both listen to people,” he has proven again and again that the last thing he wants to do is hear what his constituents have to say. Last year, Brat famously said that “since Obamacare and these issues have come up, the women are in my grill no matter where I go.” He was so nervous about facing his own constituents that he waitedseveral months to host a town hall, and when he finally did (thanks to strong and vocal pressure from voters), he held it 60 miles from where most of his constituents live.

When Brat refused to speak out against the Trump Administration’s separation policy at the border this year, hundreds of protesters gathered outside of his office. Like President Trump, however, Brat was obsessed with minimizing his opposition’s numbers, writing in an email to supporters that media reports on the protest were “fake.” The subject of the email? “Lying liberal media.”

Finally, when constituents in the 7th Congressional District posted their opinions on Brat’s Facebook page, they were met with petty comebacks from a woman who seemed to be just another voter. They were wrong. It turns out that Brat was paying a woman in Texas thousands of dollars to argue with his constituents on social media – sounds like something a certain thin-skinned President might do.

Brat beat Eric Cantor in the 2014 Republican primary in large part because Cantor seemed too out of touch with his district. But who is out of touch now? Residents of the 7th Congressional District deserve a representative who isn’t afraid to talk about the issues with them — Abigail Spanberger.