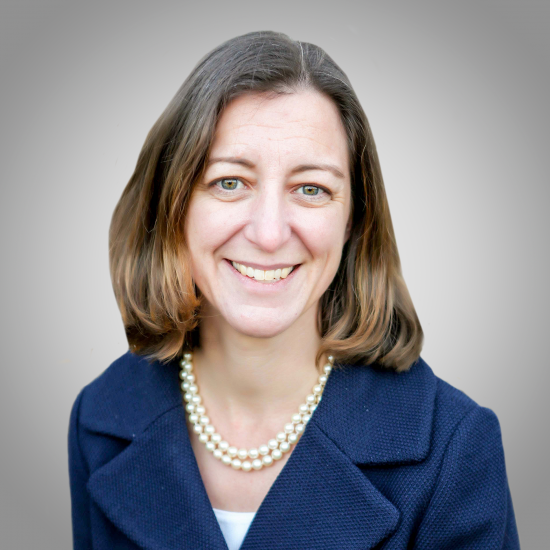 When her peers were heading off to college, Elaine was compelled to be part of something bigger than herself and joined the Navy at 17 – so she could give back and help build a safer, stronger, and fairer society for this generation and the next. Elaine served for 20 years as a Surface Warfare Officer and nuclear engineer deploying six times – twice forward-deployed on ships stationed in Japan – conducting operations in the Middle East and Western Pacific on destroyers, cruisers, and aircraft carriers.

Whether it was enforcing sanctions by boarding Iraqi oil smugglers in the Arabian Gulf, launching jets off the deck of the aircraft carrier in the Indian Ocean to simultaneously strike terrorists in Iraq and Afghanistan, or commanding a combat-ready unit of 400 sailors, Elaine never let politics get in the way of doing what was right and getting the job done.

While Elaine’s service to our country was coming to an end – she officially retired from the Navy on June 1, 2017 – she was inspired to help the community that she and her family call home. That’s why she started a family business, Mermaid Factory, that began as a block of clay on her kitchen table. Mermaid Factory has created ten jobs in the community, donated over fifty thousand dollars in proceeds to charity, and infused more than a quarter of a million tax dollars into the economy.

In Congress, Elaine will use her experience in the Navy and as a small-business owner to protect our country and create an economy that works for everyone – not just those at the top. Her 20-year Navy career makes her the clear choice to represent this military-rich district with the world’s largest navy base and one of the highest concentration of veterans, including the largest number of female veterans nationwide. Through her experience as an entrepreneur, she understands the challenges and potential of small businesses. And, as a mother, she will fight to ensure a brighter future for every child.

The Second District encompasses all of Accomack and Northampton Counties, part of York County, the cities of Virginia Beach and Williamsburg, and parts of the cities of Norfolk and Hampton. The 2018 Cook Partisan Voter Index for this district is R+3, meaning that in the previous two presidential elections, this district’s results were just three percentage points more Republican than the national average.

It was added to the Democratic Congressional Campaign Committee’s Red to Bluelist on February 20, 2018, making Elaine Luria the first candidate seeking election to the U.S. House from Virginia to be added to the list.

Just one example of why Scott Taylor must go:

According to data researchers at FiveThirtyEight.com (Nate Silver’s website), Taylor consistently backs the Trump agenda at a rate of 97.7 percent. From rolling back Dodd-Frank regulations to trying to ban abortions after 20 weeks to attempting to repeal the Affordable Care Act, he votes overwhelmingly for Trump-backed bills.

Despite his rhetoric on balanced budgets, Taylor was particularly proud of his vote for the Republican tax bill, which is projected to cost $2.3 trillion over 10 yearsaccording to the U.S. Treasury Department. Meanwhile, the Office of Management and Budget (OMB) recently admitted that, despite Trump officials claiming that the tax cuts will pay for themselves, the GOP-passed legislation will significantlyincrease the government’s projected annual budget deficits. In fact, 2019’s deficit is already projected to be more than a trillion dollars.

Taylor also voted for the Trump-Ryan health care plan that would have left twenty-three million people, including 45,000 in the Second District, without health care coverage. Even Barbara Comstock voted against the so-called Affordable Health Care Act (AHCA). The bill ultimately – and thankfully – died in the Senate.

Finally, Taylor voted in favor of drilling off the Virginia coast. This is an inexcusable position for someone who represents so much of the coast that would be vulnerable to oil spills and other environmental catastrophes because of offshore drilling. In fact, the vote contrasts with prior assurances from Taylor that he wouldoppose offshore drilling in the Atlantic – the Second District deserves a representative who will keep his or her promises, not break them under pressure from Paul Ryan or Donald Trump.

This concludes Volume V of our 2018 Flip-a-District Friday series. Stay tuned for weekly updates as we approach one of the most consequential midterm elections of our lives.