I posted last Saturday on absentee voting ballots requested/submitted as of October 12. Now, the Virginia State Board of Elections website has numbers available through October 19. Here are a few key points and graphics.

Now, see below for a graph of Virginia absentee ballots by Congressional District (in descending order) as of October 19. 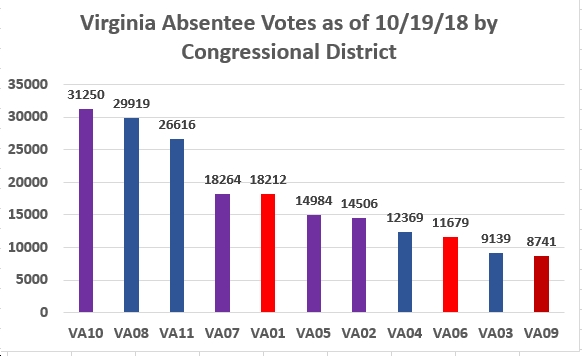 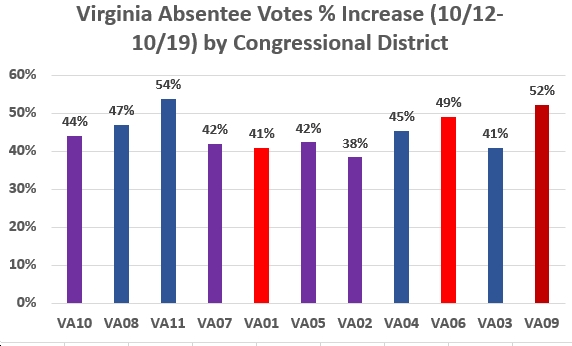 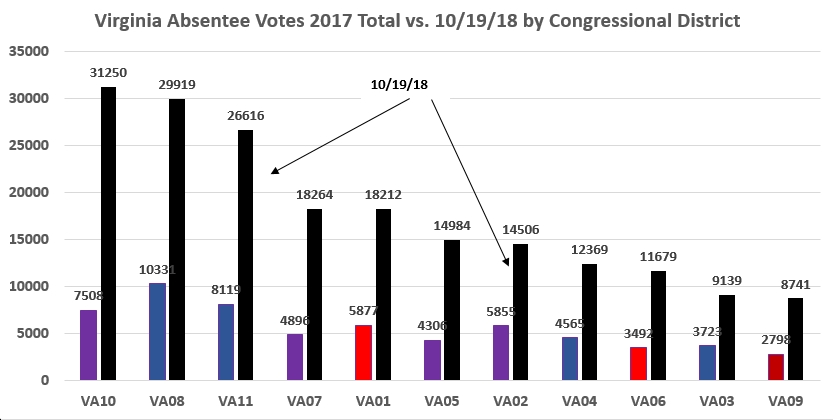 What on earth is Miyares babbling about? Teachers/administrators can't "change a child's gender." What, are they now doing surgeries right at school? Fear mongering, irresponsible rhetoric from Virginia's Attorney General (ugh). https://bluevirginia.us/2022/09/wednesday-news-west-condemns-staged-referendums-calls-nord-stream-explosions-deliberate-act-hurricane-ian-gets-nasty-quickly-turbocharged-by-warm-water-the-unlikely-al#comment-5998210622