Huge thanks to a super-smart northern Virginia “Indivisible” member for finding this data from the Virginia State Board of Elections website and for putting together the graphs of VA-10. I downloaded the CSV file and put together the first graph (see below), of Virginia absentee votes requested/submitted, by Congressional District, as of 10/4/18. A few things that jumped out at me were: 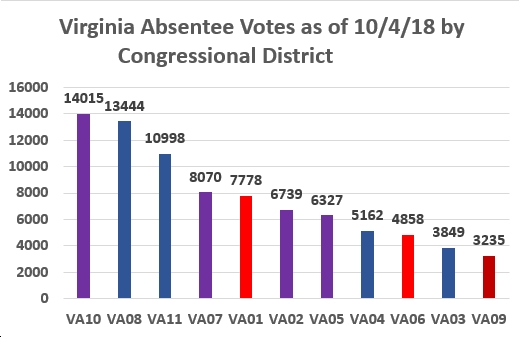