Last Friday, we reported that Virginia House Democratic Leader David Toscano had announced his intention to step down as Leader, but that he might stay on the job through the end of the 2019 General Assembly session. Now, we’ve learned from multiple sources that Toscano will be stepping down on 12/31, and that Virginia House Democrats will be holding an internal vote on 12/8 to select their next Leader.

Personally, I very much look forward, and hope/expect that we’ll be hearing from these candidates regarding their vision for the Virginia House Democratic Caucus going forward, as well as where they’d like to take Virginia in terms of legislation, particularly if Democrats win back the Virginia House of Delegates next November. I’d also like to hear about their plans to win the Virginia House of Delegates. Finally, I think it’s important that this process not be a secretive or purely “inside game” one, but that the broader Virginia Democratic community gets to hear from the candidates and to weigh in on who they support – and why. I’d be happy to interview any of the candidates in the coming days if they’re interested…

With that, here are the candidates for Virginia House Democratic Leader. 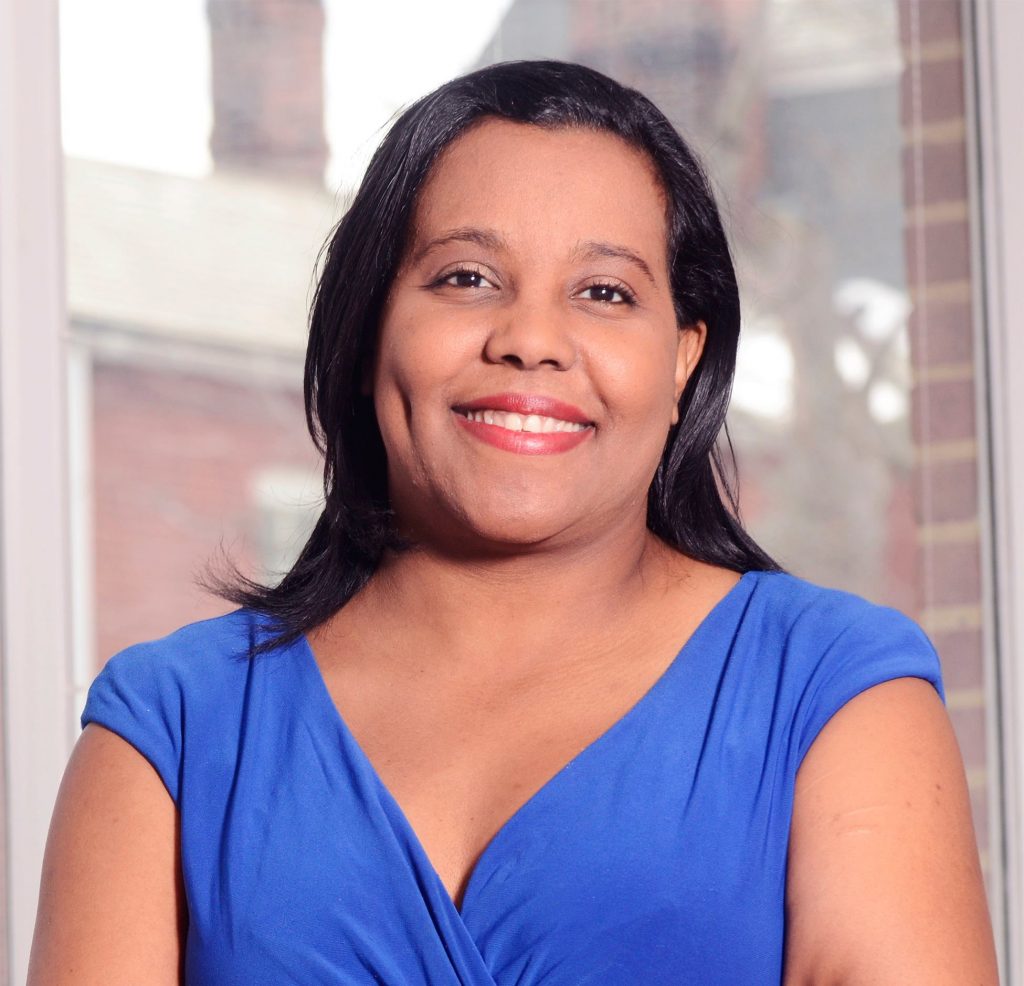 “Charniele was elected to the General Assembly in January 2009 in a special election to fill the vacated seat for the 46th House District.  Her election is historic because she is the first African American woman from Northern Virginia ever elected to the over 400 year old Virginia legislature. Since her election, Delegate Herring has served on the Joint Subcommittee Studying Strategies and Models for Substance Abuse Prevention and Treatment, Governor McDonnell’s internal working group on voting rights restoration, the Virginia State Crime Commission, and Governor McAuliffe’s Taskforce on Heroin and Prescription Drugs. In the legislature Herring serves on the Courts of Justice and Counties, Cities, and Towns Committees.

When Charniele got to Richmond there was no organized caucus for the issue of women’s health care.  So she founded the Virginia Legislative Reproductive Health Caucus to educate legislators about women’s health care, birth control, and attacks on a woman’s right to choose.  When Governor Bob McDonnell introduced his bill to require women seeking an abortion undergo a forced ultrasound, Charniele convinced leadership of her own party to fight back and take an official stand opposing McDonnell. Herring’s fight against McDonnell’s ultrasound bill and other attacks on women’s health care was described as “heroic” by the National Organization for Women.

During her time in the House, Charniele has quickly risen in the leadership of the Democratic caucus, while becoming a national leader in the fight to protect women’s health care.  She has accomplished much in her few years in the legislature, among them are her successful fight to restore funding for homeless services in Virginia’s 2010-2011 biennial budget, the passage of her bill to give small businesses a competitive advantage in the state’s procurement process, and her work to make the Commonwealth a safer place. Her environmental stewardship has been recognized by the Virginia League of Conservation Voters with the Legislative Hero Award.  She was also recognized in 2009 by the Virginia Education Association for her commitment to a good education for all Virginia’s children with the Rookie of the Year award and in 2013 and 2015 with the “Solid as a Rock” Award.

A past chair of the Virginia’s Democratic Party, helping sweep statewide offices in 2013, Herring was elected Chair of the House Democratic Caucus in 2015. “ 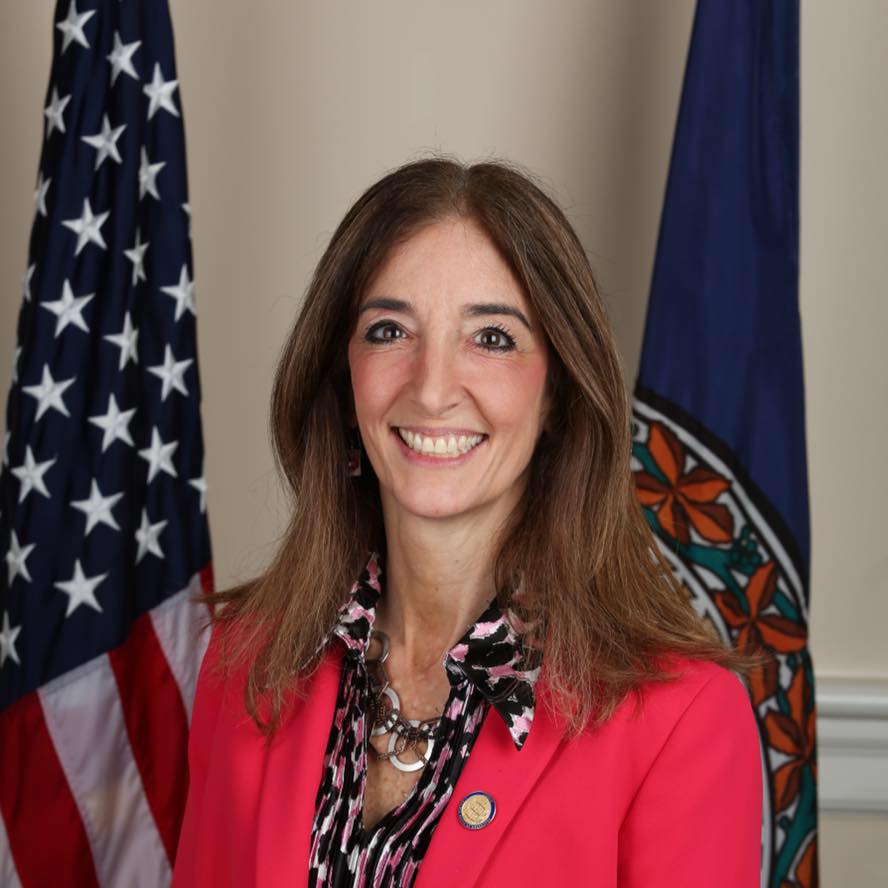 “Eileen Filler-Corn has served in the Virginia House of Delegates, representing the 41st District, since 2010. The 41st District, located in Fairfax County, includes Burke and parts of Fairfax, Fairfax Station and West Springfield. Eileen has over two decades of experience in both the public and private sectors, working across party lines to make a difference in the lives of all Virginians.

In the House of Delegates, Eileen is a member of the Transportation Committee, Finance Committee and the Commerce & Labor Committee. She currently serves on the Joint Commission on Transportation Accountability, Health Insurance Reform Commission, Joint Commission on Technology and Science, Virginia Commission on Intergovernmental Cooperation and the Transportation Public-Private Partnership Steering Committee. She also chairs the Advisory Council on Pediatric Acute-onset Neuropsychiatric Syndrome (PANS) & Pediatric Acute-onset Neuropsychiatric Disorder Associated with Streptococcal Infections (PANDAS). Additionally, she is the chair and a founding member of the bipartisan General Assembly Arts Caucus. She also serves as Vice Chair for Outreach of the House Democratic Caucus, having previously served as the House Democratic Whip.

Outside of the Virginia General Assembly, appointments include: Chair of the Board for Jobs for Virginia Graduates and Virginia State Director for both Women in Government and the National Foundation for Women Legislators. In addition, she was selected to join the bipartisan Governing Institute’s Women in Government Class of 2017. She is also a member of the Board of Directors of the following organizations: American Jewish Committee (AJC), Clean Air Partners, the Center for Public Policy Innovation (CPPI) and Jewish Federation for Group Homes (JFGH).

In addition to serving in the House, Eileen Filler-Corn is the Director of Government Relations at Albers & Company. Eileen brings over 25 years of extensive governmental, legal and political experience to the firm, designing and implementing strategies unique to every client in order to achieve their specific goals and objectives.

Previously, Eileen served in the Administrations of Governor Mark Warner and Governor Tim Kaine, advising on state and federal relations. For over 25 years, Eileen and her husband Bob have lived in Fairfax County, Virginia, along with their children, Jeremy and Alana.” 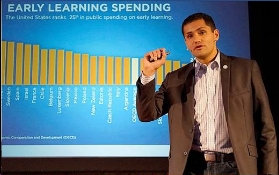 “After receiving a bachelor’s degree in Business Administration from Roanoke College and Master’s Degree in International Business from Hawaii Pacific University, Sam became a small business owner and later the Chief Financial Officer and Chief Operating officer of a non-profit healthcare firm. Sam channeled his passion for healthcare reform into finding more compassionate ways to care for our seniors and helping with maternal and child health in East Africa. Sam currently has his own small business which helps organizations become more successful through developing better business plans and through investing in their employees. As of March 2017, Sam became the first Virginia legislator to no longer accept donations from special interest PACs (Political Action Committees), or from registered lobbyists.” 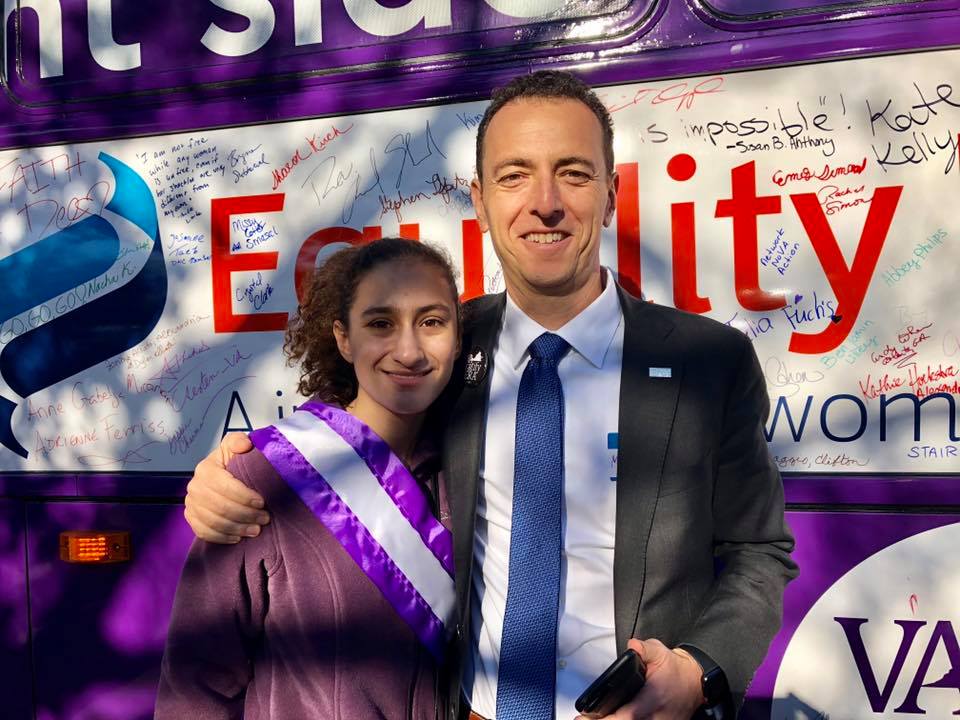 “After returning from four years of College in 1992 with a Bachelor’s degree in Middle East Studies and Journalism from NYU, Marcus went to work for Delegate James M. Scott as his first full time legislative aide. He rented a house in Pimmit Precinct which also served as the unofficial 53rd District local office. Marcus worked on Jim’s 1993 re-election campaign and accompanied him to Richmond for the 1993 and 1994 legislative sessions. In 1995 Marcus went to work for then Providence District Supervisor, and candidate for Chairman of the Fairfax County Board of Supervisors, Katherine K. Hanley. He moved with Kate to the Government Center after her successful special election campaign, and remained on her staff for the next five years. In the fall of that year he began attending Law School at American University’s Washington College of Law at night…

Marcus left the Chairman’s office after graduating law school in 1999 and receiving his Commission as an officer in the U.S. Army Judge Advocate General’s Corps. Although he’d volunteered to spend his first year as JAG serving in Korea, his assignment was changed during the final days of his training in Charlottesville, and he was assigned to the Military District of Washington and Ft. Myer, in Arlington. As an Army Captain, Marcus served as a prosecutor where he handled officer misconduct cases and all criminal cases on Ft. Myer, Ft. McNair, and the Walter Reed Army Medical Center. He also served as a part time Special Assistance United States Attorney prosecuting civilians who committed crimes on federal military installations in the Washington area…

Upon completion of his military commitment, Marcus entered private practice in 2003 working as a Real Estate attorney in downtown McLean. In 2008 Marcus co-founded the Law Firm of Leggett, Simon, Freemyers & Lyon and Ekko Title, a real estate settlement, title and escrow company. Ekko Title now employees over 40 people at its eight locations throughout Northern Virginia from Fredericksburg in the South to Reston and McLean in the North…

In 2004 he was appointed by Fairfax County Board Chairman Gerry Connolly to the Fairfax County Advisory Social Services Board which he later chaired, and the Fairfax County Industrial Development Authority where he continues to serve as Vice Chair. He currently serves on the Following Boards, Authorities and Commissions.” 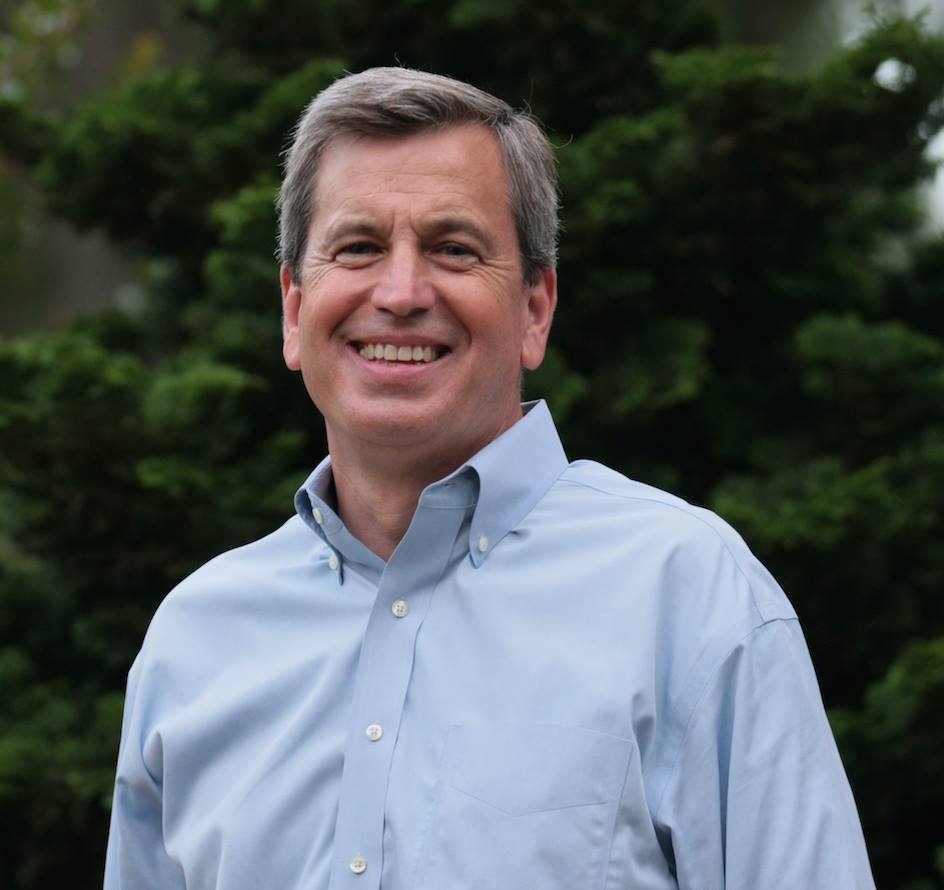 “Richard “Rip” Sullivan and his wife, Beth, were both raised in Northern Virginia. Before being elected to the House of Delegates in 2014, Rip served our region on numerous boards and commissions, and has extensive experience in a number of key policy areas that have directly translated to his work for his district. Last year, Rip was appointed the Democratic Caucus Campaign Chair, meaning he is leading the Democratic Party’s effort to gain seats and win back the majority in the House.

As a Delegate, Rip has fought to remove politics and partisanship from the redistricting process, encourage the growth of Virginia’s clean energy and energy efficiency sector, and make voting more accessible for all. This year he has been endorsed by the Sierra Club Virginia Chapter, NARAL Pro-Choice Virginia, Equality Virginia, the Virginia Professional Firefighters, the Virginia Farm Bureau Federations AgPAC, the LGBT+ Democrats of Virginia, Virginia AFL-CIO, Planned Parenthood, Every Voice, Northern Virginia Technology Council (NVTC) TechPAC, Humane Dominion, NOVABIZPAC, Virginia REALTORS PAC, and the Sun Gazette. Additionally, he received the Sierra Club Virginia Chapter’s “2017 Legislative Leader” award, the Virginia League of Conservation Voters’ “Legislative Hero” Award for 2017, and the Virginia Education Association’s “Solid As A Rock” Award for his 2016-2017 voting record.

Outside if his work in the General Assembly, Rip has been widely recognized as a leader in our community, as reflected in his appointments to numerous Northern Virginia boards and commissions. His appointments include the Fairfax Consumer Protection Commission, Transportation Advisory Commission, the Housing and Redevelopment Authority, and the Park Authority. Additionally, Rip served as president of the Legal Services of Northern Virginia, a non-profit institution providing legal services to low-income residents. Rip is also a former member of the Board of Governors for the Virginia Bar Association.

Rip and Beth, his high school sweetheart, have four children, all of whom attend or graduated from our public schools. They recently welcomed their first granddaughter, Alex, into the world.