Yet another example of why we need to vote Republicans out of office here in Virginia this November and across the country in 2020. Just pathetic. 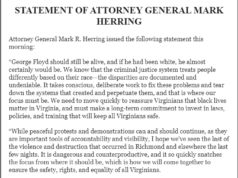 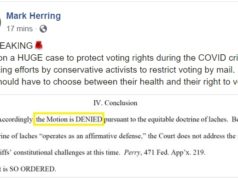 AG Mark Herring – “BREAKING: We won a HUGE case to protect voting rights during the COVID crisis, defeating efforts by conservative activists to...