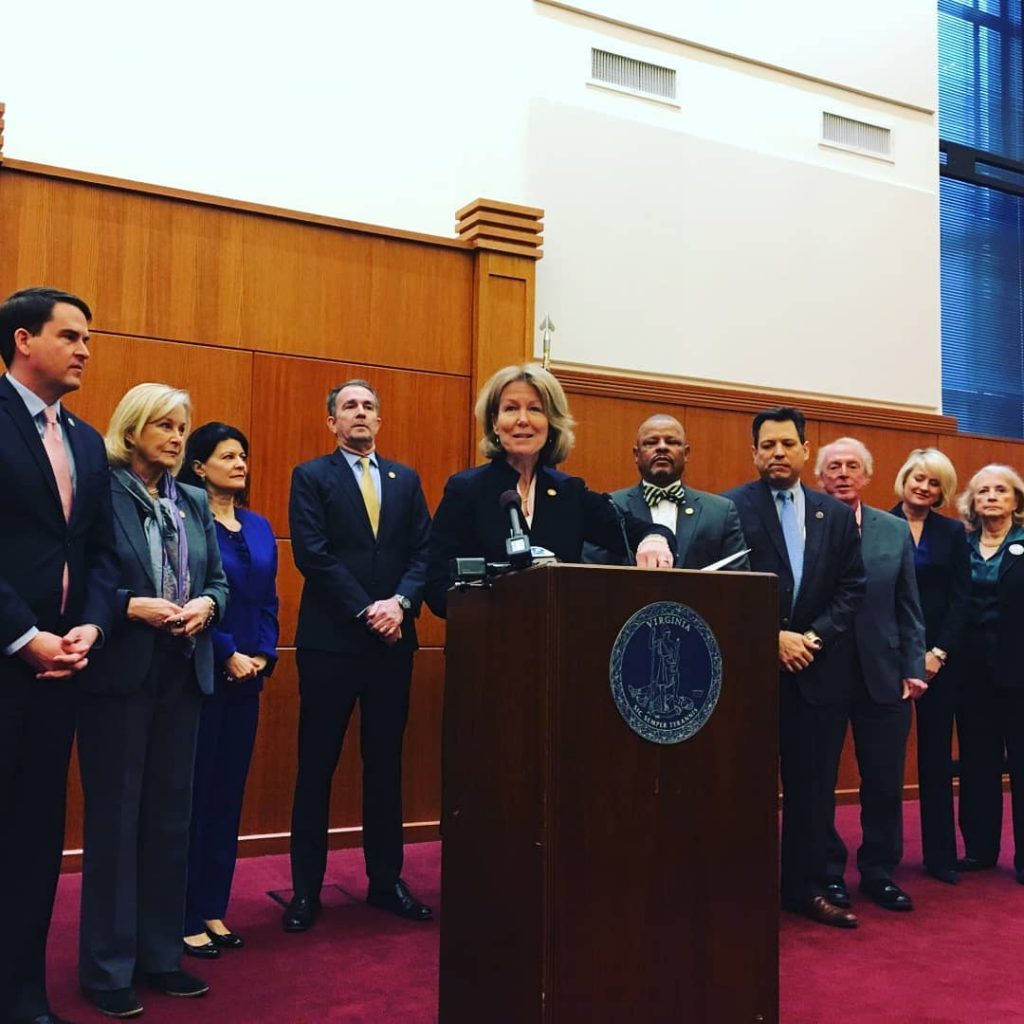 ~ Four projects reduce congestion and improve connectivity on I-495 and I-95, including the Occoquan Auxiliary Lane ~

RICHMOND—Governor Ralph Northam today announced that the Commonwealth of Virginia has signed agreements with private partner Transurban to deliver critical transportation solutions along Interstate 495 and Interstate 95. Months of close collaboration and negotiation between the Commonwealth and Transurban have resulted in a deal for four transportation infrastructure projects that will create significant value for citizens and businesses throughout Northern Virginia and Fredericksburg.

“My administration is committed to creating opportunity for Virginia families and businesses in every corner of the Commonwealth, and that requires having a safe, reliable transportation network,” said Governor Northam. “I am pleased to announce these four projects that will bring significant improvements to I-495 and I-95, easing congestion, enhancing safety, and driving economic growth.”

“Transurban has a long history of working with the Commonwealth to collaboratively solve major transportation challenges,” said Transurban President Jennifer Aument. “With expanded capacity and new connections to commuter routes and commercial centers, we are committed to delivering transportation solutions that keep travelers moving faster and safer throughout Northern Virginia.”

VDOT is advancing required environmental studies to support these projects, and the partners will commence extensive engagement with the community and local stakeholders as they develop more detailed design plans. While the timeline for delivery of the improvements will continue to be refined, construction could begin as early as 2020.

“These negotiations have resulted in a more than $1 billion investment in transportation infrastructure in these vital regions of Virginia,” said Secretary of Transportation Shannon Valentine. “Working collaboratively, we are delivering on our commitment to reduce congestion, improve safety, and increase reliability for those we serve.”

In total, Transurban has committed more than $1 billion over the next five years to fund enhancements to the regional transportation network. Competitive design-build procurements are being used to further ensure best value for Virginia taxpayers.

“The I-95 bottleneck at the Occoquan Bridge has been a source of personal frustration and time stuck in traffic—valuable time that could be spent with family,” said Senator Jeremy McPike. “With funding now in place, VDOT will begin the design and construction that our community has sought for years. I applaud Governor Northam and Secretary Valentine for their commitment and leadership to making improvements and identifying funding to start this project immediately.”

“The Occoquan bottleneck is the worst traffic problem in Virginia and has been one of my top priorities since I was elected to represent Prince William County in 2015,” said Senator Scott Surovell. “I am ecstatic that Governor Northam’s administration and Transurban were able to negotiate a way to expedite construction on this critical improvement. Everyone wins in this deal.”

“I am delighted that Governor Northam and his team have found a way to expand capacity on I-495, heading up to the American Legion Bridge,” said Senator Barbara Favola. “This improvement demonstrates Virginia’s commitment to easing traffic throughout the region and provides further incentives for Maryland to help address congestion on the Bridge.”

By 2022, the Commonwealth of Virginia will have in place 90 miles of connected Express Lanes network throughout Northern Virginia and Fredericksburg. Together with general purpose (GP) lanes, rail, commuter rail, transit, ferries, and trails, these multimodal travel options are creating a future of more seamless mobility for residents, commuters, and businesses.

Video: Biden for President Debuts Closing Message Ads Nationwide ("Ads Highlight Urgency Around Winning the Battle for the Soul of the Nation and Unifying the Country") https://bluevirginia.us/2020/10/video-biden-for-president-debuts-closing-message-ads-nationwide) https://bluevirginia.us/2020/10/video-biden-for-president-debuts-closing-message-ads-nationwide

.@afor9th - Imagining the Worst: When Years of Relentless Denigration of Others Bears Fruit https://bluevirginia.us/2020/10/imagining-the-worst-when-years-of-relentless-denigration-of-others-bears-fruit via @bluevirginia