The following information regarding the now infamous March 22 incident at the Virginia Capitol with far-right State Senator Amanda Chase (R-SD11) is from FOIA requests by Democratic research/tracking/response firm, American Bridge.

As you probably recall, Senator Chase insisted that she needed to park inside the Pedestrian Plaza that day because she supposedly had received threats that made her in fear of her life. She wrote on Facebook, “Since I joined the Senate, I’ve been accosted on three separate occasions at the Capitol just this year.” She also claimed in that post that she had made complaints to the Clerks office.

So, American Bridge requested all “officer reports, officer narratives, and arrest records involving Amanda Chase” from the Capitol Police from January 2016 through the present day. They also requested all “correspondence between the office of the Clerk and Senator Amanda Chase related to security threats and/or harassment complaints reported by Senator Chase from January 13, 2016 through the present date of this request.”

See below for what American Bridge received, in addition to the March 22 incident report that has already been reported on. As you can see, there were only two complaints made by Senator Chase/her office to the police during the January 23, 2016-present time period, both of which were dismissed by the police as not a legitimate threat. Furthermore: the Senate Clerk’s office has no records or documents in its possession related to American Bridge’s request.

Bottom line: it’s very clear from these reports that, at the very least, Senator Chase grossly exaggerated the threats against her in an effort to defend her embarrassing, unprofessional, and rude behavior to Capitol police officers on March 22, 2019. Chase also may have outright lied about filing complaints to the Clerk’s office, as they have no records of any complaints. Given all this information, as well as Chase’s outrageous behavior, the question is, why would anyone vote to reelect Amanda Chase this coming November? 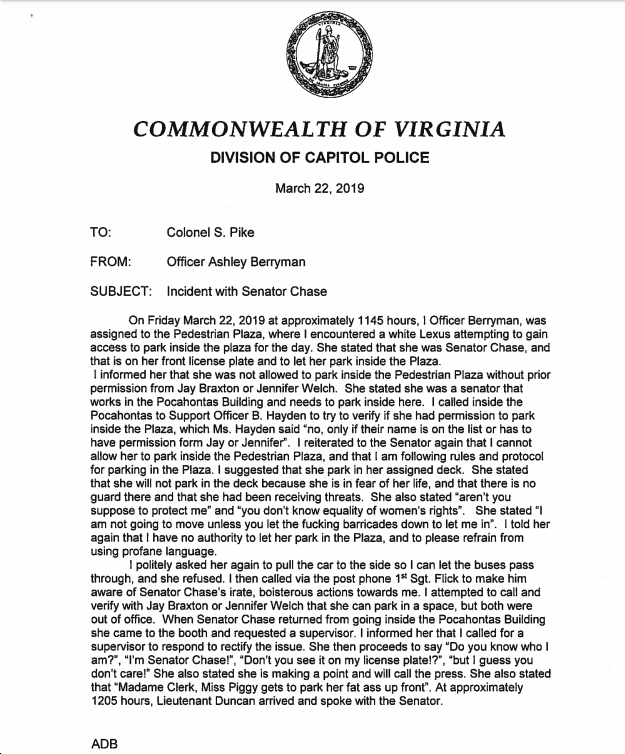 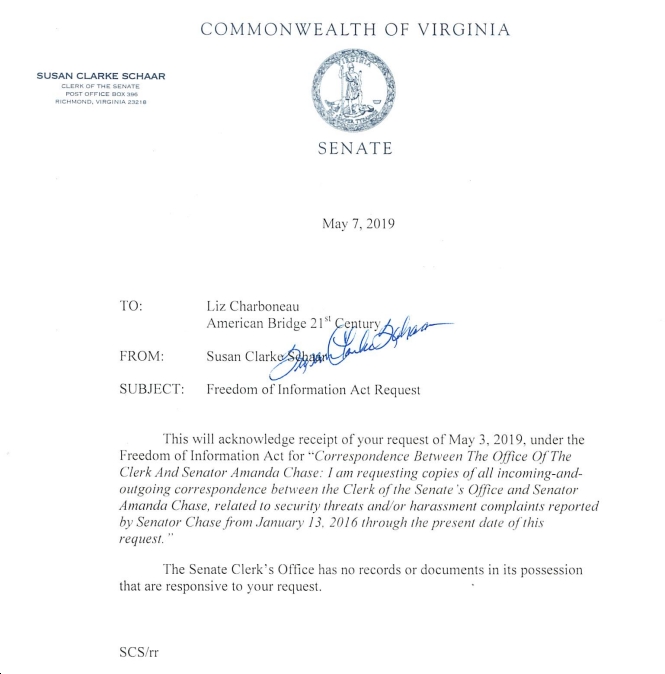 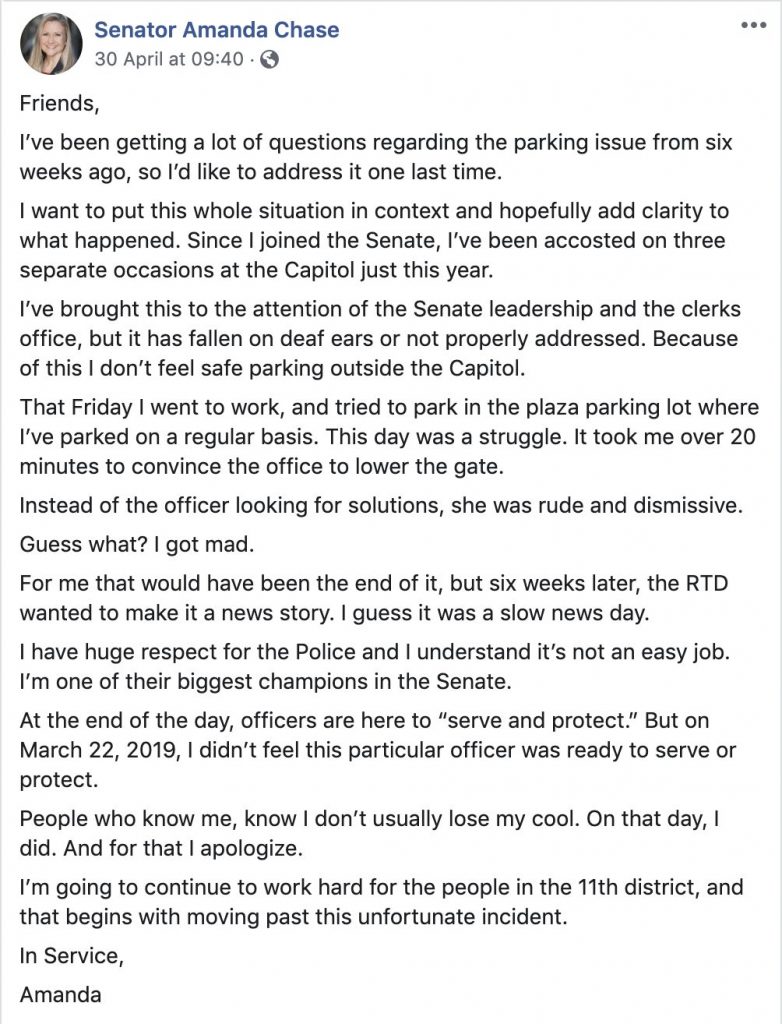