Good analysis by Chaz Nuttycombe, this time on SD-13 (Loudoun, Prince William Counties; 58% Kaine and 55% Northam districts). The only things I’d quibble with are:

2) Chaz’s argument that Republican candidate Geary Higgins as not a Corey Stewart or just “lean conservative.” I’d argue that Higgins is about as hard right as they come (also note, as an added bonus, Higgins can’t even spell the name of Loudoun County correctly – lol). For more on Higgins, see Mark Levin speaks in Loudoun in support of Geary Higgins (“A bill supporting abortion or infanticide will not happen with Geary Higgins in the State Senate. Higgins is strongly pro-life. His support of the 2nd Amendment is firm.”); and Loudoun County Supervisor Geary Higgins Announces Bid for State Senate Seat (which notes his endorsements by rabid homophobic bigot and Assad lover Dick Black, plus…yep, rabid homophobic bigot, etc. “Sideshow Bob” Marshall; and SD-13 (OPEN): GOP PRIMARY IS A RACE…TO THE FAR RIGHT.

Other than that, I think Chaz’s analysis of this district as “Lean D” trending towards “Safe D” is correct.  Now, we all just have to make sure we get the job done and elect Democrat John Bell this November. 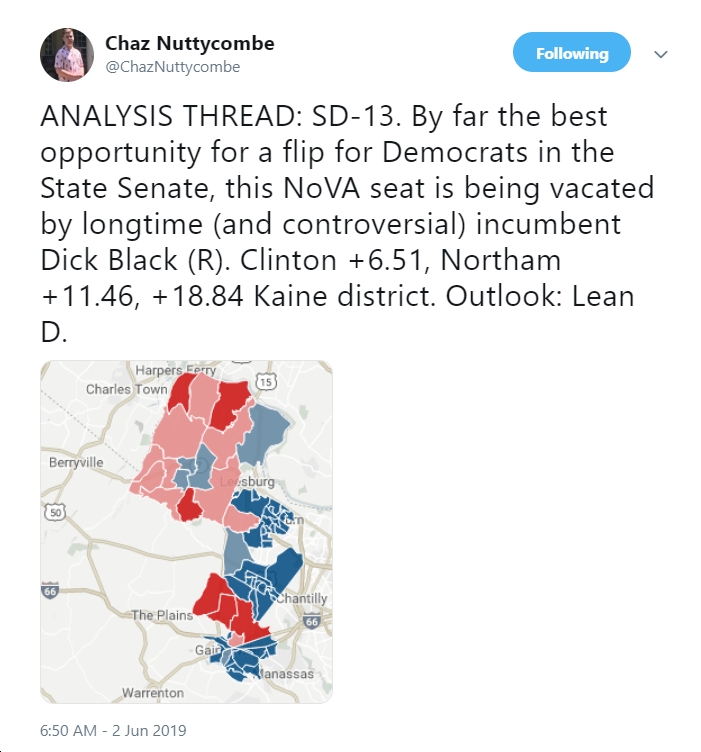 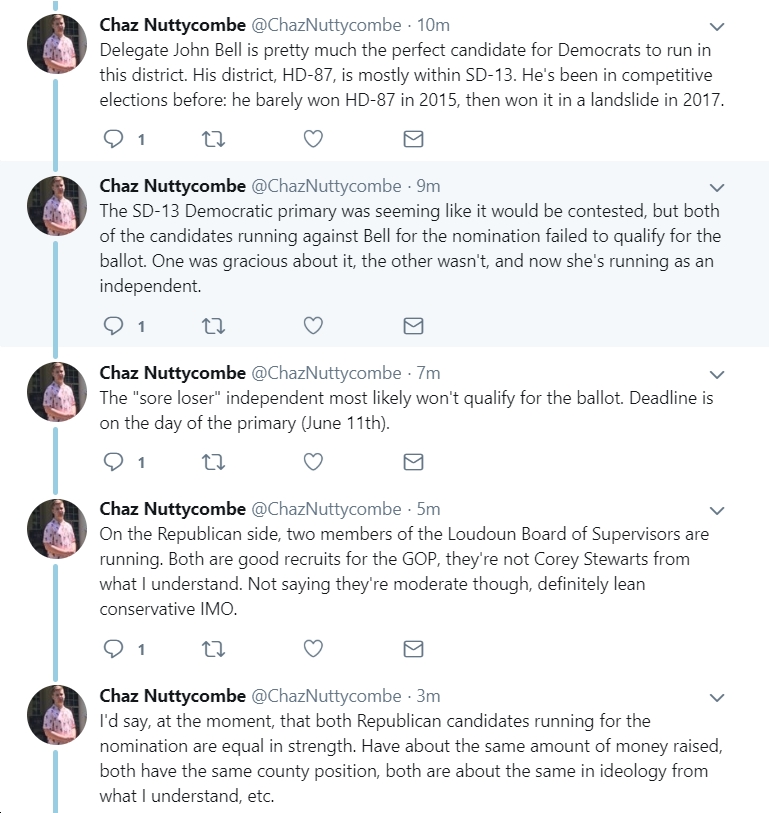 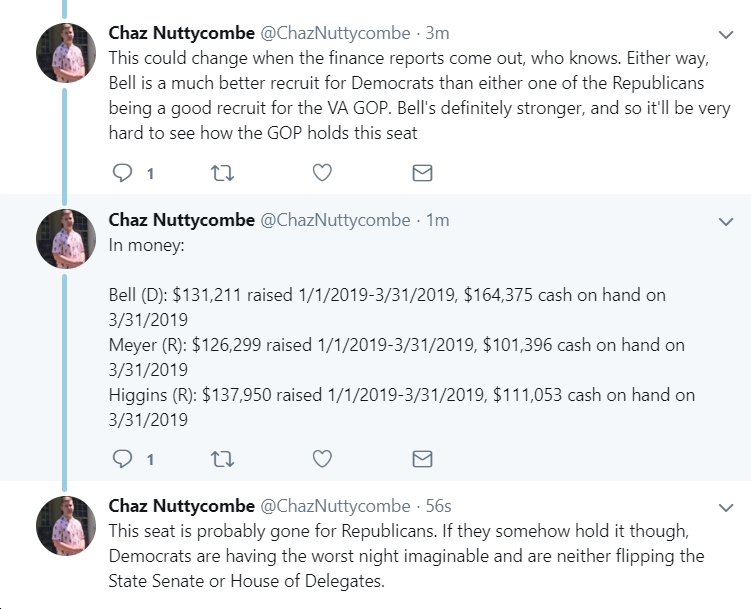 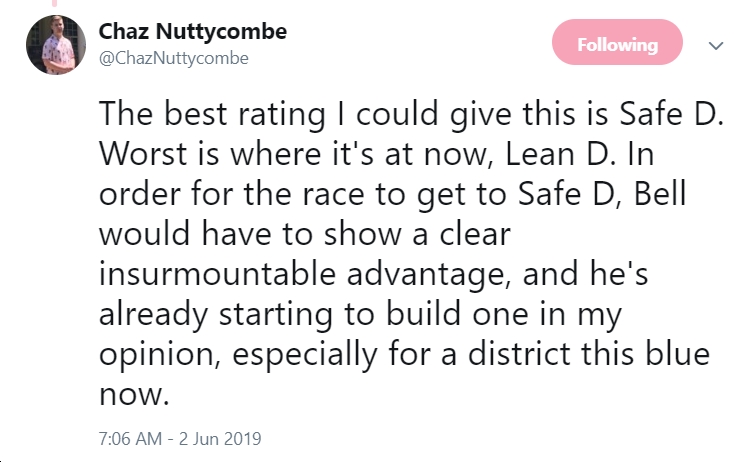