Getting the idea? In short, AfP is the worst of the worst; totally antithetical to anyone who cares about fighting for workers, the environment, healthcare, transit, good government, etc.

Now, let’s look at who AfP is backing this cycle in Virginia: “Glen Sturtevant (SD 10), Siobhan Dunnavant (SD 12), and Geary Higgins (SD 13) for the Senate and Roxann Robinson (HD 27), Mary Margaret Kastleberg (HD 73), Randy Minchew (HD 10), Mike Webert (HD 18), and Nick Freitas (HD 30) for the House of Delegates.” Note that some of these folks – like Glen Sturtevant and Siobhan Dunnavant, for instance – dishonestly PRETEND to be relative “moderates” (e.g., Sturtevant pretended to care about ratifying the ERA), but most certainly are *not* moderates in any way/shape/form.  Anyway, let’s just make damn sure we elect the following Democrats running against these Koch suckers this November (absolute top priorities marked with ***): 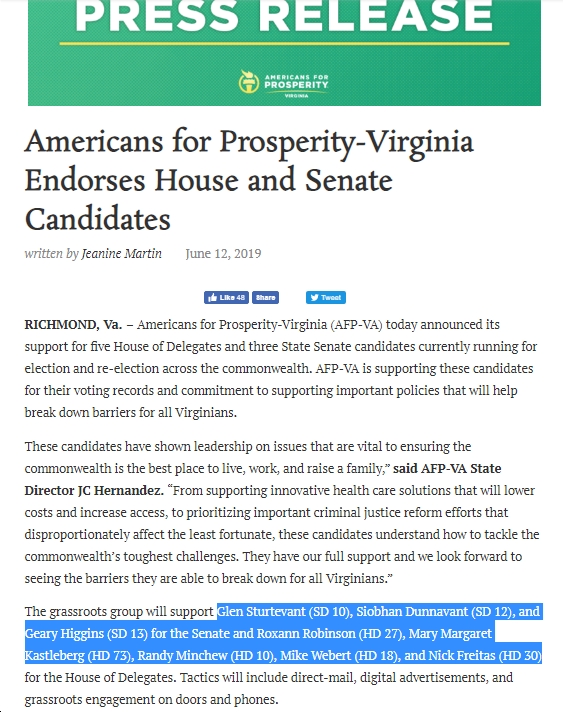