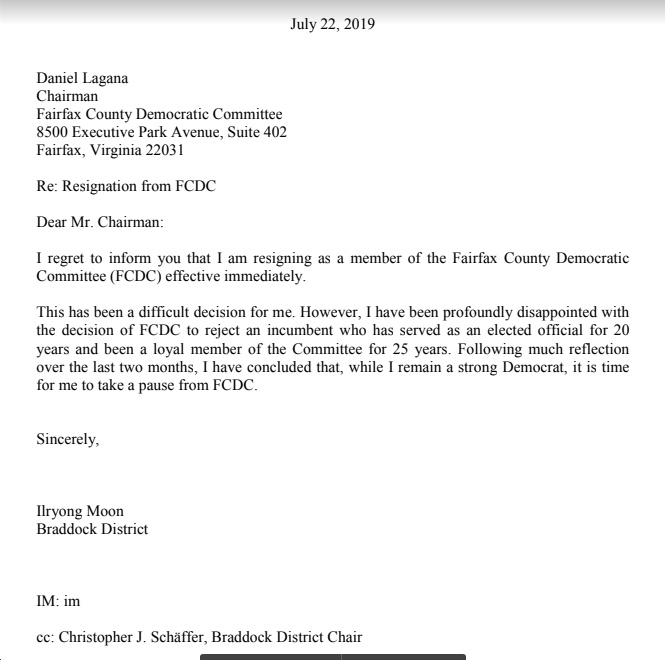 “…I have been profoundly disappointed with
the decision of FCDC to reject an incumbent who has served as an elected official for 20
years and been a loyal member of the Committee for 25 years. Following much reflection over the last two months, I have  concluded that, while I remain a strong Democrat, it is time
for me to take a pause from FCDC.”

This is a problem, unfortunately, for a bunch of reasons.

Anyway, the bottom line is that this is a very tricky, and potentially very bad, situation. The *last* thing we want to see this November is Republicans somehow managing to get one or more of their right-wing nominees onto the School Board, just when it seemed possible that Democrats might end up with unanimous control. So personally, I hope that Ilryong Moon will seriously consider taking his name off the ballot. He’s been a superb and much-admired School Board member for many years, but the fact is, he lost the endorsement process, pledged not to run if he lost, and now needs to follow through on that.