In a letter sent to Majority Leader McConnell today, Spanberger and her colleagues called on the Senate to follow the example set by a bipartisan majority of the U.S. House and swiftly pass these popular, commonsense gun safety reforms. Following the deadly mass shootings in El Paso, Texas and Dayton, Ohio, Spanberger is demanding immediate action from her Senate colleagues.

“This inaction must stop. We know background checks save lives. Every day, background checks stop more than 170 felons and 50 domestic abusers from getting a gun,” said Spanberger and her colleagues. “Any delay to pass commonsense gun violence prevention legislation only increases the chances that more innocent people in America may suffer from the tragic and needless loss caused by gun violence.”

The letter is led by U.S. Representative Mike Thompson (D-CA-05).

A 2017 U.S. Department of Justice report found that since the adoption of the federal background check requirement in 1994, more than 3 million individuals—primarily people convicted of felony crimes, fugitives, and those convicted of domestic abuse—have been legally denied a firearm transfer or permit. However, a 2013 report found that up to 80 percent of firearms used to participate in criminal activities are obtained without a background check, such as in cases of unlicensed gun transfers.

Spanberger is a member of the Gun Violence Prevention Task Force, which was established in Congress after the tragedy at Sandy Hook Elementary School in Newtown, Connecticut. 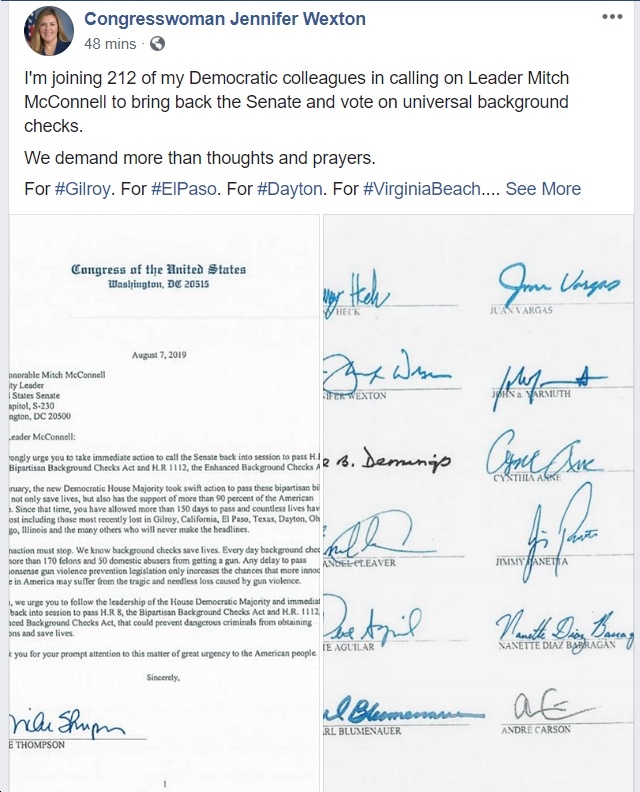 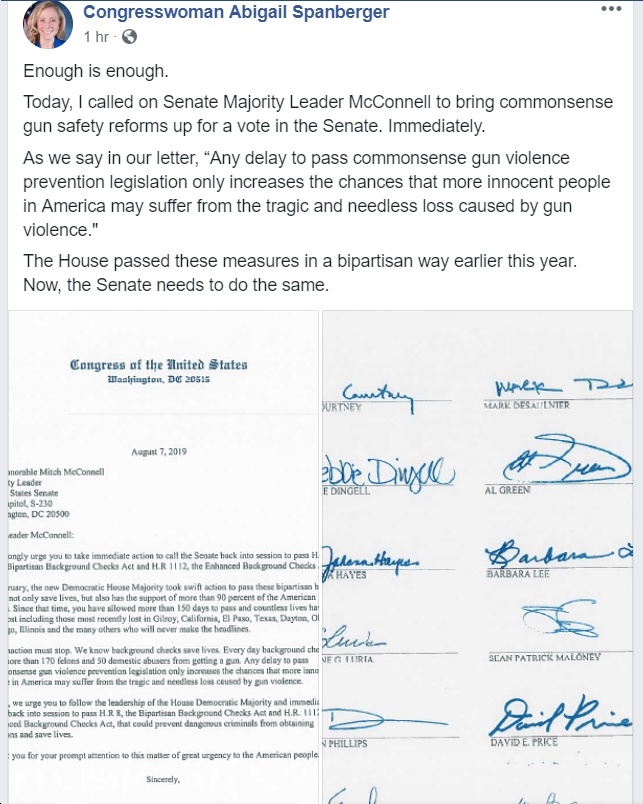 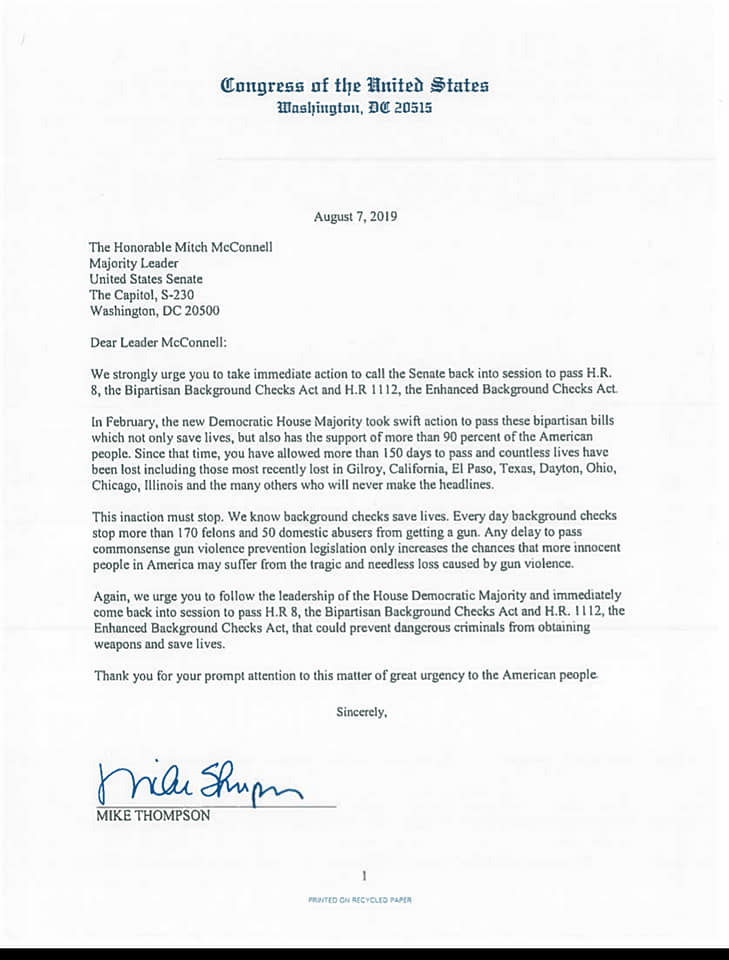 Video: Rep. Abigail Spanberger (D-VA07) Says President Biden’s Unity Message Was NOT Intended For Those Who Would Rise Up in Insurrection

Video – Rep. Spanberger Statement on Inauguration of President Joe Biden: “Today is a Moment of Optimism”

This says it all about VA GOP chair Rich Anderson...seditionist Ben Cline leaps to his defense after his racist "literal ghetto" comments https://bluevirginia.us/2021/01/tuesday-news-senate-power-sharing-deal-moves-ahead-biden-sets-sights-on-1-5-million-vaccinations-a-day-schumer-calls-for-biden-to-declare-climate-emergency-businessman-pete-snyder-jo#comment-5242449399