I always look forward to the new, annual update of Lazard’s “Levelized Cost of Energy” (LCOE) analysis, and this year’s edition doesn’t disappoint. See below for three key graphics from the report, which finds that: 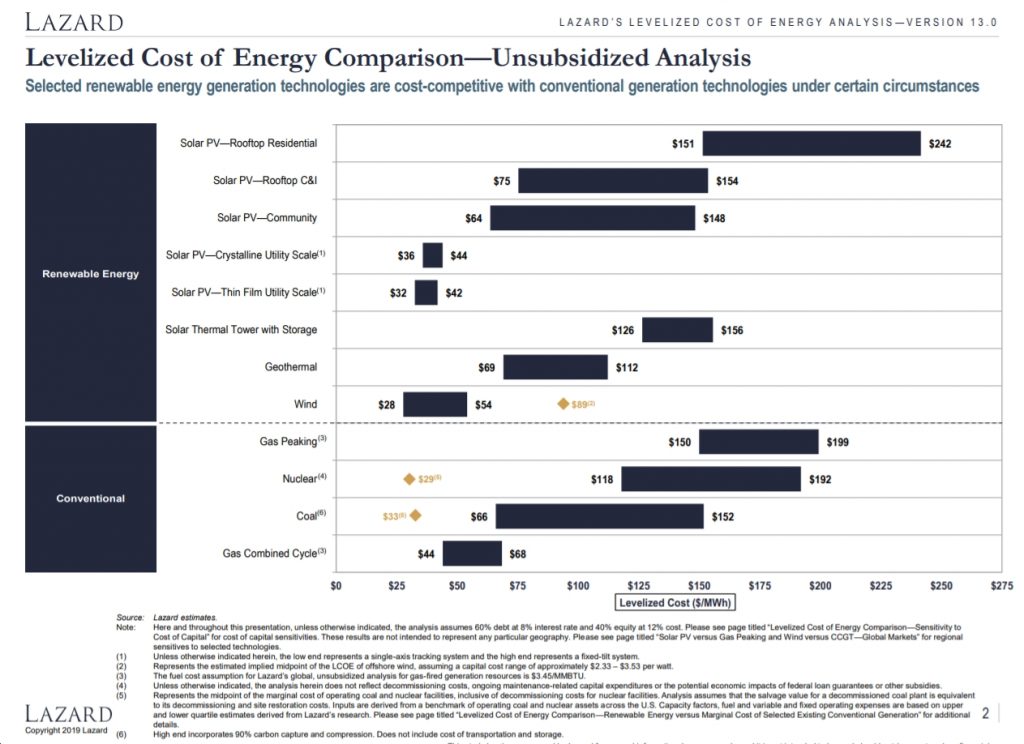 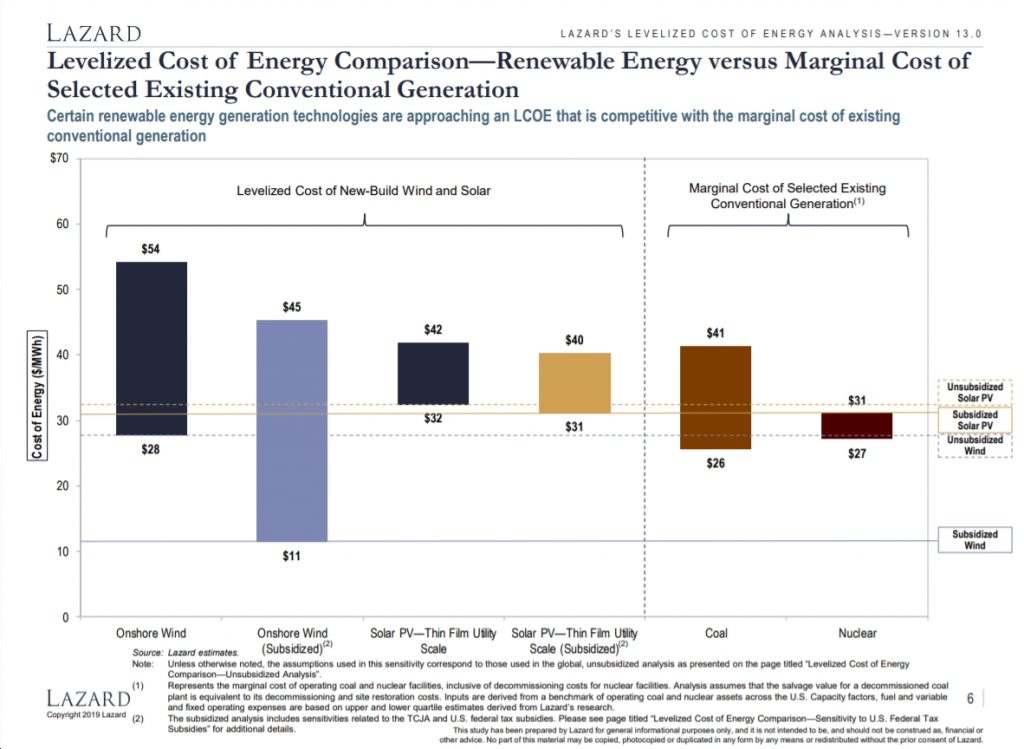 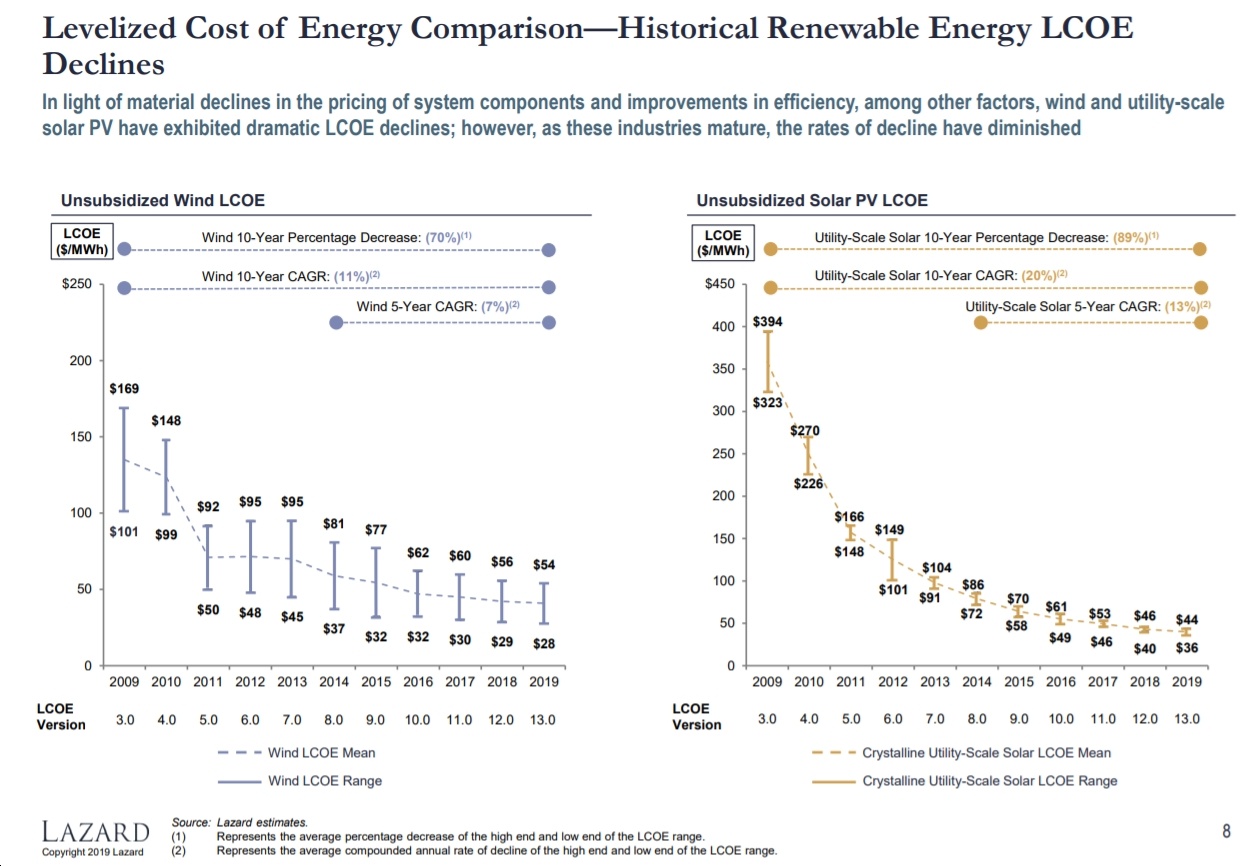 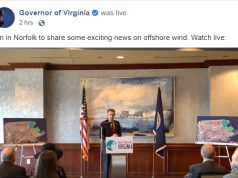 It's not all good news from the Virginia General Assembly... https://bluevirginia.us/2020/01/virginia-house-senate-take-major-votes-on-variety-of-subjects-also-honor-the-world-champion-washington-nationals#comment-4774893451