A standing-room only crowd gathered in the Arlington Government Building today at 4pm, to watch Arlington Clerk of the Court, Paul Ferguson, give the oath of office to Parisa Dehghani-Tafti, swearing her in as the next Commonwealth’s Attorney for Arlington County and the City of Falls Church. 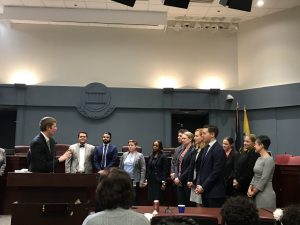 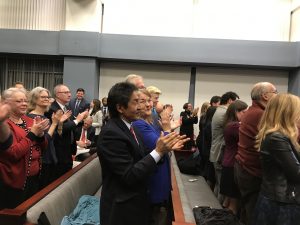