Del. Jennifer Carroll Foy: How We Can Support Virginians During the COVID-19 Pandemic 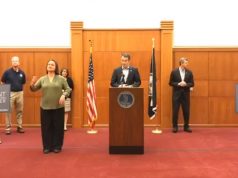