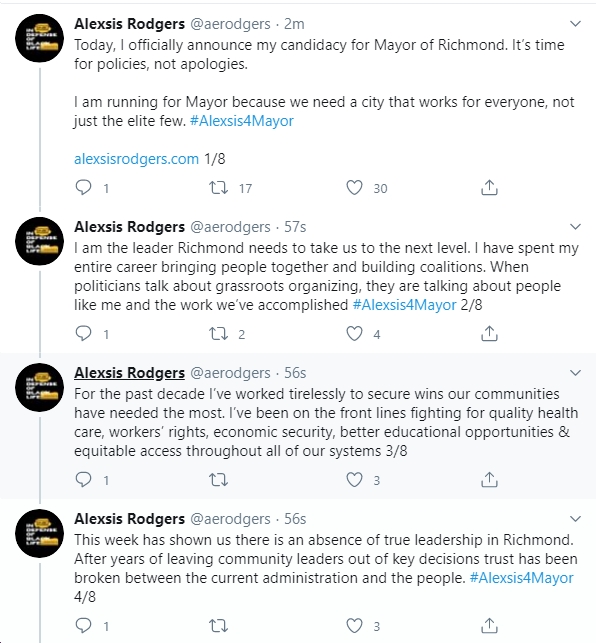 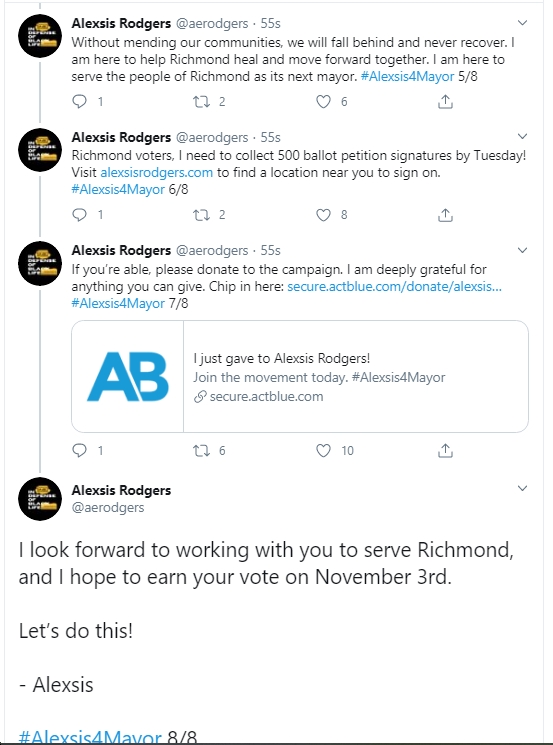 Things are never dull in Virginia politics, that’s for sure. That certainly includes Richmond right now, where the city has been a focus of national attention in recent days as – in the middle of the coronavirus pandemic – it faces protests over the killing of George Floyd; anger at Mayor Levar Stoney and the police over the teargassing of peaceful protests; debate about what to do with Confederate monuments; economic and other inequities; etc.

Meanwhile, politics and elections go on, with the next Richmond mayoral election set for this November, and with Mayor Stoney already facing three challengers – City Council (Ward 2) member Kim Gray, small business attorney M. Justin Griffin, and actress/businesswoman Tracey McLean.  The election, by the way, will be held under Richmond’s, uh, “unique” system, in which a candidate has to win 5 out of 9 city wards – a plurality, not a majority, required. And if no candidate wins five wards? Then there would be a runoff in December 2020 – popular vote and wards don’t matter, in that case. Got that? Very simple, right? LOL (note: Richmond went back to popularly elected mayors in 2004, when Doug Wilder won; he was succeeded by Dwight Jones, who served two terms, followed by Levar Stoney, elected in 2016). 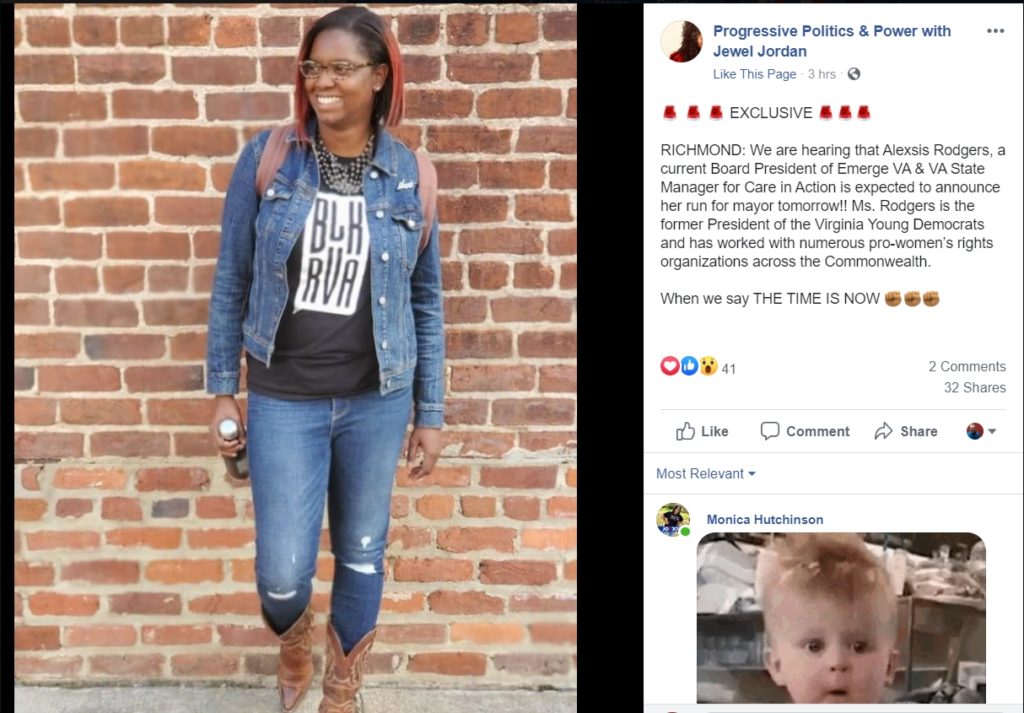 So who is Alexsis Rodgers? Here’s a quick summary of her background:

Also of interest, Rodgers was named the 2016 “Rising Star” by the Richmond chapter of the Public Relations Society of America. Rodgers was recently quoted in an NPR story on LG Justin Fairfax, which had the following exchange: 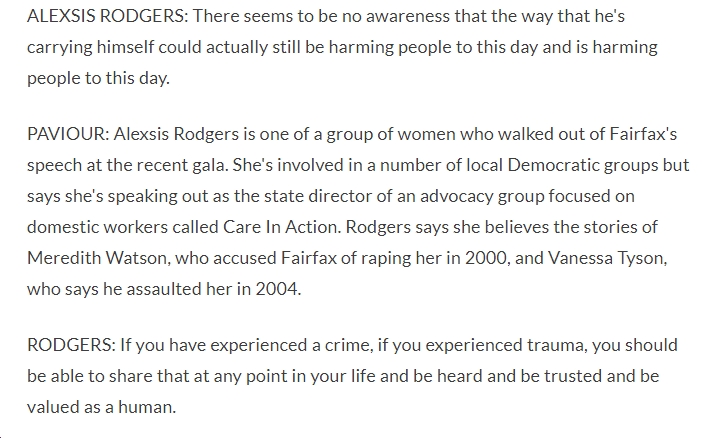 So, that’s some background on Rodgers. We’ll see what she has to say tomorrow, assuming she announces for Richmond Mayor, as the rumors have it…

What do you think this says about the people who VOTED for Bob Good?!? Seems like they're the ones at fault, more than anyone, especially since they had a *superb* alternative in @DrCameronWebb! https://bluevirginia.us/2021/06/tuesday-news-while-gop-obstructs-action-climate-crisis-in-western-us-is-worst-in-1200-years-as-mcconnell-effectively-dares-senate-dems-will-they-respond-critical-race-theory-invades-s#comment-5421335439 h/t @LarrySabato