“‪Words cannot make this right, and words cannot restore the trust broken this evening. ‬‪Only action. Only action will repair this community. Come to City Hall tomorrow at noon. I want to say sorry. I want to listen.”

See below for live video of Mayor Stoney’s meeting with the protesters, today at noon. Also, see below for what the scene looked and sounded like a few minutes before noon…

#BREAKING: Richmond Mayor Levar Stoney meets with protestors at City Hall, one day after police fired tear gas into a crowd of peaceful protestors on Monument Avenue. WARNING: This is a live feed. Some language may not be suitable for children. https://t.co/DpcqKCUKpn

UPDATE 1:14 pm – Mayor Stoney explaining that he’s not the Commonwealth’s Attorney or the District Attorney, but he will speak to them about protesters who were arrested. Mayor Stoney says he would like to join the people – “if you will have me” – for a peaceful march from the Capitol to the Lee monument at 6 pm. Pledges that disciplinary action will take place, “there will be an investigation.” Brandon Jarvis adds, ” He says he will speak with CA Collette McCeachin”

UPDATE 1:08 pm from Brandon Jarvis – “Mayor Stoney is supposed to be marching with the crowd from the Capitol building at 6 pm according to speakers.” Also, “There has been a lot of disagreement in the crowd as to who should be able to speak and if we should stand or kneel. The pain is real and it is pouring out of people in all directions.”

UPDATE 1 pm – Crowd chanting “TEAR THEM DOWN!” about Confederate statues. Speaker says these statues are symbolism of white supremacy, that is NOT the United States, it’s the Confederacy, “that’s not us.”

chants in reference to the statues on Monument Avenue pic.twitter.com/ITuIFecvhA

UPDATE 12:58 pm from @Jaaavis – “Speakers from the crowd says the people deserve the names and badge numbers of the officers so that ‘we can hold them accountable'” 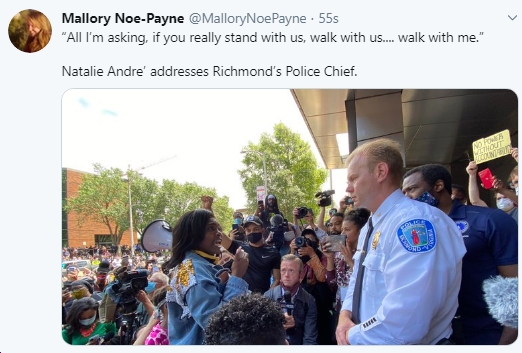 UPDATE 12:44 pm – Police Chief now attempting to speak. Apologizes for the “mistakes we have made.” Commits to try to make things better. Very hard to hear what he’s saying over all the noise…Police Chief takes a knee for a few seconds. Also, from @zklosko – “We are trying very hard… I hate to see people get hurt” – RVA Police Chief. 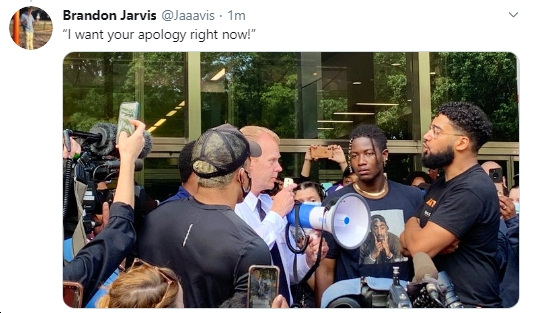 UPDATE 12:42 pm from Brandon Jarvis: “There is now an argument between protestors over who is actually involved and who should be allowed to speak to the crowd. ‘This is an oppurtunity to split us and give the administration a win’ says @ChelseaWiseRVA as a few members of the crowd call her out for not being at the peaceful protest yesterday.”

UPDATE 12:37 pm – Activist now reading a list of demands regarding police conduct, such as deescalation protocols, when deadly force can/can’t be used, chokeholds and restraint policies… 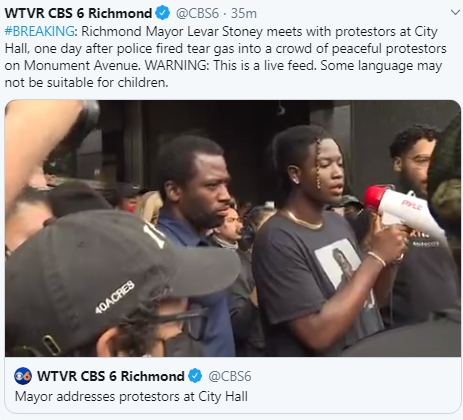 UPDATE 12:31 pm – Mayor Stoney promises to expedite disciplinary action, to work within the system to fix it so that this never happens again. Says he can’t give people all the answers, but what he can do is commit that this will never happen again. “And I will watch with you, I will stand with you, I will be with you!” 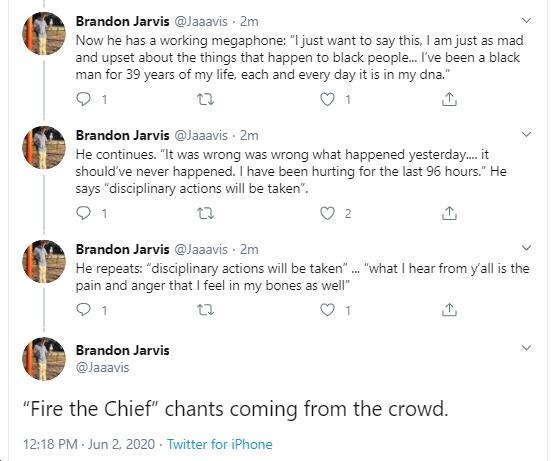 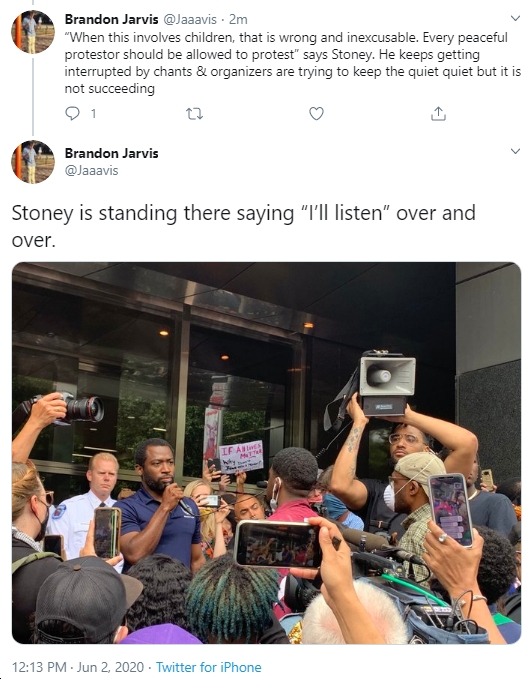 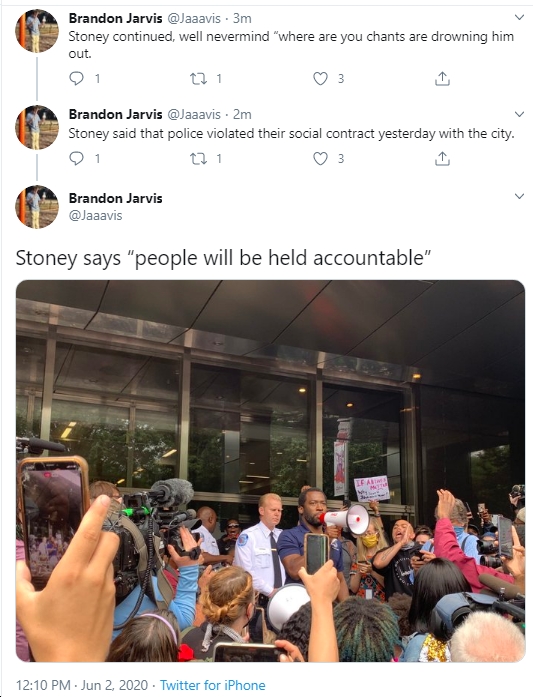 Another woman has walked up with a bull horn. pic.twitter.com/Kdb2RkYM1m

I am outside of City Hall where Mayor Stoney is expected to apologize to the crowd for the police tear gassing peaceful protestors last night pic.twitter.com/NtkI5x8A7c 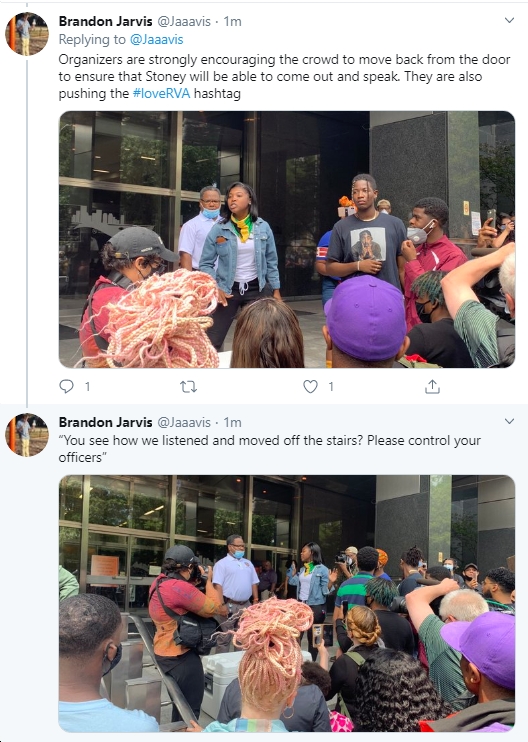 Mayor Stoney was supposed to be here at noon. pic.twitter.com/twBVClDZfQ 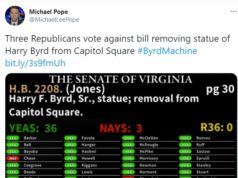 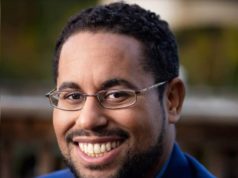 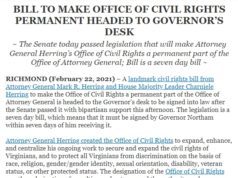