Last week, we posted about Del. Lamont Bagby’s tweet on Richmond Circuit Court Judge Bradley Cavedo’s college newspaper posting back in 1977. Among other things, Cavedo – who recently “issued an injunction…barring the city of Richmond from removing any more Confederate monuments” – wrote back in 1977 that:

President Carter’s “instant voter registration plan” will “allow the parasites of this nation to become the dominating force in politics…[people] who pay next to nothing in taxes and soak billions from the government in various forms of relief, do not bother to register in advance of an election and therefore usually do not vote.”

That’s right, “parasites of this nation” might be able to – gasp! – vote more easily. Lovely, eh? Again, though, this was over 40 years ago, so perhaps Cavedo’s noxious, bigoted views have moderated since then? Brad Kutner of Courthouse News takes a look: 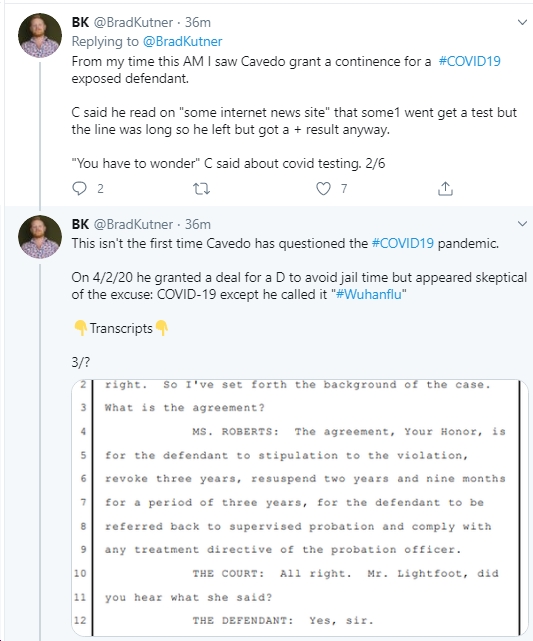 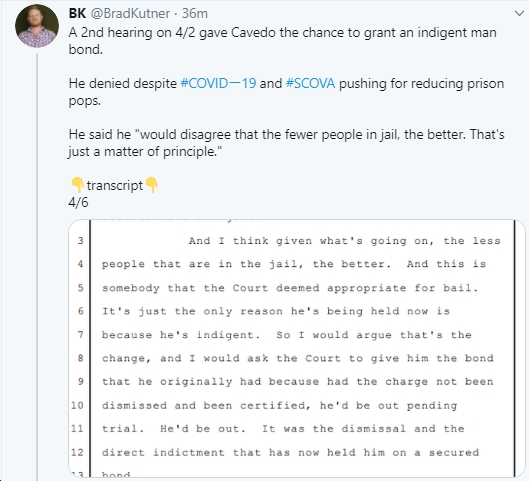 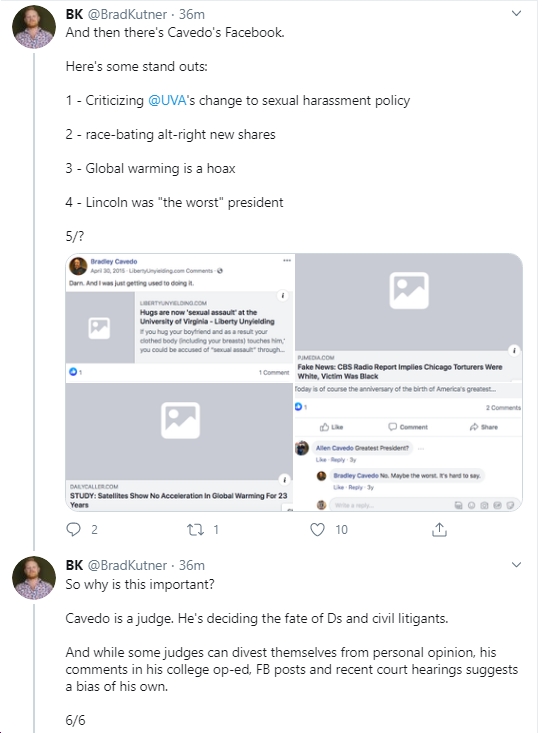 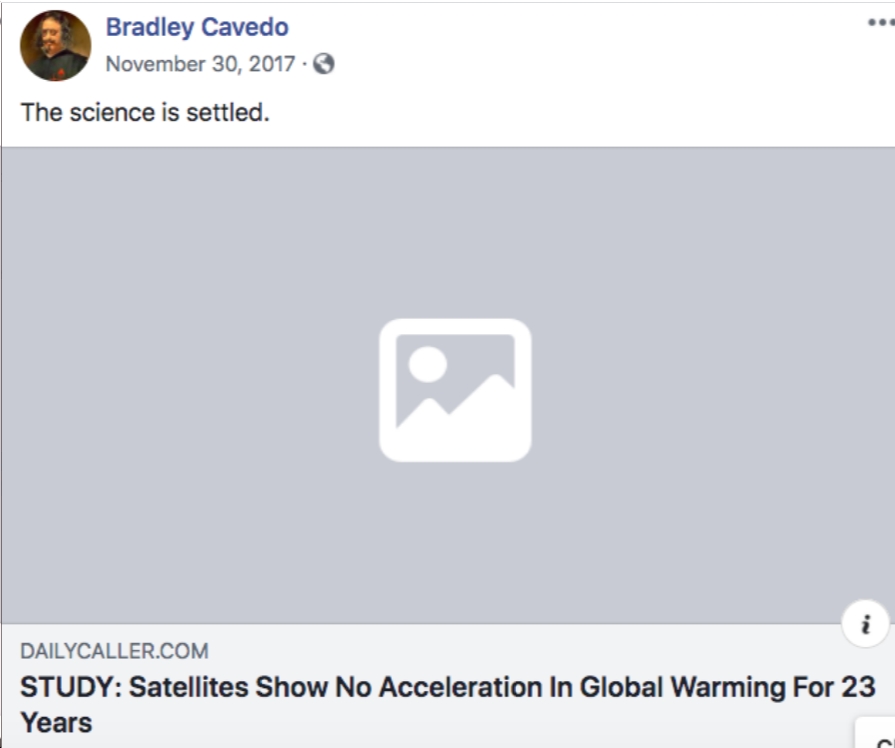 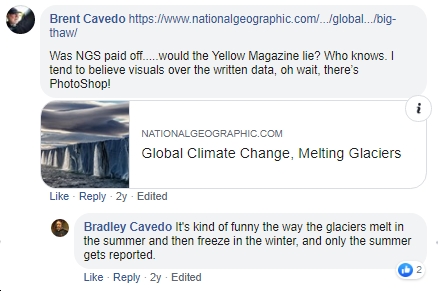 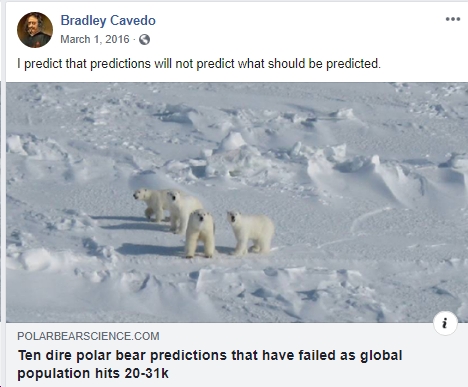 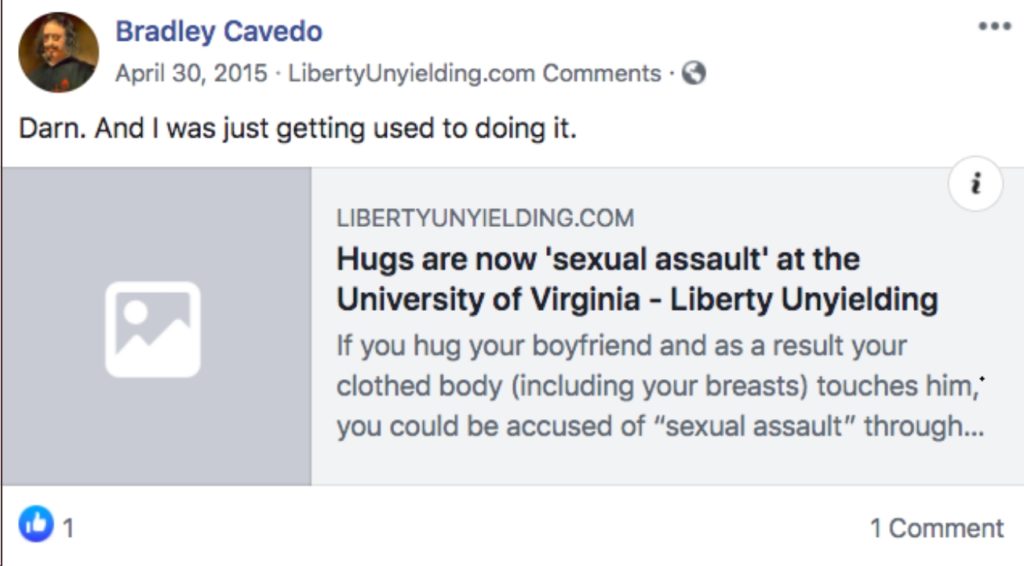 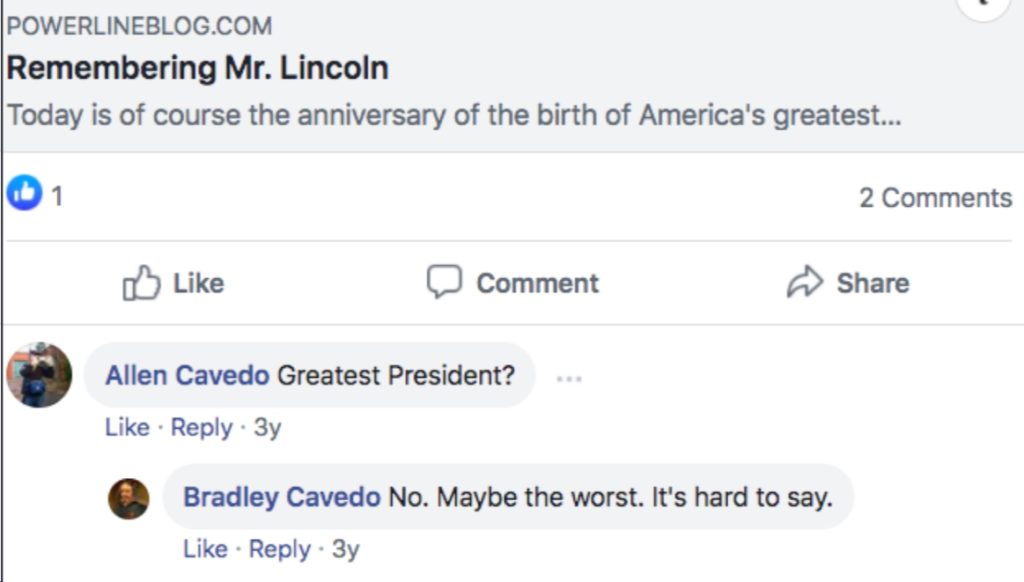 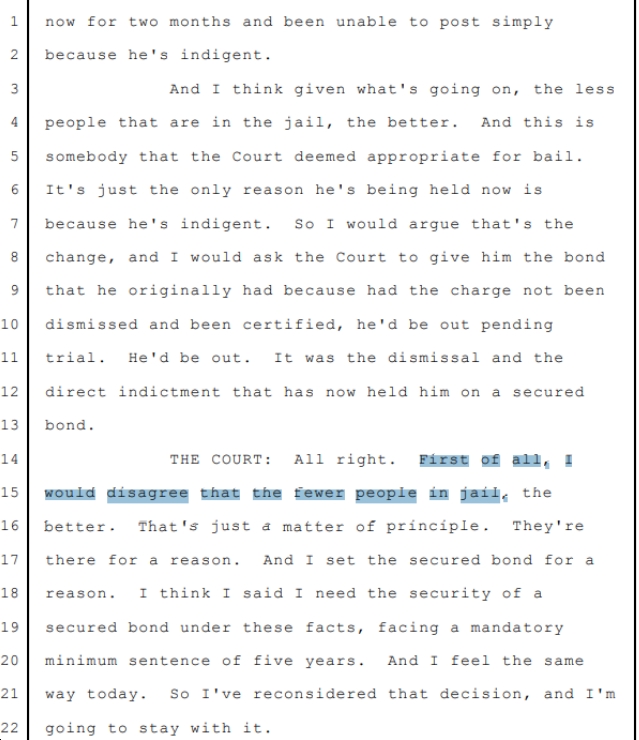