A judge issued an injunction Thursday barring the city of Richmond from removing any more Confederate monuments, a process that began last week after Mayor Levar Stoney ordered the statues cleared away amid weeks of protests over police brutality and racism.

Richmond Circuit Court Judge Bradley Cavedo issued the decision after a hearing in a lawsuit filed Tuesday by an unnamed plaintiff, local media outlets reported. The lawsuit asked for an emergency injunction to halt the removal of the statues and alleged that Stoney violated state law by ordering their immediate removal.

Yet this is the same guy who once wrote – albeit a long time ago, back in 1977, but still…sheesh – that he was going to leave the country because of:

By the way, I think we all are WELL aware of who Cavedo was referring to in that last bullet point, by the way, as well as in the first bullet point. And yet, apparently, 40+ years later, this is now – as Del. Lamont Bagby, Chairman of the Virginia Legislative Black Caucus, puts it in the following tweet – “the same Cavedo that is presiding over the legal over monuments in [Richmond, Virginia].” Yikes. Let’s just hope Cavedo’s views have changed a *great* deal since then, because if he holds any of those same views today, it’s simply not compatible with being a judge dealing with anything related to racial (in)justice, Confederate monuments, etc.

P.S. The patron of the resolution which nominated Cavedo to a judgeship back in 2003 was none other than our old pal, then-Delegate Bob McDonnell. See screenshot, below. Also note that the Virginia House of Delegates was overwhelmingly Republican-controlled in 2003, and the State Senate was also Republican-controlled. 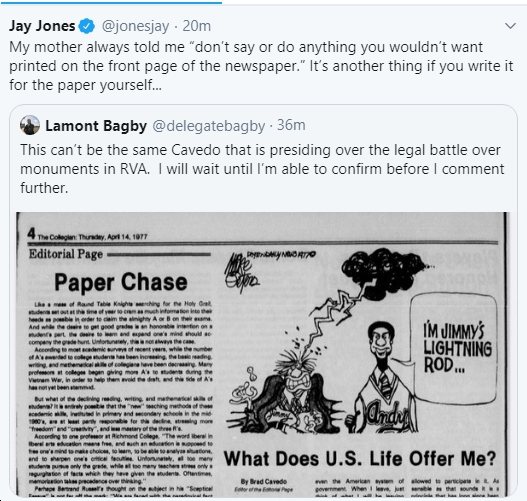 But this is highly problematic. Busing “caused more upheaval in my life the most people could imagine”, “instant voter registration” will mean “the parasites of this nation to become the dominating force in politics”. It goes on and on… Who is this guy? pic.twitter.com/gmnL8MGAOA 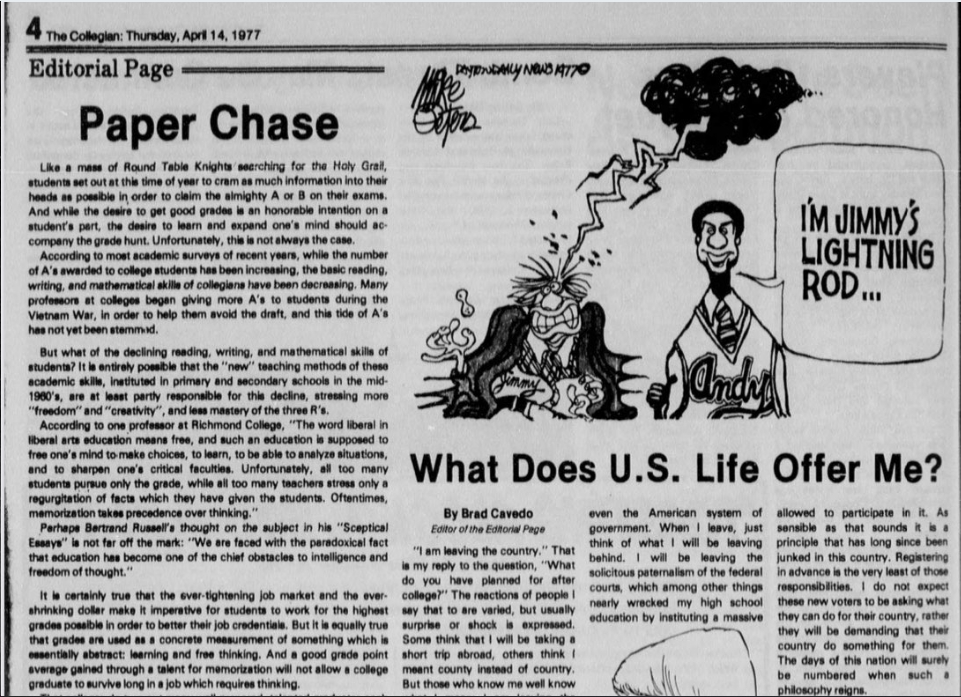 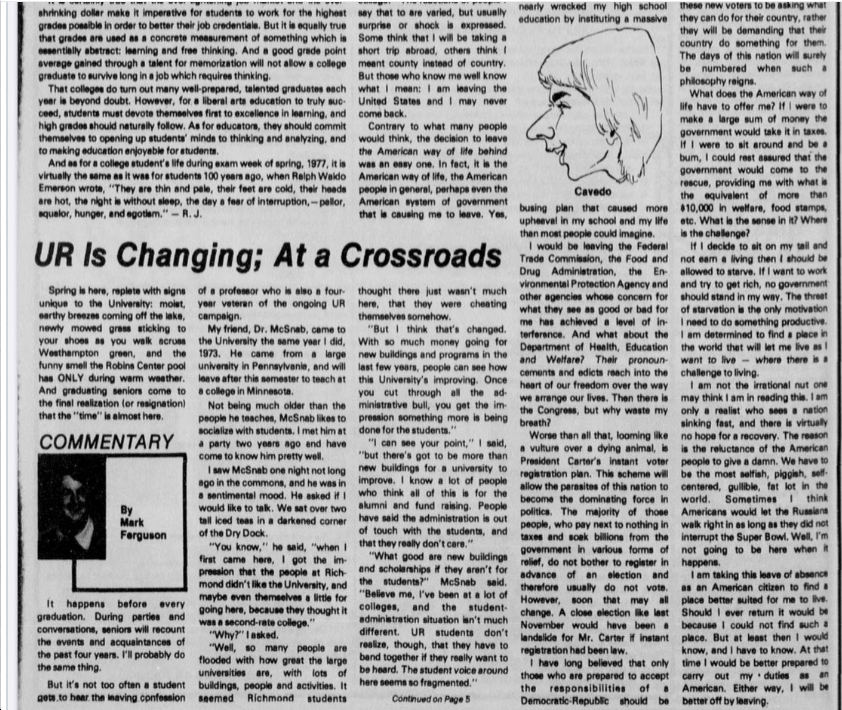 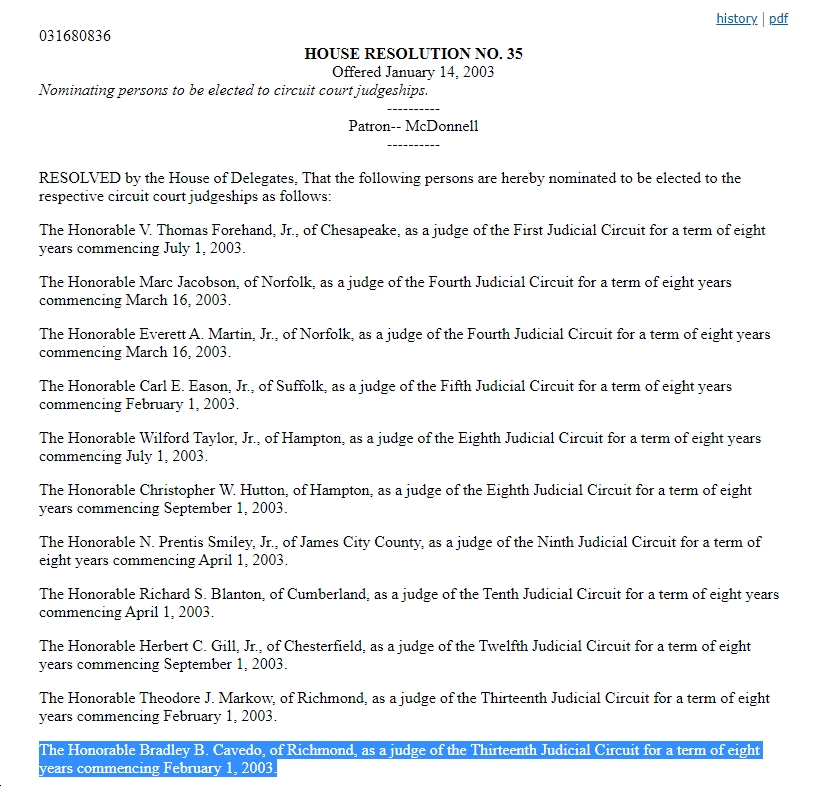