Yesterday, the Virginia GOP’s State Central Committee met for many hours, argued for hours (often acrimoniously) over its never-ending quest to figure out which method of nomination (primary? unassembled convention? other?) to use for its 2021 candidates, to spew out the most outlandish conspiracy theories imaginable, etc. By the end of the day, clearly tempers were fraying, so when one member asked Chairman Rich Anderson about a completely different – and sore – subject, namely the Virginia GOP’s headquarters, clearly he didn’t appreciate it. Check out the following exchange, which is VERY revealing as to the state of the Virginia GOP and the GOP in general right now.

Carey Allen: “I just wanted to ask…where we are with the [Virginia GOP headquarters] building…”

Rich Anderson: “No decisions have been made about the building just yet. The cost to repair the furnace and the HVAC system is about  $37,000. THIS is the Republican Party of Virginia that I inherited. I intend to roll my sleeves up with this team and fix this, but at the appropriate point.  We can only do so many things. I intend to do that, Carey, because this staff deserves to have a world-class facility, not the literal ghetto they now live and work and serve in.”

[“We ARE in open session right now, guys”]

Gotta love that last comment, with one member reminding Anderson that the meeting was being publicly broadcast. D’oh! BTW, for the record, Anderson misused the word “literal” (the VA GOP headquarters might very well be a run-down disaster, but what Anderson meant to say was “figuratively” not “literally – duh). Also, note that “ghetto” is defined in the dictionary as “a part of a city, especially a slum area, occupied by a minority group or groups.”  Verrry interesting – and also verrry revealing – that this is the word that the head of the nearly all-white Trump GOP, Virginia Edition, would use. 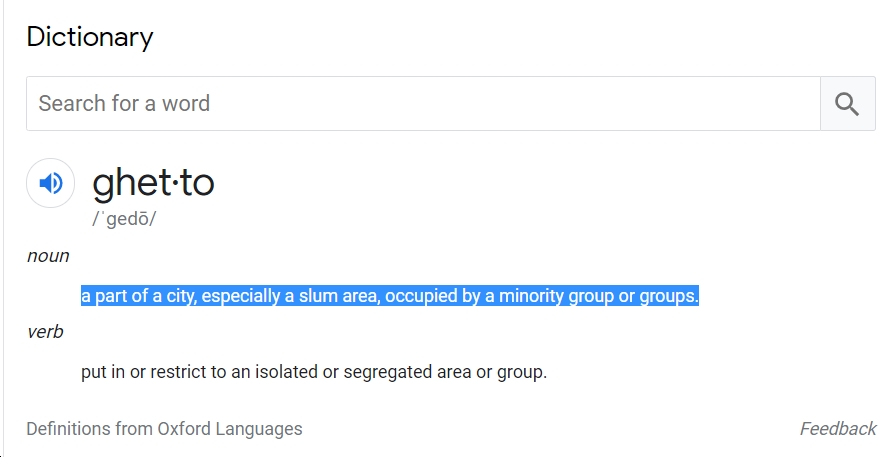