There’s new polling this morning from YouGov (a “B”-rated pollster by FiveThirtyEight.com) on the Virginia governor’s race. The good things about this poll are that it covers both the Republican and Democratic races, and that it push the “undecideds” as to which candidate they are leaning towards. And with that, the results are…

Note that the question for Republicans is wrong, as they are NOT having a primary, unless something dramatically changes in the next couple weeks. And I’m not sure how on earth you’d poll for that one, since it’s either going to be some sort of “unassembled convention” or even the VA GOP State Central Committee’s 72 members selecting their party’s statewide nominees. So take that one with a huge grain of salt.

As for the Democrats, you can compare the results of this poll to:

So basically, this new poll by YouGov is fairly consistent with the internal McClellan poll, with the huge exception of Justin Fairfax, who was at 16% in McClellan “internal” but just 4% in the YouGov poll. On, and Lee Carter was included in the YouGov poll, starting off at 5%, which is very close to McClellan’s and Carroll Foy’s 6% each. We’ll see how much this changes as the huge “undecided” number comes down over the next few months… 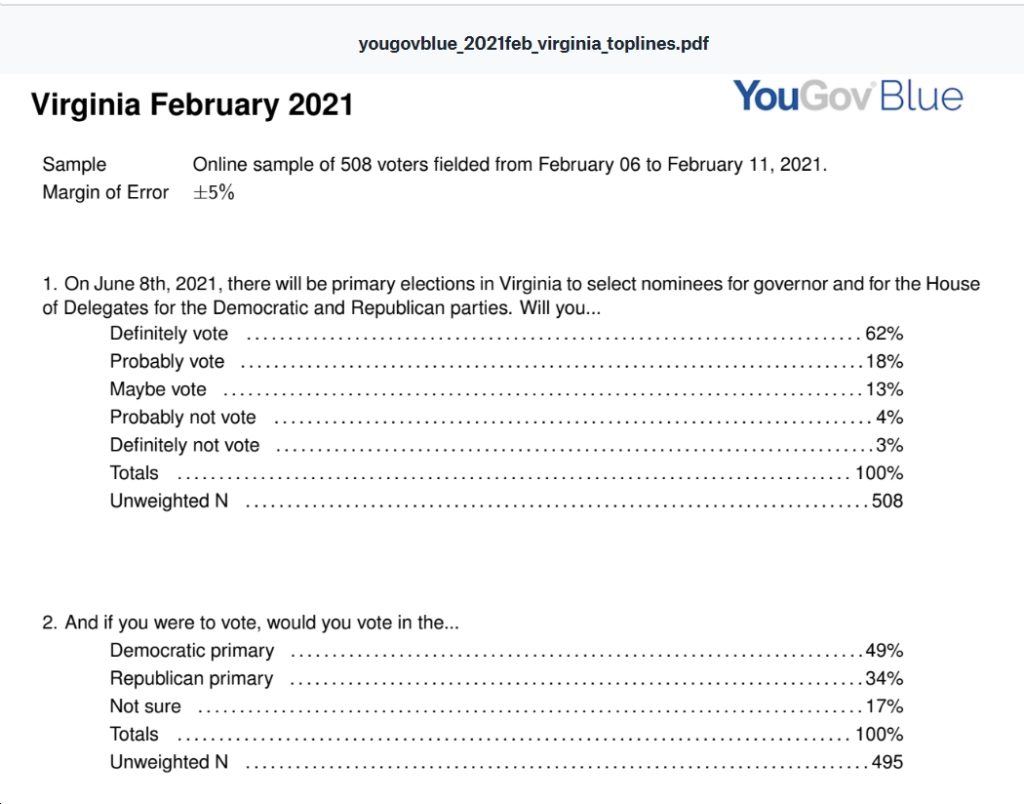 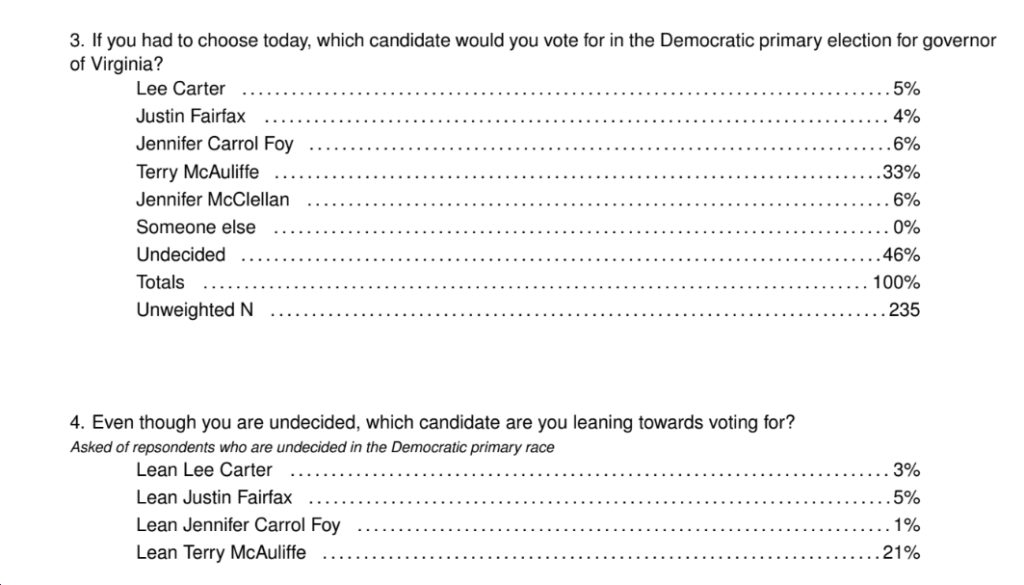 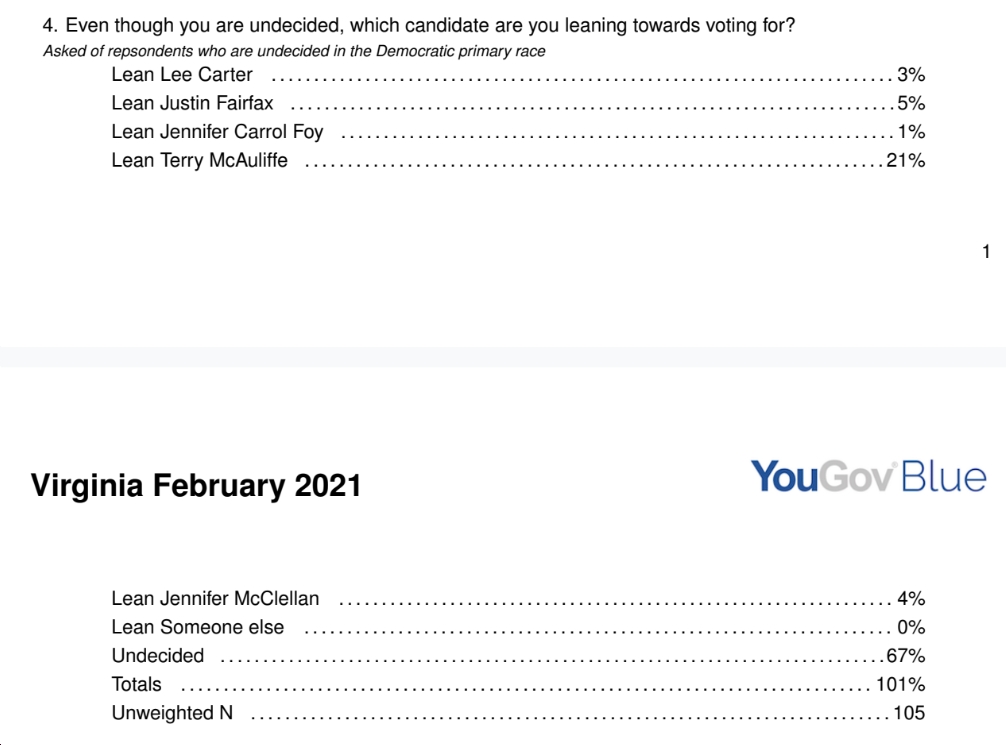 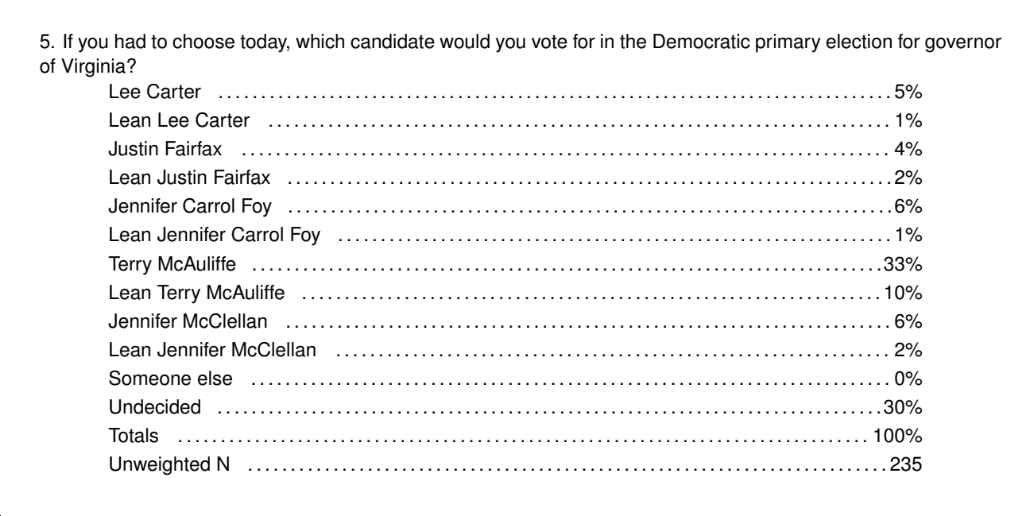 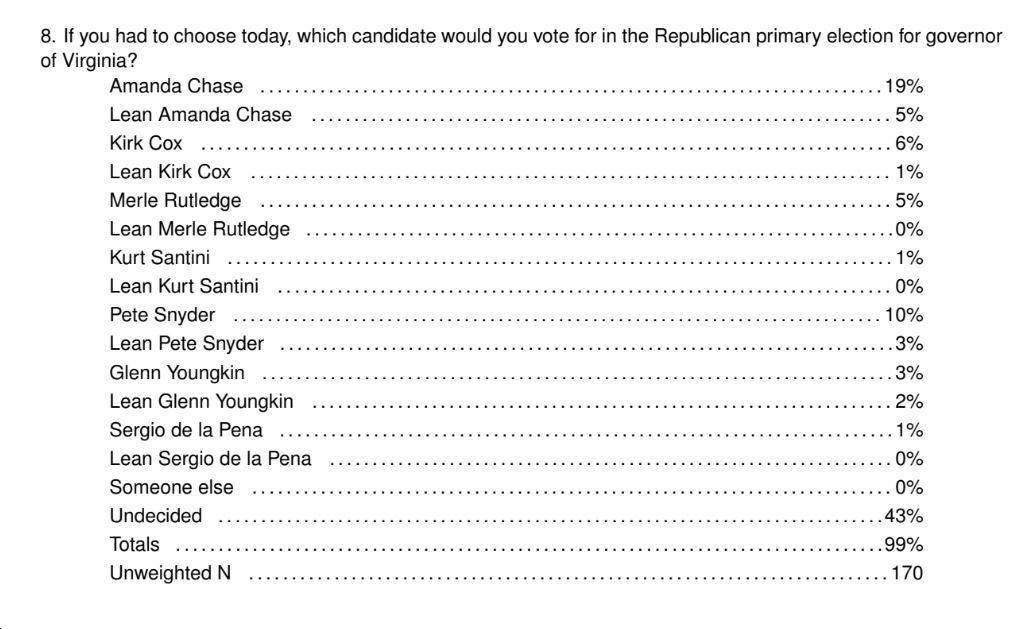